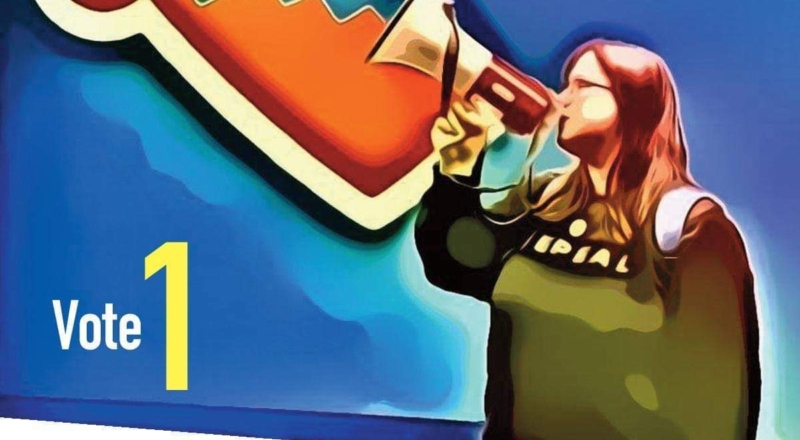 Have you held a previous elected position? No

As a Repeal activist I saw the difference we can make when we fight for change. These elections are taking place on the eve of the Repeal referendum and we need to build on that success and challenge the system. I am running as a Socialist-Feminist voice for workers, women and the planet.

We are fighting for a society based on public need not private greed. As a 29 year old childminder struggling to afford my rent in Dublin city I understand the issues facing young people. I want to get elected to provide the movement with a platform in the European Parliament and be the best fighter for young people, workers and women.

Young people have an important role to play in social movements on women's rights, housing, climate crisis. For the last six years I have been campaigning for abortion rights and I intend to continue to mobilise young people to step into action to fight on the issues we are all facing and which main stream politics continue to ignore.

What parliamentary group will you sit with in the EP and why? GUE/NGL

The Housing Crisis, low wages and precarious conditions, underfunded mental health services and the environmental crisis are some of the biggest issues. I will join with young people, workers and women in waging a battle on all of these issues.

We are calling for:

WORKERS:
-A €15 an hour minimum wage & a serious trade union campaign against precarious conditions
-Young workers should not be enduring 0 hour or short-term contracts, tip theft or minimum wage exemptions

MENTAL HEALTH
-Free counselling services for all who need them
-Increase funding to mental health services, de-stigmatisation and awareness raising campaigns won't be enough when you're put on a long waiting list when you do look for help
-Capitalism puts people under enormous pressure which can result in poor mental health, end the housing crisis and increase wages to remove the threat of homelessness and destitution

As well as arguing for educational and other supports for young people inside the Parliament I would be an assistance to youth movements and protests outside the parliament trying to put pressure on the political establishment who dominate the European Parliament.

We made history last year by repealing the 8th, let's use these elections to continue the fight for full equality.

Share this article -
Published May 9th, 2019
Tags EE19
Can this be improved? Contact editor@spunout.ie if you have any suggestions for this article.
Jump to related articles
Was this article helpful?