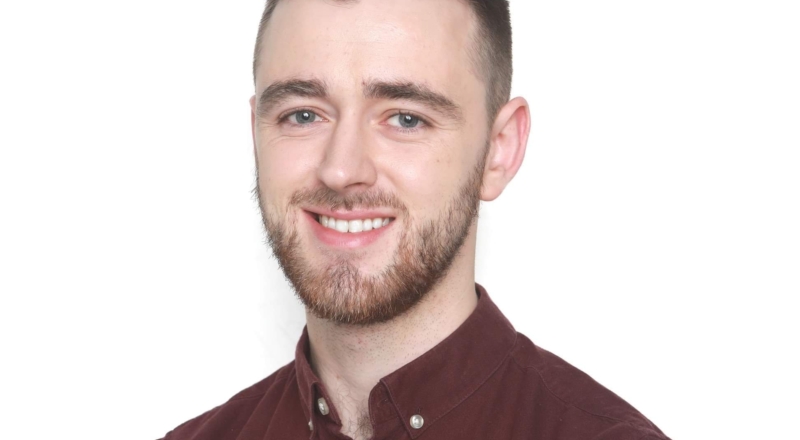 Conor Reddy is running as a candidate in the 2020 general election in the Dublin North West constituency.

Candidate's stance on the issues that matter most to young people:

As a climate activist and member of Extinction Rebellion Ireland, I strongly believe in System Change and the Just Transition. The scale of the emergency we are facing demands radical climate action, not just changing our individual behaviour. I believe that we should be going after major polluters, like the 100 companies that have accounted for 71% of emissions since 1980 – we should tax them and use the money to transform society. We need to keep fossil fuels in the ground, stop the Shannon LNG and invest in policies like free, green public transport, mass retrofitting and paying farmers to grow native forests. Carbon taxes on individuals are ineffective and not the answer. People Before Profit have a fully costed Ecosocialist Manifesto, which serves as a starting point for delivering system change at the scale required.

I’m most known for my work as a housing activist and I am currently studying for a PhD in homelessness and ageing. As an activist I was a leading member of Take Back The City last year, I have organised student renters through Cut The Rent TCD and I have helped to organise major national demonstrations with the National Homeless and Housing Coalition. In housing it is reliance on the private market that has caused the crisis – to tackle this we should build public affordable housing on public land, ban evictions into homelessness, implement proper rent controls and introduce a constitutional right to housing. PBP TDs introduced a Housing Emergency Bill to enable the state to take emergency action on housing and draw low interest finance from Europe to build housing – if elected I would prioritise reviving similar legislation.

Almost everyone I know has been affected by poor mental health at one stage or another, myself included. I had to repeat a year of college when I was suffering a particularly bad bout of depression so I know first hand how difficult it can be. Public mental health services are not easy to access, waiting lists are far too long and treatment/management options in the public system are not broad enough. This is in part due to drastic funding cuts made by FF and FG during austerity, these cuts have cost lives. But it is a consequence of the alienation, loneliness, competition and exhaustion we experience in capitalist society while trying to get by. We need to prioritise restoring and expanding funding for vital MH services but we also need to tackle the root causes of poor mental health by building a health, happy society where people’s basic needs and wellbeing come first.

I was a founding member of the TCD group Students Against Fees which successfully mandated TCDSU to support free, publicly funded higher education for everyone, opposing loan schemes for third level. Following on Students Against Fees I was a leading member of Take Back Trinity in 2018 a grassroots student campaign that forced TCD to reverse the planned introduction of supplemental exam fees and an increase in International student fees. PBP-Sol are the only party who propose completely free, lifelong education, increasing maintenance grants and expanding eligibility thresholds – we have costed these policies for our annual alternative budget statements and they are feasible models for addressing the funding crisis while also expanding access. At primary and secondary level, we support pay parity for teachers, introducing maximum class sizes and new subjects to enhance civic engagement. You can read more on our website.

Coming from Finglas, an area with a high level of deprivation, youth unemployment and disadvantage – I’ve seen the drastic effects of cuts made to youth services by FF, FG, Labour and the Greens in government since 2007/8. Young people in my area too easily fall into a cycle of criminalisation, marginalisation and hopelessness. This was not so much the case prior to cuts to youth services. I support the restoration and expansion of funding for youth services to provide a positive outlet for young people, guidance and support from wrap around services focussed on mental health and personal development. I am currently campaigning for a scrambler bike park with wrap-around youth services in Finglas-Ballymun.

Direct Provision is a national shame. It is a racist, dehumanising system that aims to create a “hostile environment” to deter refugees and asylum seekers from coming to Ireland. I like many others believe we need to end direct provision. I also believe we need to repeal the racist 27th Amendment on citizenship rights that has been used to issue deportation orders to young people born and raised in Ireland, knowing no other life. As a socialist and Internationalist, I am against borders of all kinds – there is one race, the human race. Despite what some suggest, it is not refugees or migrants that are to blame for the many crises we face in this country, it is a tiny minority at the top of society who profit off human misery – division and racism only benefits them. I am a proud member of United Against Racism and was active in the Boycott Aramark/End DP campaign in TCD while I was a student. Whether I’m elected or not, I will fight alongside people in DP to end the rotten system and guarantee the right to a decent life for all.

Share this article -
Published Jan­u­ary 30th, 2020
Last updated Octo­ber 25th, 2020
Can this be improved? Contact editor@spunout.ie if you have any suggestions for this article.
Jump to related articles
Was this article helpful?