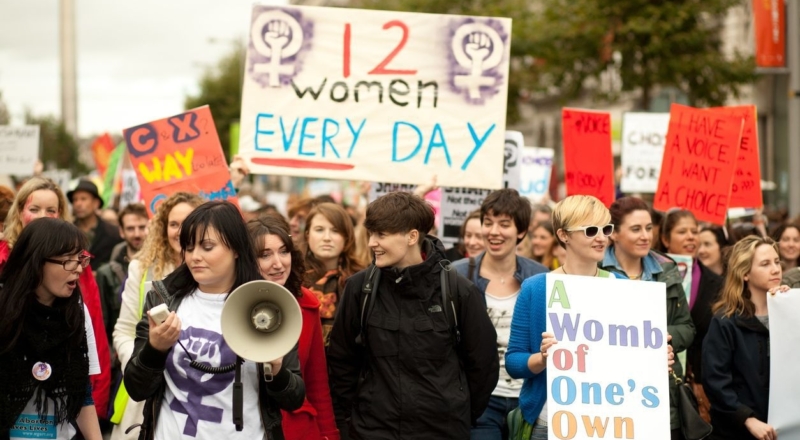 Referendum on the 8th Amendment to be held in May 2018

The Coalition to Repeal the Eighth Amendment has welcomed the announcement

It was announced on Monday, 29th January, that the government is to hold a referendum to repeal the 8th Amendment of the constitution, which gives equal right to life to both mother and foetus, and therefore bans legal abortions in Ireland except where the pregnant person’s life is in danger, including at risk of suicide.

An Taoiseach Leo Varadkar, along with cabinet colleagues Simon Harris (Minister for Health) and Katherine Zappone (Minister for Children), made the announcement late last night that a referendum is to be held in late May, giving Irish people the chance to vote on the Amendment for the first time in 35 years. The last time Irish citizens voted on the 8th Amendment was when it was introduced by a referendum held in 1983.

In his statement, the Taoiseach said “we already have abortion in Ireland but it is unsafe, unregulated and unlawful. We cannot continue to export our problems and import our solutions”

Two other referendums on abortion have been held since the introduction of the 8th Amendment in 1983. The first was in 1992, and successfully guaranteed the right to learn about and travel for legal abortions in other countries. The second was in 2002, in which voters rejected a proposal to ban abortions including in cases where a pregnant person’s life was threatened by suicide.

Coalition to Repeal the Eighth Amendment

The Coalition to Repeal the Eighth Amendment is an alliance of over 100 organisations in Ireland, including human rights, NGOs, health, and community organisations, who support the repeal of the 8th Amendment.

For more information on the Coalition, visit www.repealeight.ie

Share this article -
Published Jan­u­ary 30th, 2018
Tags abortion 8th amendment eighth amendment
Can this be improved? Contact editor@spunout.ie if you have any suggestions for this article.
Jump to related articles
Was this article helpful?

What is the 8th Amendment?
Register To Vote
What is abortion?