Hurricane Ophelia & Red Weather Warning: What you need to know 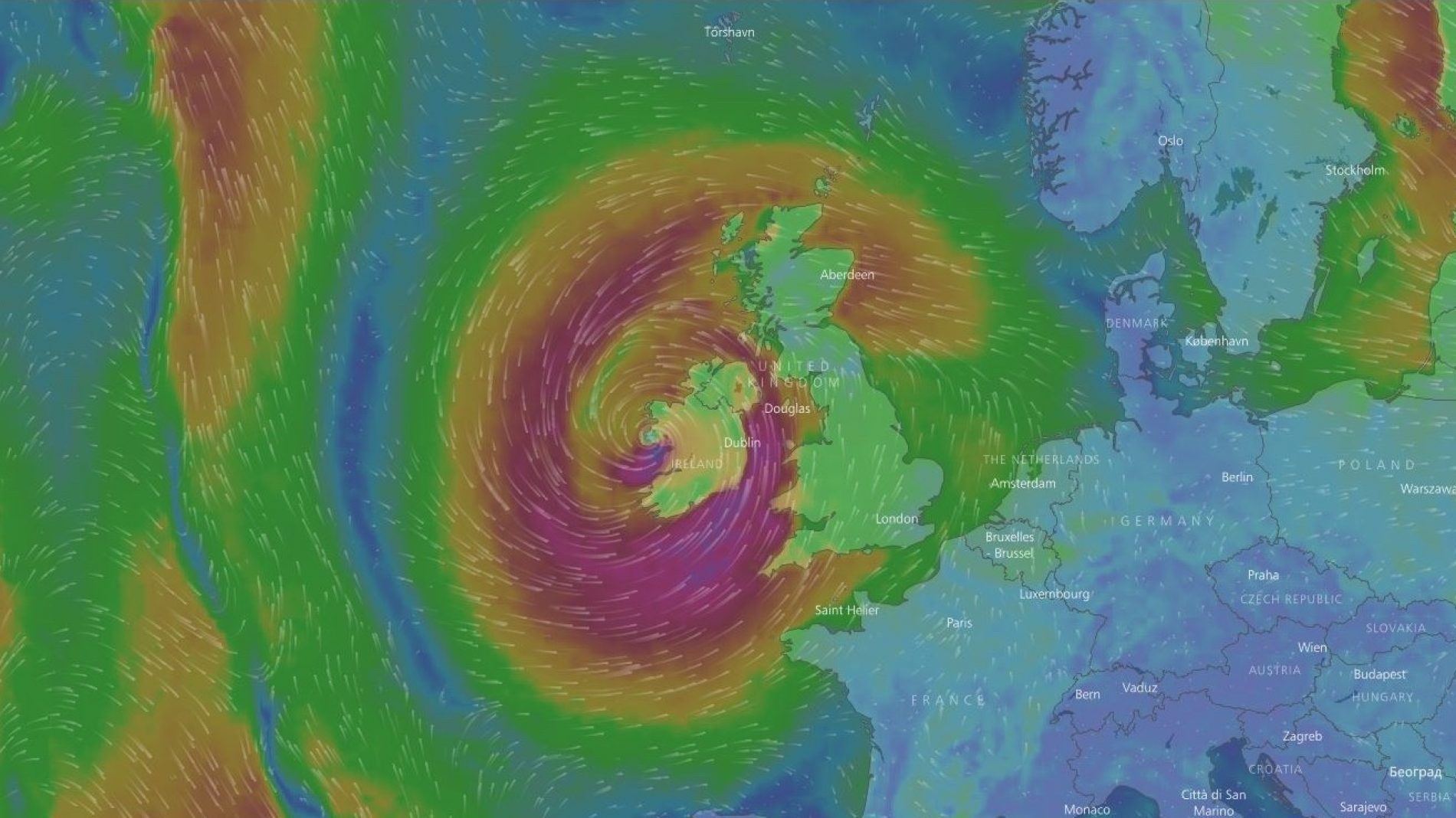 What is a RED weather warning?

There are three levels of weather warning; YELLOW (be aware), ORANGE (be prepared), and the most serious is RED (take action).

According to Met Eireann the issue of RED level severe weather warnings is a rare event and means people in areas issued with a red warning should take action to protect themselves and/or their properties.

This could be by moving themselves and their families out of the danger zone temporarily; by staying indoors; or by other specific actions aimed at reducing the effects of the weather conditions.

What is this particular RED warning for?

Met Eireann have issued a 'Wind Warning' for the whole of Ireland.

As ex-Hurricane Ophelia is forecast to move directly over Ireland during daytime Monday, violent and destructive gusts are forecast with all areas at risk and in particular the southwest and south in the morning, and eastern counties in the afternoon.

Heavy rain and storm surges (rising water) along some coasts will result in flooding.

There is potential risk to lives, and this warning should be taken seriously.

Should I be worried, how bad is it going to be?

Ireland has not experienced wind speeds like the ones predicted for Ireland on Monday in a very long time, so it's hard to know what will happen.

Weather forecasters are urging us all to stay indoors as a precaution and to take certain steps to stay safe (see more below).

It is a good idea to check on vulnerable people (older people, people living with disabilities, and others) to make sure they will be safe tomorrow and that they have everything they might need.

Hopefully, the storm will pass over Ireland with little damage, but it is best to be prepared for the worst case scenario.

Do not worry too much as it can sound scary, especially with the media hype, but this is a rare weather event and the warnings help us to prepare and take the storm seriously.

How will I be affected?

Everyone is being advised to stay indoors on Monday and all unnecessary travel is to be avoided.

The Government have confirmed all schools, colleges, universities, and creches will be closed for the day. It has also been confirmed that primary and secondary schools will remain closed on Tuesday, October 17th.

Many hospitals have confirmed that appointments have been cancelled, although Accident & Emergency Departments will remain open.

Many local authority services like libraries and leisure centres will also be closed.

I work, what should I do?

If you work and you haven't yet been given insructions by your employer, it might be an idea to get in touch with your boss to check the situation.

Some employers will suggest employees work from home, and if they don't you could suggest it yourself.

If you think travelling to work would put your safety at risk you should stress this with your employer and inform them you are staying indoors at home.

If you have no choice and have to travel into work tomorrow, make sure you travel safely, keep an eye out for falling debris, fallen power cables and definitely don't cycle a bike to work in high winds.

Keep an eye on social media for travel disruption updates.

RTE Radio One's Morning Ireland programme has promised to keep commuters up to date in the morning also, so it would be a good idea to tune in.

What happens if I run into difficulty?

In an emergency, call 112 or 999 immediately and ask for the emergency service you need; gardai, ambulance, fire brigade or coast guard.

If there are trees down in your area or you notice other things which your local authority can assist with, you should give them a call.

Other advice from the National Emergency Coordination Committee on Severe Weather:

Here are some of the updates on transport around the country:

Some helpful updates as of Sunday night:

All schools are to remain closed tomorrow Tuesday October 17th.

We wish to confirm that all our services are cancelled until 5am tomorrow morning #ophelia @rtenews @TodayFMNews see https://t.co/aXY6WF434U

Just in: there’ll be NO @Luas services tomorrow morning (on EITHER line), due to #Ophelia damage to a technical room at the Red Cow depot

If driving in strong winds, speed should be reduced & extra distance should be allowed between your vehicle and other road users. #Ophelia

Crews are on standby to deal with the effects of Storm Ophelia. If you have issues with your water supply please call us on 1850 278 278.

Due to status red weather alert Dublin City Councils Parks, Libraries, Swimming Pools and Sports Halls will be closed to the public tomorrow

Status RED weather warning extended across the country. Members of the public asked to avoid any visits or walks to coastal or cliff areas and waterways. #Ophelia see: https://t.co/fik1305pzS

⚠️Be prepared! Find out what to do if your gas meter or gas appliances are affected by #Opehlia #StaySafe Visit https://t.co/eK7W1pTV8z pic.twitter.com/5nSdolTYga

#Ophelia Update Our priority will be taking calls relating to emergency & dangerous situations on ESB Networks on 1850 372 999 #staysafe pic.twitter.com/L0BrMc9WIy

All Dept. Offices & Intreo centres to close tomorrow. Cust. payments won't be affected. We will reschedule all cust. appointments #Ophelia