High Contrast Text Size
Share Tweet
Related Article Workshop: What is Climate Justice and how can I get involved? 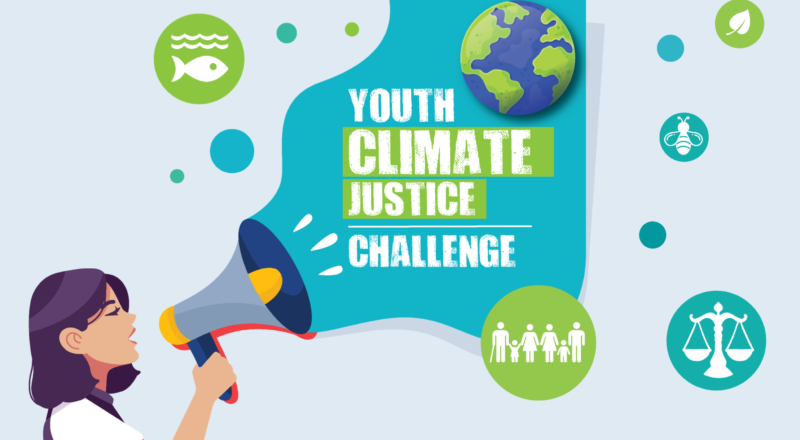 SpunOut.ie have partnered with ECO-UNESCO and four other youth organisations to deliver this project

The climate crisis is one of the biggest issues facing young people today. Our changing climate is impacting people's lives all across the world, from forest fires in the Americas to flooding in Co. Cork. This is a crisis that affects all of us, but there are some regions that are suffering more from climate change than others.

To celebrate the 5th anniversary of the Sustainable Development Goals, SpunOut.ie have partnered with ECO-UNESCO, The Girls’ Brigade, Irish Girl Guides, The No Name Club, and Young Irish Film Makers to bring the Youth Climate Justice Challenge. This challenge gives young people in Ireland the opportunity to develop a climate justice project, taking local action within their communities.

What is the #YouthClimateJustice challenge?

As part of this partnership, SpunOut.ie will be:

Young people involved with the partner organisations will create climate justice projects that take action in their local communities, engaging with leaders and decision makers to try and bring about change. The participants have the opportunity to attend a number of events and activities, including:

Keep an eye out for the opportunity to take part in our survey and for new information on climate justice in the coming weeks.

Speaking about the project, Ian Power, CEO of SpunOut.ie, said: "We are so proud to be part of this project to move the conversation and action on Climate Justice forward in Ireland. Young people across the country are passionate and hungry for change, and the Youth Climate Justice Challenge will empower them to create it and inform us on how we can do more and do better."

The project is being led by ECO-UNESCO, Ireland’s environmental education youth organisation. National Director of ECO-UNESCO, Elaine Nevin, said the aim of the organisation is to encourage young people to act on environmental and sustainability issues that matter to them: "This project will help raise awareness of climate justice in young people and empower and support them to act."

What is Climate Justice?

Those who are impacted the most by climate change are also the least responsible. The poorest countries are suffering more from climate breakdown, and this crisis is threatening the livelihoods of some of the most vulnerable people in the world.

In particular, countries whose economies rely heavily on agriculture are struggling because the changing climate can threaten the success of their crops. Issues like drought, desertification (when land becomes less fertile because of human activity, making it harder to grow things) and sea level rise all have a significant impact on people living in these countries.

Climate justice aims to address this issue by supporting those who are most vulnerable to the climate crisis. Wealthier countries, including Ireland, have contributed the most to the climate breakdown, and it is our responsibility to support those who have been impacted by our activities. This includes changing our behaviour to prevent further climate change.

Find out more about the Climate Justice Challenge.

Share this article -
Published Sep­tem­ber 28th, 2020
Can this be improved? Contact editor@spunout.ie if you have any suggestions for this article.
Jump to related articles
Was this article helpful?

Workshop: What is Climate Justice and how can I get involved?
What is climate change?
How to contact politicians about climate change