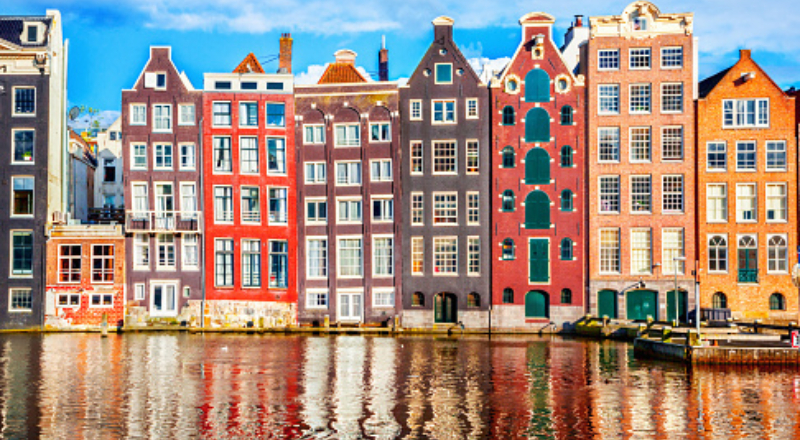 Amsterdam is far less liberal than we might think

Things are not as they seem, writes Helen Conway

Written by Helen Conway and posted in opinion

As soon as my foot touched the cool tarmac of Dublin Airport after ten months studying in Amsterdam, I felt something in my stomach loosen. A knot of discomfort that I did not even realise I was harbouring had grown tighter and tighter as the year progressed, and now seemed to unravel as I breathed in the cool, familiar Irish air.

The sudden relief was not due to homesickness being alleviated, nor was it because I no longer had to worry about getting knocked down by a cyclist every two steps. Upon leaving Amsterdam, it was the sudden realisation that the Netherlands - for all its pronounced social freedom and liberalism - is one of the most culturally stifling places I have ever encountered.

In 2016, the Netherlands pulled in 15.5 million visitors from overseas and was the fourth most visited city for passengers flying from Dublin Airport - with a distinct majority of passengers heading straight to Amsterdam. The appeal of the Dutch city for Irish holiday-goers is clear; escape the monotony of your day job and throw you clipped pleasantries out the window, in favour of running amok in a city famous for its innovation, debauchery and carefree attitude.

Upon moving to the city and making friends in my Dutch university, I clung to my Irish heritage the way many expats do. In other words, I grew accustomed to aligning myself with a country whose current international visage is stippled with human rights atrocities. From our thinly veiled past of laundries and abuse scandals to our all-too-present, restrictive abortion laws, you learn quickly that a roll of the eyes and a lighthearted complaint gives the right amount of disdain when people bring up the social problems of the Emerald Isle. “No, we actually still can’t get abortions, yeah I know that’s crazy, we got the marriage equality though, so thanks for the crumb I guess, haha!”

On the flip side of this, coming home after an Erasmus year in Amsterdam warrants the exact opposite reaction. People expect to hear outlandish tales of marijuana, mushrooms and red light windows. “Is it true there’s male prostitutes? Can tourists, like, buy weed? God I’d love to go. It’s just so… progressive”. You laugh along and recite stories of pushy coffeeshop owners, and of nearly swerving into canals on your bike after a night out in Leidseplein. However, soon I started to realise that the grit-teeth smile I was so used to adopting when talking about Irish society, was beginning to reappear as I told tales of my new home.

It is difficult to hear Amsterdam being called progressive. Yes, in some respects the Netherlands is a liberal utopia when compared with Ireland - with access to legal and safe abortions since 1984 and a fair housing policy that would make young Irish couples sell their souls in a heartbeat - but the traditionalism and backwardness ingrained in Dutch society is of a different beast, one so specific to its own culture that it cannot possibly be compared. The problem is, that when a city advertises and capitalises on its liberalism to the point where even the most stunted Karen-from-Offaly wants to kick loose and smoke a fat one in Vondelpark with her office mates, the the line between new-age and novelty starts to get blurred.

Take the red light district. Tacky “Good Girls go to Heaven, Bad Girls go to Amsterdam” t-shirts and phallic memorabilia act as a landing strip for dazed and confused visitors in search of the infamous district. The street is completely central, yet is kept safely away from anything historical, traditional or landmark-worthy. The state manages to shove the tourist hub in your face and disassociate themselves from it, all at once.

It is not inherently wrong for tourists to want to indulge in the pleasures of Amsterdam. Drugs and sex are available for a reason, and the city’s safety measures in this regard are commendable. However, red-light prostitution and over a dozen seedy coffee shops clustered around one single canal does not particularly exhibit acceptance, and I learned fairly quickly that the prostitutes who rent windows in the red light district were not the empowered, sex-positive feminists I somehow expected to find. They were predominantly women of colour, who stood on their feet for hours on end as men, almost always in large groups ranging from fifteen to late seventies gawked without paying a cent before moving on to the sex museum or the red light arcade. Young British boys with faux-dreads stood intimidatingly close the windows, leering, only to later talk about how much pity they have for these women or lament how they’re “fun to look at”, but they’d “only date a woman who respected herself” (quoted from an actual conversation I overheard when walking through the city).

This is not any disrespect to the women themselves, but to the system - which is supposed to protect them by making their trade legal, but instead markets prostitution as more of a taboo than if it were still happening around shady street corners. Instead of opening tourists eyes to the legal sex industry, they blind them, with neon lights and flashy memorabilia; almost to show that Amsterdam, too, thinks that sex culture is outlandish and a cheap gimmick.

Everyday, Dutch society disassociates itself further from its main commodities, yet still perpetuates them, with blank expressions, purely for the purpose of trade and tourism. I find it even more ironic how natives are quick to situate prostitution and marijuana as problematic and separate to Dutch culture, yet vehemently defend harmful traditions that originate from their colonial past.

“Zwarte Piet” (“Black Pete”), a fictional Christmas character in the Netherlands who takes the role of Saint Nicholas’ companion, is historically portrayed as Spanish. Still to this day, the average “Zwarte Piet” costume involves blackface. Although there have been moves to resolve this - with even the UN stating in 2014 that ‘Piet is sometimes portrayed in a manner that reflects negative stereotypes of people of African descent and is experienced… as a vestige of slavery” - the everyday Dutch citizen will vehemently defend the tradition, saying the face painted entirely black, the frizzy hair and the bright red lips are a result of “soot from the chimneys”. A hard pill to swallow, a black friend of mine living in Amsterdam tells me, when the Dutch have never issued a formal apology for their colonial history.

Stuck between their public image as one of the most progressive cities in the world, and the state’s ingrained “Golden Age Mentality”, I am still yet to assuredly put my finger on what exactly it was that destroyed the appeal of Amsterdam’s most famous facets for me - and what the city is trying to achieve in its cultural paradigm.

As socially aware Irish student, I was more than enthused to spend the year in a country whose cultural outlook is considered the antithesis of my own. Upon arriving home, it quickly sunkk in that the Dutch refusal to either dismiss or accept change, regardless of whether it is considered good or bad, indicated toward a cultural hangover that the Irish native within me recognised all too well.

Share this article -
Published Sep­tem­ber 11th, 2017
Tags amsterdam erasmus travel
Can this be improved? Contact editor@spunout.ie if you have any suggestions for this article.

Erasmus: The How To Guide
Erasmus: what factors to consider
How do I join the European Solidarity Corps?