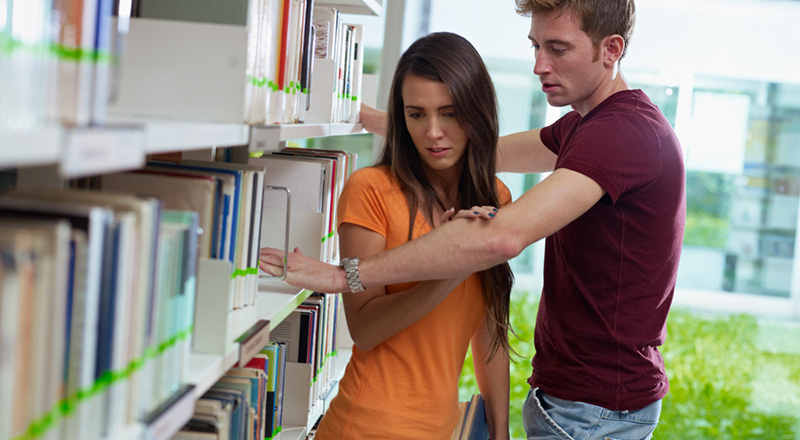 Breaking up is hard to do

Is anyone doing the honourable thing these days?

"Apart from text messaging, social networking sites such as Facebook facilitate the dumper in their quest to be single through a variety of mediums"

The other night, whilst watching season five of my Sex and the City DVD collection, I stumbled across the episode where Carrie gets dumped by (drum roll please)... a POST-IT NOTE. No face to face 'talk' or phone conversation revealing the dreaded news. Just simply a small yellow post-it that read, "I can't. I'm sorry. Don't hate me."

I too was outraged at Berger, the author of this cowardly script, on Carrie's behalf. Needless to say, it got me thinking; how many people are getting dumped via post-it notes or other spineless mediums? Is anybody doing the 'honourable' thing anymore and breaking up with someone in person? And is virtually breaking up with somebody well... virtually the cleanest and most sensible way to end a relationship?
Let's call a spade a spade: nobody takes rejection well.

Yet, if we put those feelings of anger towards men such as Berger from SATC aside, and look at things from a man's (or in our case a lesbian's) point of view, isn't it fair to say that we girls in particular take being dumped pretty badly? Tears, demands, shouting, blame and the 'you're sleeping with somebody else aren't you?' frantic assumptions are known to follow our partner's verbal cessation of a relationship.

So, can we really blame men such as Berger from SATC (or anyone who happens to be dating a woman) for taking the easy way out and opting for a faceless medium to communicate the bad news? After all, in these modern times, anyone wishing to cut their relationship ties has a myriad of options to choose from. Apart from text messaging, social networking sites such as Facebook facilitate the dumper in their quest to be single through a variety of mediums. For example, the relationship status setting. Once changed, this appears on the homepage of all of the dumper's friends - for example "Valerie is now SINGLE". Bit of a shock for Valerie's girlfriend when she logs on right?

Status updates ("Single wanna mingle" - I myself have witnessed this) and the IM chat feature are also other ways in which people have been dumped through Facebook. Email and Twitter are other forms of technology that people have availed of in order to break the bad news. A lack of closure is usually the main complaint that we girls who are dumped via faceless means have, and let's face it; the majority of us have been either dumped or did the dumping in this cold clinical way.

Yet at the risk of being lynched, aren't the majority of people that desperately seek face to face 'closure' from an ex just desperate to get our ex's into a situation where they can do their utmost to convince them to change their minds? Or is face to face closure something that is required to move on? Is it something that every woman should be entitled to? Is demanding a play by play post break up analysis that could envy any RTE panel's post match punditry really going to heal the heartache? Couldn't it just make things worse?

Initially after a break up, emotions are running high between both parties and chances are that the talk will be far from amicable. So, shouldn't we be giving ourselves the closure we need over a Lemon Jelly coffee with our girlfriends, rather than relying on an ex who clearly wanted to avoid any dissection of the relationship in the first place? I find that in the majority of break ups, the end has been in sight to both partners for quite some time.

It is rare that someone ends a relationship just one day out of the blue. There are usually warning signs, such as arguments or a lack of interest on one party's behalf. Perhaps we should heed these and either try to resolve the issues that exist in our relationship, or face the fact that things just aren't working and take the high road before they can.

After all, Carrie in Sex and the City had been aware that things with Berger were far from rosy for some time. Sure, facing up to the fact that a relationship isn't going to work is painful, but in the long run it reduces the amount of heartache that inevitably follows from a relationship that is dragged out to the bitter end.

Share this article -
Published March 10th, 2013
Tags relationships sex sexuality
Can this be improved? Contact editor@spunout.ie if you have any suggestions for this article.