High Contrast Text Size
Share Tweet
Related Article Cyberbullying: what to do if you're being bullied online 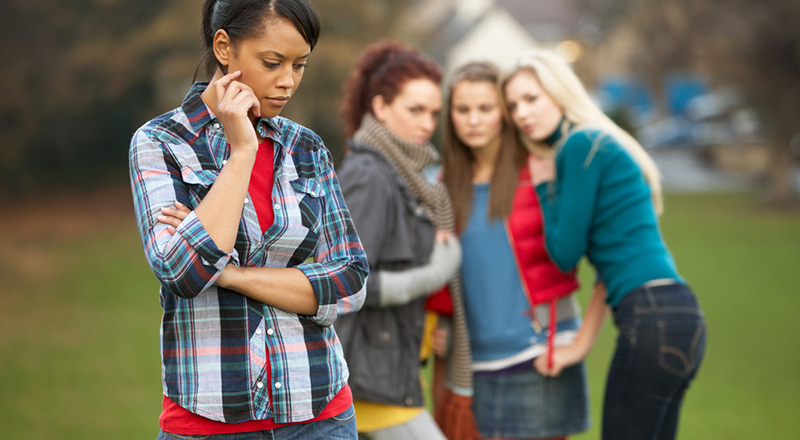 Could you be a bully?

Written by Amy Crean and posted in opinion

"The message about cyber bullying simply hasn’t sunk in."

This might seem like a fairly straightforward question, but the answer is getting less and less clear-cut when it comes to cyber bullying.

In a typical bullying situation, you have one or two bullies who harass, humiliate or exclude someone – and this is usually able to go on because there are other people who are passive; they are not necessarily on the bullies’ side, but are nonetheless participants by allowing it to go on. Plus, people who say nothing, or also exclude others, are just as much at fault as the bullies themselves.

However, one of the main problems with cyber bullying is that a lot of people go from being passive to active participants. Whereas some people may have just said nothing before when someone was being taunted, they might now join in because they can hide behind ‘Anonymous’. It makes it so much easier to be mean to someone when there are no consequences.

However, I don’t think that’s the main issue here. With the massive amount of attention surrounding cyber bullying recently, there’s been quite a lot of focus on the ‘cyber’ (such as the whole ‘Shut Down Ask.fm controversy) and not so much focus on the fact that it is, at the end of the day, still bullying. The reality is that there are some people who are mean to others and that’s obviously not just online.

Unfortunately, we all have to deal with bullies no matter what. And whether they’re bullying over Facebook or in the classroom is irrelevant in many ways. So what is it that makes cyber bullying more dangerous? I think it’s because you can’t see the person’s reaction to what you say.

As well as being able to be cruel or to humiliate someone easily without ever getting punished, you can say something that isn’t even intended as mean – and the person to whom you said it might still interpret it that way. When talking face to face, it’s easy to differentiate between someone genuinely insulting you and someone just joking around, but when it’s just text, it’s not easy at all.

Could you be a bully?

Maybe you’ve slagged someone off on Ask.fm, or jokingly insulted them, and maybe they seemed to find it funny or go along with it – but how do you know? It’s impossible to know what someone else’s limit is and when you’ve taken a joke too far online; so just don’t start it in the first place.

Some people are more sensitive to comments than they let on.  I think a lot of people don’t realise this. There has been incredible media attention on cyber bullying following tragic suicides in this country, yet I still see people linking their Ask.fm accounts all over my Facebook and I still see people making cruel comments on them. The message about cyber bullying simply hasn’t sunk in.

Some people are fully aware of what they’re doing when they bully others, but a lot just don’t understand the consequences of their actions. We lack empathy. We aren’t looking at things from other people’s perspectives. We aren’t taking into account the effect that one small comment could have on someone’s self-esteem.

This is particularly relevant to cyber bullying, when words are so easily misinterpreted, but it isn’t just restricted to the online world. Even when saying things to others in real life, you can’t be sure how they will really receive what you say. You never know what other people think about themselves or how they’re feeling, so don’t make comments that could be taken the wrong way.

Think about it; are you a bully? We might not be aware of some of the things we say to others, but that’s something we can change. Think before you speak.

Share this article -
Published Feb­ru­ary 27th, 2013
Last updated July 24th, 2018
Tags bullying cyber bullying internet safety
Can this be improved? Contact editor@spunout.ie if you have any suggestions for this article.

Cyberbullying: what to do if you're being bullied online