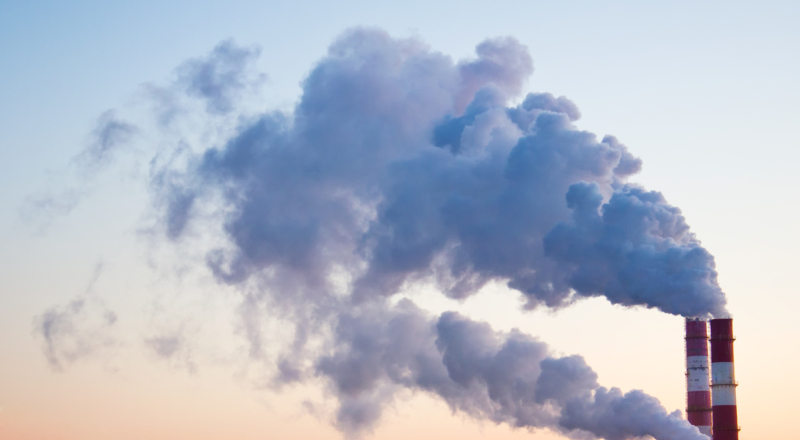 This legal case is against the Irish State to address Ireland's government’s weak climate change policies.

Written by Edwin Alblas and posted in opinion

"We are approximately at 1°C man-caused temperature rise now, and the consequences are already proving to be really serious across the planet."

Normally, I don’t really pay much attention when the Kardashians are in the news; alleged lip surgeries, breakup rumors, I just can’t keep up with them. Then, last week, I read that the Kardashians – along with hundreds of other residents of the area - were forced to evacuate their homes in California to escape the extreme forest fires ravaging there. Truly a much more serious issue.

As climate change is now knocking on the doors of the world’s richest, I wondered, will this make people see the urgency of issue?

Earlier this month, over 90 well-respected scientists from over forty countries stressed again: us humans are the cause of dangerous climate change and need to start seriously tackling the issue. That is, if we want to have a future on this planet where we’re not constantly battling extreme weather events like hurricanes and floods, as well as heat waves and droughts.

While US President Donald Trump was quick to blame California’s forest fires - which have already resulted in more than 60 deaths and 600+ people missing - on poor forest management, he did acknowledge that climate change might have contributed ‘a little bit’.

In the past, some would talk about scientific uncertainty around our impact on the climate. Now, the only uncertainty is how quickly our climate is breaking down, and how hard this will hit us. So what exactly is happening?

Simply put, when we burn fossil fuels like oil and gas, large amounts of carbon dioxide (CO2) and other ‘greenhouse gases’ are released into the atmosphere that, together, trap the sun’s heat like a big blanket. As all this heat would otherwise have been radiated back out to space, the planet is now heating up an alarming rate.

Fortunately, alternatives to fossil fuels are already widely available in the form of solar and wind energy for example. Sadly, though, we’re still mainly use highly polluting energy sources such as coal, oil and gas to fuel our cars, factories, planes and agricultural produce – amongst others.

With the Paris agreement of 2015, 174 governments across the globe agreed to reduce their emissions so that temperature rises does not go over 1.5°C, or, if that fails, 2°C. This is compared to average temperatures before the industrial revolution started at around 1850. We are approximately at 1°C man-caused temperature rise now, and the consequences are already proving to be really serious across the planet.

As a recent United Nations report shows: climate action by governments must triple if we want to stay below 2°C, and even five-fold if we want to stay with 1.5°C temperature rise to avoid more extreme climate damage. We need urgent action, but governments across the world are carrying on with ‘business as usual’ – including here in Ireland where emissions are growing still.

Climate Case Ireland, a legal case between a group of concerned citizens represented by Friends of the Irish Environment, and the Irish state, deals exactly with this issue. Climate change is a threat to us all, but the government’s policies on climate change are weak and unambitious. Even though the Irish government promised to seriously reduce emissions, emissions per Irish citizen are some of  the highest in Europe and are growing still.

With this case, we’re taking the government to court to bind them to the promises they’ve made on climate action. In the last few months, more than 4000 people have stated on our website that this case is also ‘in their name’, giving us great hope for a meaningful change that’s coming in how we treat our planet and what kind of future we’re creating for ourselves.

At the start of this piece, I named the Kardashians as an example of how climate change affects each and every one of us. A key difference, however, is that Kim and Kanye were able to take their private jet and evacuate to one of their other properties, while private firefighters managed to save their threatened home. It shows how we really can’t keep up with the Kardashians; these are luxuries that the majority of people cannot afford. And so we can already see that climate change hits those who are already the most vulnerable the hardest.

Communities in Western-Africa directly depend on successful harvests to survive, and now increasingly see them fail. Farmers in Bangladesh have started to raise ducks instead of chickens, because during catastrophic floods and cyclones, ducks float. Even here in Ireland, one of the wettest places on the planet, crops died and people were cut off from water supplies because of droughts last summer.

As spokespersons for Climate Case Ireland, myself and a group of other volunteers will be going across the country in the coming weeks to tell you about our Climate Case and why we need climate action now. Whether you are supportive of our action or not, I’d like to invite you all to ‘keep up with our case’; attend, engage, follow our progress and show the government that this case is for all of us!

Our hearing is scheduled for 22 January, 2019, until that time make sure to keep up to date with all of our scheduled talks and updates by checking on our webpage.

Share this article -
Published Novem­ber 28th, 2018
Tags opinion climate change environment ireland
Can this be improved? Contact editor@spunout.ie if you have any suggestions for this article.