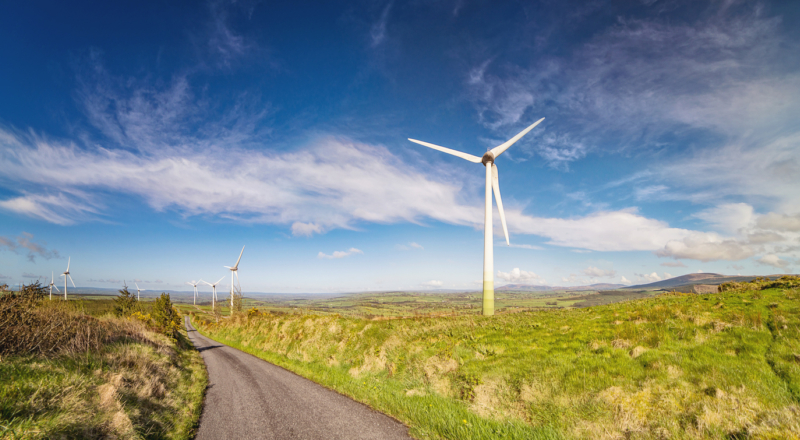 Is the government doing enough on the climate crisis?

SpunOut.ie writer Criodán looks at the government's inaction on climate change and why more needs to be done

A number of companies in Ireland and internationally use a marketing tactic called greenwashing which makes the company appear as if they’re fighting climate change, that they’re green, that their processes and products are environmentally friendly. When thinking about greenwashing, another guilty group came to mind - our government, and more specifically the Fine Gael contingent. For years, they have controlled many aspects of our lives. On climate action, they have controlled the direction and action Ireland has taken on the climate emergency. I believe many of the government’s actions are leading us further from solution and action, and closer to inevitable crisis.

Over the past few years, Fine Gael has consistently voted against bills introduced in national and European parliaments to combat climate change. These included bills to prevent microbeads and microplastics, to attempt to reduce carbon dioxide emissions and bills to prevent offshore drilling and exploration for fossil fuels. Today, it was announced that a bill first introduced by People Before Profits Bríd Smyth, to prevent exploration offshore for fossil fuels, was blocked by Fine Gael on a technicality. This action does many things. One, it again highlights and reinforces that Fine Gael do not want to put climate change at the front of policy making. Two, they do not want to prevent any possible means of income, regardless of its environmental impact. Three, Fine Gael will block any bill as a means to introduce it as their own.

An example of this third point is that in the past few weeks, Fine Gael have actually re-introduced the microbeads bill in their name. This is a common procedure by Fine Gael. Block/prevent a bill from passing, wait a while and then re-introduce the bill and take the credit. It’s the equivalent of someone showing up on the last day before a group project is due and taking all the credit. Fine Gael will almost always block bills coming from the opposition, e.g. Sinn Féin, Green Party, Labour, etc.

Then, when Fine Gael post online about what they’re doing to combat climate change, they use a political tactic called “spin.” Spin is similar to greenwashing. They will take only the positives of a story or construct a narrative around a small nugget of positive action to paint themselves in the best light. Fine Gael are the masters of it. Maybe that’s why they spend over €1 million a year on Leo Varadkar’s PR alone.

Another method of spin the government currently uses and has doubled down on people not catching on is the mention of the phrase or idea of a “transition period”. But what is a transition period? What’s its significance? And do we have time for one?

In terms of climate change, a transition period represents a certain amount of time for people, companies, governments, etc. to move away from fossil fuels and processes that contribute to climate change. The world around us has developed rapidly due to the tools and fuels we’ve used. Unfortunately, now that we realise the damage these do, we must change over to sustainable alternatives. We can’t do that overnight of course and that gives rise to this idea of transitioning.

There are a few things that spring to my mind when thinking about a transition period:

Firstly, economically and socially making the changes we need to fix our climate will be difficult to say the least. The move will be difficult for those who provide services and those who use those services. In Ireland, we need to move away from beef and dairy, stopping peat harvesting, changing out oil boilers for electric ones - these will all be difficult changes for some people to make. There are many thousands of farmers whose livelihoods depend on their farming, families who can’t afford to have their homes extra insulated or boilers or fires removed. Upskilling these workers and providing certain subsidies as their incomes possibly fall will be vital for the upcoming generations.

Secondly, infrastructure and transport have been built up on fossil fuels. Everything from our electricity production and consumption, to public buses and trains, to retail and groceries – these all currently rely heavily on fossil fuels. Every aspect from top to bottom, manufacturer to distributor, wholesaler to shopper, would have to change. We currently pay for convenience, when we should be paying for sustainability. We have some of the best road networks in Europe, but they’re used mainly by private car users who use petrol or diesel which contribute to climate change. We should be investing more money into public transport solutions, bike lanes and pedestrianise urban city centres like Galway, Cork and Dublin.

There is an old saying – “the best time to plant a tree is twenty years ago. The second best time is now.” This is the idea we must apply to climate change and climate action. The transition period is now! Everyday we move closer to massive, irreparable damage to the earth. This government has to start taking action, making the tough decisions and potentially taking a hit economically. They have to put the planet first before their votes. They have to put the planet first before everything else. We don’t have anywhere else to go.

I’ll leave you with a quote from Carl Sagan. These are the words Sagan wrote when a picture of the earth as the Voyager I spacecraft left our solar system. I highly recommend you Google the “pale blue dot” as I think it sums up just how important the earth is to all of us on it.

“Look again at that dot. That's here. That's home. That's us. On it, everyone you love, everyone you know, everyone you ever heard of, every human being who ever was, lived out their lives. The aggregate of our joy and suffering, thousands of confident religions, ideologies, and economic doctrines, every hunter and forager, every hero and coward, every creator and destroyer of civilization, every king and peasant, every young couple in love, every mother and father, hopeful child, inventor and explorer, every teacher of morals, every corrupt politician, every "superstar," every "supreme leader," every saint and sinner in the history of our species lived there--on a mote of dust suspended in a sunbeam.”