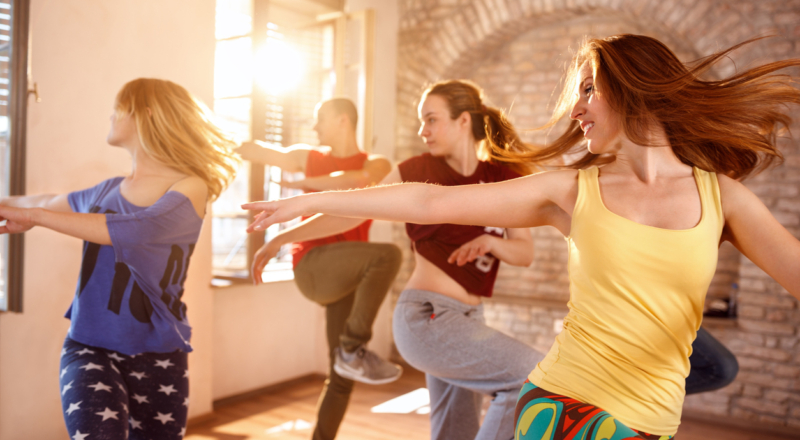 This YSI group aims to create a healthier means of interacting by reviving social dancing.

We are “Move Your Feet to the Beat” a Young Social Innovators (YSI) group from Sacred Heart Secondary School in Clonakilty. Our project aims to create a healthier means of interacting by reviving social dancing.

At the beginning of the year we had to focus on a social issue and produce a project from that. We chose the issue of teenagers and socialising. From our own experiences we have noticed that the art of conversation has been lost as generations evolve and the divide between socialising with the opposite sex is growing wider.

The five of us came together when the project issue was decided and made a plan to introduce dance lessons. Before we began we had to find five dance partners so we turned to the local community college as we are from an all girls school. We contacted five boys and organised a meeting with their vice principal to organise a time and and place to commence our lessons.

Before our first lesson we each logged how we felt about starting social dancing. We felt anxious, self-conscious and reluctant. We began learning the waltz from our P.E teacher who has a background in musical theatre. As the first lesson concluded we reflected as a group and agreed that it was not a bad as we had anticipated. As the weeks passed by, our reluctance and anxiety lessened and we became more comfortable, and of course better at dancing!

In December we displayed our project at our school’s annual trade fair. We showcased our project to our fellow classmates, teachers, parents and students across all years. The interest was clear and the feedback was really promising. It was obvious people felt the same about unhealthy socialising and the prevalence of social anxiety.

In February we presented our project at the West Cork Youth Mental Health Day, communicating our message to over 150 students from 11 different schools, the Minister of State for Mental Health, psychologists and psychotherapists from CAMHs. We also payed a visit St. Fachtna’s old folks club where we experienced social dancing in its essence and gave back to our community.

In March we presented our 2 minute Speak Out performance to a panel of YSI judges in the Mansion House. The performances ran very smoothly and we were very pleased to hear that we would be performing in the morning. Our performance began with a short skit, depicting an elderly couple discussing the changing trends in socialising. We then told the audience about our achievements and our actions for this project. Finally we showcased our dancing skills, by jiving to Olly Murs, “Dance with me tonight.” The audience seemed to love our performance and we were delighted with it.

At the end of the school year we have arranged a social afternoon where we will gather all fourth years from both local schools and learn to dance. We hope that at the end of the session, teenagers will realise that texting isn’t as effective as face to face interaction and fun can be had without the influence of drink.

Share this article -
Published April 12th, 2019
Last updated June 7th, 2020
Tags opinion young social innovators dancing socialising
Can this be improved? Contact editor@spunout.ie if you have any suggestions for this article.

Reporting from the YSI awards: The Blue Room
Our YSI Speak Out project to combat homelessness
Advocating for women in S.T.E.M. through the YSI Speak Out Tour