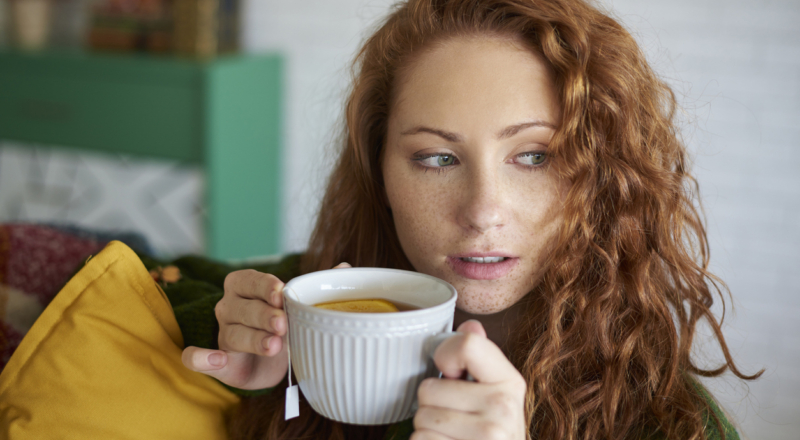 Why living with OCD is different to what's on social media

This SpunOut.ie volunteer talks about life with Obsessive Compulsive Disorder and what it's like day-to-day

"Turning off your light before you fall asleep at night might seem so simple to most people but for some people with OCD it can be really difficult and take them minutes for it to just “feel right.”"

Recently the internet has taken a trip back to 2013 with the resurfacing of incomplete and mismatched patterns accompanied by the caption “Like if you’re OCD.” The general misunderstanding of Obsessive Compulsive Disorder means people who are annoyed about a picture of a blue Smartie in a bowl of red Smarties or an out of place brick on the footpath are claiming to be “like so totally OCD.” Likewise people who like to have a tidy house or an organised locker are often told they’re “so OCD” simply because they like things to be clean and tidy.

The reality is that neither of these things are actually OCD. OCD is a mental illness, not an adjective used to describe a person who is tidy. OCD, like any other mental illness, can seriously impact the life of a person who suffers from it. It is not pretty, it is not quirky and it is not trendy. Suffering from OCD can make your life so much harder in ways people can not even understand. It can make it incredibly difficult to fall asleep at night. It can delay you leaving the house making you late for many things. It can make you dread basic everyday actions such as brushing your teeth, locking doors, washing your hands or even turning off lights.

Obsessive Compulsive Disorder is characterised by obsessions, compulsions or both (it’s in the name). Obsessions are intrusive thoughts, typically about something negative that may happen. They are consuming thoughts that can best be described as “sticky,” because they stay in your mind and make you feel a serious sense of discomfort or disturbance. Compulsions are then actions that you feel the need to carry out in order to settle or counteract the intrusive thought (the obsession). These actions are typically a repetitive action that will need to be done over and over a certain amount of times or until it “feels right.” You feel that the fear, disgust or discomfort you feel won’t disappear until this action has been carried out the exact number of times or until it “feels right.”

OCD can take over so much of your life because you spend so much time of your time with these thoughts in your head and performing these actions to ease the anxiety you feel. Turning off your light before you fall asleep at night might seem so simple to most people but for some people with OCD it can be really difficult and take them minutes for it to just “feel right.” Likewise with turning off your phone, or brushing your teeth or locking your door. It varies from person to person. So much of a person’s time is taken up with these obsessions and compulsions.

So now you see OCD is not an adjective, it’s not a trendy word to describe someone annoyed about a Smartie or someone who enjoys a tidy living space. While these may be possible traits of someone with OCD they alone don’t mean a person suffers from OCD. The common misunderstanding of OCD in our society and the way the term is used so loosely and without any real meaning is very damaging to the people who suffer from OCD.

Living with OCD in a world that doesn’t fully understand OCD adds to the challenge of living with a mental illness. I found that finding the courage to tell someone I have OCD and then being met with an air of indifference because they don’t understand OCD only pushes me further into myself and back into isolation. Living with OCD is isolating, as I’m sure is the case with many mental illnesses. People don’t understand how you really feel, how it actually affects your mind and your life, or how you’re forced to live because of these obsessive thoughts racing through your head. People presume things about you: that it makes you a better student because you’re obsessed with studying, or that you’re house is tidy because you just have to clean it. I am a good student, not because of my OCD, but in spite of it. I’ve had to fight against my OCD to make time for studying, but without getting so stressed that it makes my OCD worse. My house isn’t tidy, it’s clean because my OCD fears contamination, but it’s not tidy because properly tidying it with my OCD would take nearly twice as long as it would most people.

People with OCD are often not taken seriously when they tell others about suffering from OCD. If someone who meets the common stereotypes of OCD, such as being a frequent hand washer, tells another person they have OCD a common response can be “Oh sure that’s obvious, everyone knows that.” They are not taken seriously and may suffer alone or in silence for much longer.

Some people in my life have failed to understand what OCD actually means. They presumed it was the quirky adjective they’d seen on the internet, or that it literally meant I liked to wash my hands. They never understood what it actually meant. These misconceptions that people have are more damaging than many realise. It turns this serious mental illness into a joke, a trend, and takes away any true meaning from the people who actually suffer from it. Next time you joke about how tidy you like to be, pick an adjective that isn’t “OCD,” pick a word that actually describes what you are trying to say. Stop taking away the meaning of this illness and making it harder for people who actually suffer with it.

If a person comes to you and says they have OCD, listen to them. Treat it like you would any other mental illness, be there for them and support them. They are coming to you because they trust you and because they want your help.

If you think you suffer from OCD know that there is help available to you. The International OCD Foundation provides a lot of information and shows available supports. OCD Ireland is similar but more local information is available. The NOCD app is amazing as it offers advice, support and allows you to be apart of an online community of people who understand what it is you are going through, it is a great way to share and receive advice from others. You don’t have to do this alone.

Share this article -
Published August 21st, 2019
Last updated Feb­ru­ary 26th, 2020
Tags opinion ocd mental health
Can this be improved? Contact editor@spunout.ie if you have any suggestions for this article.