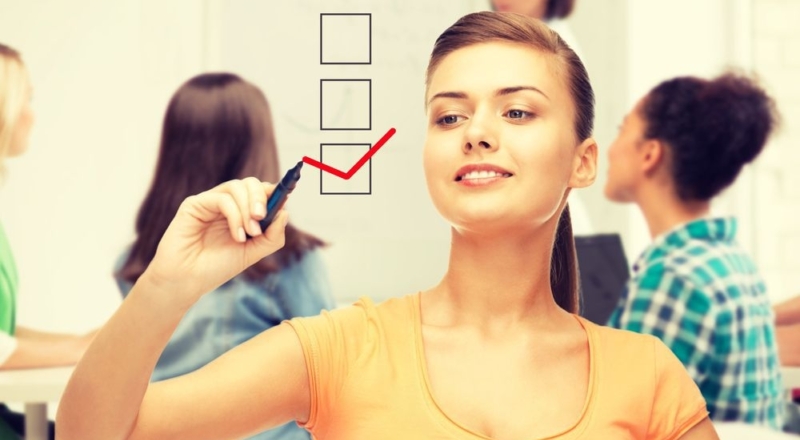 Voting for the first time

Written by Joanna Siewierska and posted in opinion

"I was delighted that even though we lived abroad, we were all still interested in affairs back home"

My first time to vote was on Sunday the 10th of May 2015. It was the Polish presidential election and as an 18-year-old Polish citizen living in Ireland, I had the right to cast a vote from abroad. I went up to the RDS in the afternoon, queues were quick enough and finally I found the station where a young man in a suit asked me to leave a signature and handed me a voting card. I walked in behind a wooden barrier and marked a black X beside the name of my candidate and then dropped it into the big box with the Polish flag colours (red and white) all over it. And that was it!

At first I wasn’t sure what to think, it felt so insignificant, just a mark on a piece of paper, but as I walked to the DART station and whole families rushed passed me to get in and vote, and a few couples and some lads and then two girls, all chatting away in Polish heading for the same place, I felt really proud. I was proud that I wasn't the only one who believed in democracy and in the importance of playing an active part in it, to make it work. I was delighted that even though we lived abroad, we were all still interested in affairs back home and I was glad that I took part in the vote.

The initial poll results that evening left me very distressed. It was by far the most shocking election result in a long time. The top two candidates were put through to the second round since neither got enough support (the voting system in Poland is a little different, you can’t give preferences with numbers, you just vote for one person and if no one gets over 50%, a second round is held with the top two candidates), so I have to prepare to vote again. The second round is on Sunday the 24th of May, just two days after the two referendums in Ireland, and I really hope that when the results of all of these elections come out, none of us end up feeling as distressed as I was that Sunday night two weeks ago.

My dear Irish-citizen friends, especially first time voters like I was, please use your right to vote this Friday, it is so important. Voting in a referendum is quite different than Presidential elections, especially when voting from home, but the feeling of pride when you participate in a democratic vote is the same. We’re very lucky to live in a democratic society and the great thing about referendums is that they’re not about supporting any particular party or candidate; they are about the constitution, a document that will live on past all of these politicians and affect all citizens. We need to make sure that it reflects modern society.

Whatever the results, we will have to respect the democratic decision of the electorate, but in the case of the Polish election at least I have a vote. I don’t have any influence on the referendums here because I’m not an Irish citizen. I did go out canvassing a few times, proudly wore a yes badge and helped two friends register to vote, as well as having discussions about reducing the age for running for presidential elections in Ireland (which really deserved many more discussions!). And although none of that was enough to earn actual voting rights, it made me proud of my Irish friends and of their interest in this vote. I hope that all of those registered will go out to the polling stations this Friday.

So, best of luck to all those voting for the first time. I hope it will be the first of many, but also that you realise that democracy is not just about one day, going out marking sheets of paper. Democracy needs you everyday. You need to be aware of what political decisions are being made and discussed currently and also be aware of what you want from your constitution, your politicians and your government. Voting for what you really believe in and really want is the only way to make your vote count, so please bear that in mind when going out to vote this week, and when you get home, and for the rest of your life!

Share this article -
Published May 18th, 2015
Tags voting referendum
Can this be improved? Contact editor@spunout.ie if you have any suggestions for this article.