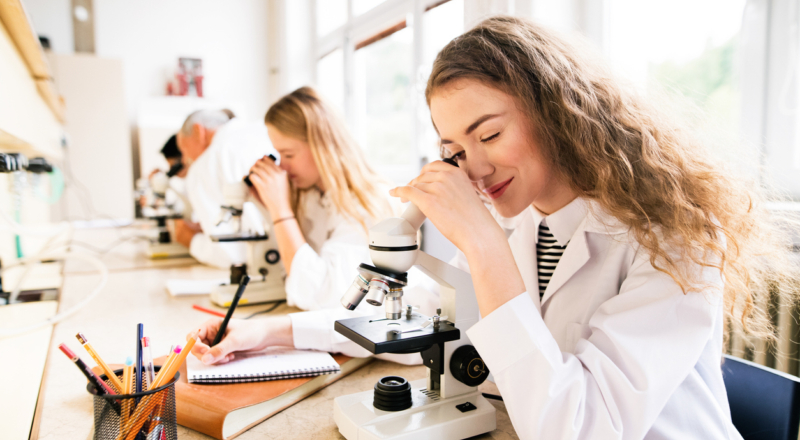 Advocating for women in S.T.E.M. through the YSI Speak Out Tour

Written by STEM 4 Femme and posted in opinion

We are S.T.E.M. 4 Femme from the Sacred Heart School Tullamore. We picked this topic for our Young Social Innovators (YSI) Speak Out for many reasons. The first one being that we all felt, as a group, that the issue of gender inequality in the S.T.E.M. working world was not being highlighted enough in the media. We felt that we should raise awareness for the women in S.T.E.M struggling silently while their male counterparts work with ease. Another reason is that we felt not many other groups would have thought about this topic as a major issue so we wanted to make sure that this issue would be brought up and highlighted. As students from an all girls school, we believe that women don’t get equal opportunities as our male peers and this should not be the reality for us or for future generations to come.

S.T.E.M. stands for Science, Technology, Engineering and Mathematics. Our attitude towards S.T.E.M. has completely changed in the past decade, as more people are interested in careers in this field. Some of the careers in this field include engineers, medical scientists, chemists and environmental scientists. Study has shown that in our future, many of us will be working in jobs that does not exist today and this increases the importance of S.T.E.M.

How we promoted our group

In order to spread the word about S.T.E.M. 4 Femme, an Instagram page was created. We wanted to reach as many people as possible so each class, we would post our progress on our Instagram Story with the occasional post. When the time came for our Speak Out, we had over one hundred followers.

We are currently designing a survey we hope to carry out which we will pass on to our school principal. In this survey, we hope to ask students:

This is very important to us as we feel that if we can introduce it to our all-girls school, then girls would feel more encouraged to take it as a class and to continue with it after school. This is a very good opportunity for us and we hope other schools will follow our path of encouraging women in IT.

As a part of our YSI project, we decided to make a short movie. Our group came up with the idea to do a re-make of the High School Musical movie. As a twist, instead of making the movie about singing, we chose to make it about an opportunity for women to have a career in IT. We feel that this movie will appeal to our students because the original movie is a favourite among all.

From doing this YSI project, we gained a better insight on the discrimination, stereotypes and unequal opportunities faced by women pursuing a career in the S.T.E.M. world.

We surveyed the students at our all-girls secondary school and learned that many students did not know what S.T.E.M. stood for. Many students also wanted coding to be introduced as a short course for the new Junior Cycle, as many of them wanted to pursue a career in this field but were not given the opportunity to study this subject.

We learned that even in the 21st Century, the harsh truth that unequal opportunities between genders still very much exists in our society. Women make up half of the total U.S. college-educated workforce but they make up only 29% of the S.T.E.M. workforce, while about 40% of men with S.T.E.M. college degrees work in that field. Female S.T.E.M. majors are twice as likely as men to work in education or healthcare.

On the 22nd of March, our group travelled to Ballinasloe for our region’s YSI Speak Out. Through months of discussing, organising, practicing and perfecting, our idea of our Speak Out blossomed into our final performance.

Our performance consisted of speech, dance and music which all contributed to explaining our project and getting our message across to the audience. We were all a little nervous before getting on stage but when we got on stage, we were all at ease. We also really enjoyed watching the other schools and learning about their projects.

We believe that we have achieved our goal by making an impact in our community and we look forward to continuing this project in the future.

Share this article -
Published April 2nd, 2019
Last updated July 8th, 2020
Tags ysi stem women
Can this be improved? Contact editor@spunout.ie if you have any suggestions for this article.