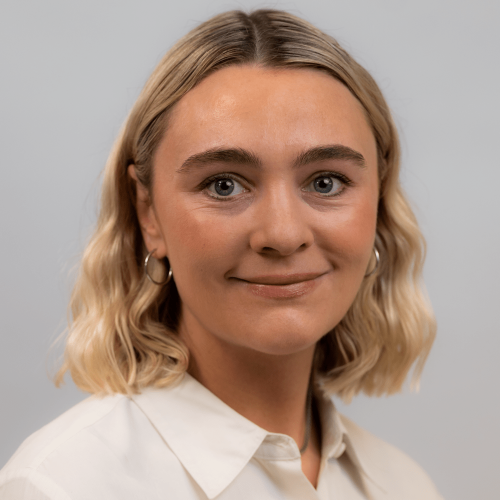 Kiki Martire (she/they) is Director of spunout, Ireland’s youth wellbeing information website by young people, for young people, with over 2.3 million visits to the site 2020.

Kiki is originally from Baltimore, Maryland (USA), and moved to Dublin in 2016 to complete a Masters of Science in Equality Studies at UCD, where they were awarded the John Baker medal of Egalitarian Scholarship and first class honours. Shortly after completing her Masters, Kiki began working with spunout as Outreach and Training Officer. Since joining the organisation in 2017, Kiki has served in several roles including Head of Training & Quality at spunout and Head of Training & Coaching at spunout’s sister-service, 50808. Kiki accepted the position of Director of spunout in January of 2021.

In her time with Community Creations, Kiki has helped develop hundreds of training programmes with thousands of young people and youth workers across Ireland, both in-person and online, and steered several policies and initiatives including the organisation’s Equality Lens used to make content as intersectional as possible and analyse implicit bias within content.

Kiki is first and foremost a health promotion educator, trainer and facilitator. She has conducted specialist training and research in gender justice and liberation, sexual assault advocacy, consent education, values-based facilitation, active listening, and non violent communication, amongst others. Kiki has also received a certificate in Nonprofit Leadership and Management from NCI.

Connect with Kiki on LinkedIn