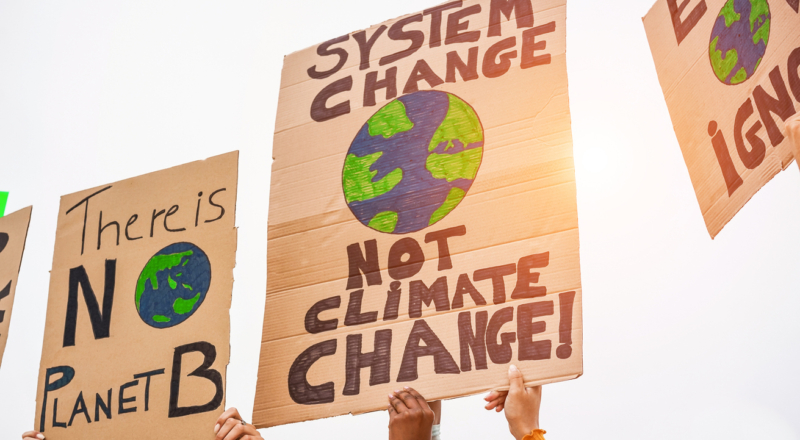 Why the Galway climate strike was so positive and empowering

There was a great buzz in the air at the Galway Climate Strike, with young people demanding the government take action

On 20th September, around the world, people from different communities, schools, universities, political parties, workplaces and more gathered in their country’s cities. These people stood in solidarity and in direct protest to their current government’s attitude and approach towards climate change. For too long, the environment had been put on the backburner of many government and people were tired of it. The planet is facing an extreme change in climate, something that has never occurred at the rate at which it is now. Humans are undoubtedly to blame, with 97% of scientists in agreement.

The protests, organised by some environmental groups such as Fridays For Future (FFF), Extinction Rebellion (XR) and other grassroots groups, has been labelled in the media as the largest climate-centred protest ever, with millions across the globe in attendance.

I attended the protest organised in Galway city. With the university’s approval, and my own College of Science, we were permitted to leave class in order to make a difference. Having the backing of your peers, your classmates and lecturers really meant a lot to me especially. People gathered just outside the building in N.U.I Galway that houses the Student’s Union (SU) office at 12:30. Immediately I was impressed by the numbers and buzz of everyone. Here was a group of young people who really cared about their planet and wanted to make a difference. You could see some of the effort and comedy that had gone into their signs. The SU officers’ arrival was greeted with cheers and claps. We had a brief practice of rally chants to make sure we knew what to do once we arrived. We wanted to be heard. We wanted our demands to be known.

Following this warm-up, people made the short walk from the university to Eyre Square, the heart of Galway City. A small, pedestrianised area, with many sculptures and green areas; it really stands out against the metropolis. Often full with parents and young children or skateboarders or people practising yoga, it was going to be full of a diverse, and very loud, group of protesters.

Positivity in the air

On our walk towards the square, we were greeted with cheers and beeps from onlookers and passers-by. It reinforced the already massively positive feeling in the air. At one point I looked behind me and couldn’t believe how many people were still coming. The group of students and lecturers occupied the streets from one end of Galway’s inner city to the other. I knew then that turnout would be good. This turnout was helped by the ironically good weather. It was a day that saw a higher temperature and higher number of hours of sunshine than normal.

The government must do more

On arrival to Eyre Square, it was hard to get a grasp of numbers as I was right in the middle of the protesters, directly in front of the organisers - people from FFF, XR and our own SU. Once I began taking pictures and videos of the crowds, I got a real sense of scale. There were a couple of thousand people gathered here. All angry. All disappointed. All upset with the way the current climate emergency is going. Massive species extinction and biodiversity loss, melting ice caps and rising sea levels, crop and other farming difficulties, job insecurity and more. People are tired of the government not taking action now, when it is needed most.

The rally began and I was almost overwhelmed by the noise of the chanting crowds. Calls such as “No more coal, no more oil, keep you carbon in the soil,” “Climate action now,” and “Listen Leo, listen,” deafened me. At the same time, it was exhilarating. As someone who struggles daily with climate defeatism, it was a nice reaffirming situation to be in. “This is important, people do believe we can make a difference and people do care enough to get out and do something about it” I thought to myself. But I don’t think I was alone thinking that, judging by the smiles on peoples faces and atmosphere that was created.

During the rally there a couple of speakers, with desperate pleas to the government. Some children and some young adults begged and demanded that our government listen, take action and steer this ship away from disaster. You could hear the underlying frustration in so many people’s voices. They have been ignored for too long, much like the climate emergency around us.

How a small minority can change the world

It only takes a small minority of people demanding change and action to achieve their goals. This is sometimes referred to as the “3.5% rule.” If 3.5% of the population agrees on something and act on something, they can often get it. With the protester number still coming in, it seems we’re not there yet. However, it is undeniable that this is just the beginning of many more large scale protests. It’s almost funny how it draws a parallel with climate change – a runaway train and the only way to slow it down is governmental action. With the use of social media, cross-continental protests can be arranged with ease with a few dedicated volunteers.

Climate change will be the backing-track of our lives and people will continue to stand up for what is right and what is good. Protecting our planet, and only home, is something that I think is worth standing for.

Share this article -
Published Sep­tem­ber 23rd, 2019
Tags opinion climate change climate action and environment climate emergency protest government
Can this be improved? Contact editor@spunout.ie if you have any suggestions for this article.