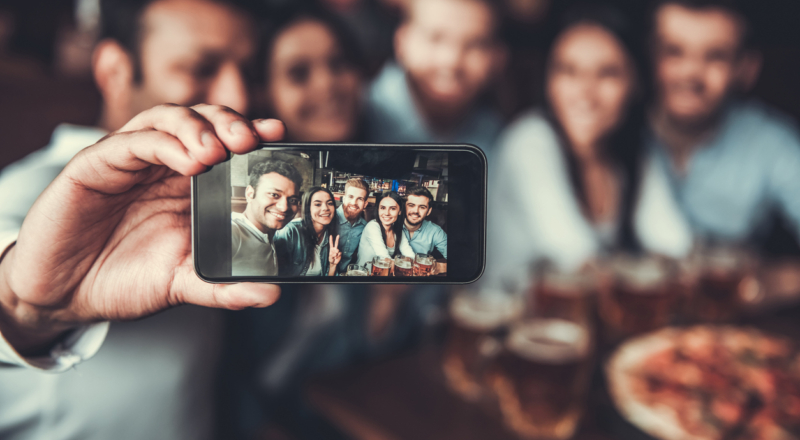 Why we need to learn more about binge drinking

Written by Caoimhe Jameson and posted in opinion

Do I binge drink?

Binge drinking to me was always a term I associated with big nights out – freshers week, birthdays, 12 pubs and the likes. I never realised that I actually binge drink on the quieter nights too, like movie nights at home with my friends and a bottle of red.

Binge drinking is the consumption of more than six standard drinks on one occasion. A standard drink is a half a pint of stout, lager or beer, 100mL of wine or a pub measure of spirits. The low risk drinking guidelines for a woman is 11 standard drinks a week or 17 for men, with two or three alcohol free days during the week.

Unknowingly, I drink more than this on a regular basis. And I am not alone in that. A study carried out by the Department of Health found that 37% of those who drink alcohol indicate that they binge drink. However, 29% of those who do not think of themselves as an occasional binge drinkers actually do binge drink at least once a month.

Lack of education around drinking

When I read these statistics, I was initially shocked. But looking at my own habits, I would never have thought of myself as a binge drinker purely because I don’t go to the pub or out clubbing every weekend. Yet, I frequently do binge drink. It’s obvious to me that despite Ireland’s infamous drinking culture, there is clearly a lack of education among citizens on binge drinking. With this, comes a lack of knowledge on the long-term health impacts of binge drinking.

The common belief that I and so many others have, that a couple of pints or a few glasses of wine won’t have an impact on your health, needs to be addressed. Regularly drinking over the recommended health limits can cause physical and mental health problems over time.

Shockingly, every month in Ireland, 88 people die due to alcohol. Alcohol is linked with an increased risk of developing more than 200 health conditions ranging from cancer, stroke, liver disease and dementia. Alcohol is a factor in half of all suicides in Ireland and is involved in over a third of cases of deliberate self-harm.

While our education rates are improving rapidly with more and more young people completing their leaving certificate and entering 3rd level education, I think it’s clear that we as a nation have been grossly uneducated about the dangers of alcohol consumption. A 2015 study found that only 42% of the Irish public were aware that alcohol is a risk factor for cancer. On top of this, 63% of the public thought some alcoholic drinks are more dangerous than others. I believe drinking until drunk and drinking games have contributed to this problem as drinking too much alcohol too quickly can lead to alcohol poisoning, which requires hospitalisation.

Changes to our drinking habits need to happen on a personal, community and countrywide scale. Taking responsibility for our own drinking can be done through various measures, such as keeping within the low risk weekly guidelines. Tackling the drinking culture in local communities - be it at home, with friends, in college or at work - by reducing the stigma around the choice not to drink and encouraging non-alcohol orientated activities - can create a healthy environment where people can make their own decisions regarding alcohol. Finally, I think the introduction of effective targeted health campaigns surrounding alcohol and it’s risk factors are needed to inform the public on the dangers of excessive drinking.

Share this article -
Published Octo­ber 22nd, 2019
Tags opinion alcohol drinking healthy living
Can this be improved? Contact editor@spunout.ie if you have any suggestions for this article.