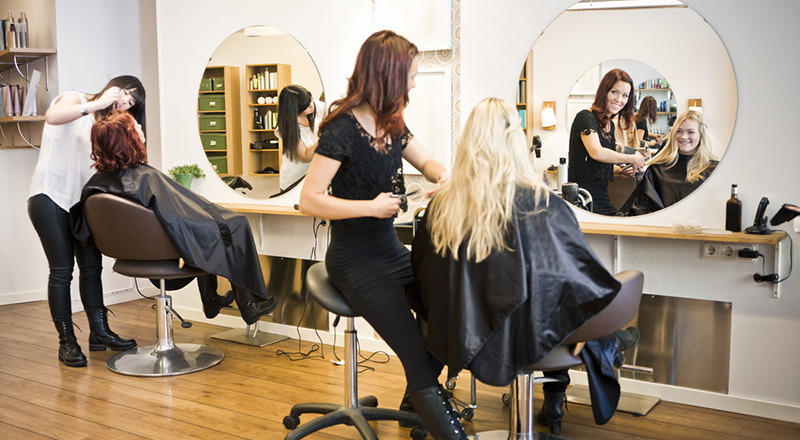 Who you choose to come out to is your own decision

“So...any plans for tonight?” I raised my eyes to the reflection of my hairdresser in the rectangular mirror that faced me. Maybe it was the post Pride March ‘out and proud’ feelings that still lingered from the previous afternoon, or the Post Pride celebration fatigue that rendered me incapable of racking my brains for one of my usual answers. This time I decided to answer her question honestly. “Just a few pints in The George”, I said as casually as I could muster.

“Sounds nice and relaxing”, she replied, her bubbly tone unchanged - “I wouldn’t mind a few beers later myself.” And so there you have it. My first direct ‘coming out’ experience to someone who was not within my family or circle of friends, and nobody died.

That particular milestone took place two years ago, and in hindsight, I don’t know what I was expecting. Well, I think it all stems back to the reactions that I received towards my sexuality when I was growing up.

Let’s just say that the people who either guessed or whom I confided in about my sexuality didn’t exactly make me feel that fancying girls was okay. Through the medium of dirty looks or sly comments that were thrown my way, I was made to feel ashamed. As if I were a convicted criminal or a deviant sexual predator.

Perhaps to anyone who has not received such negative feedback with regard to who they are, these comparisons may seem slightly dramatic. Yet, these feelings are a common experience for many people on ‘coming out’ or being ‘outed’. I remember one occasion where I was watching a DVD in my best friend’s bedroom. A knock came at the door. It was a girl who my best friend was also friends with, who knew through connections of hers that I was gay. I will never forget her response upon hearing that my best friend at the time had been upstairs watching a film with me. "What is SHE doing up there?” she questioned, implying that my presence in this girl’s bedroom rendered a threat to her wellbeing.

I could continue to list a myriad of negative reactions that I received towards my sexuality when I was younger. But my main point in writing this article is to raise the fact that ‘coming out’ as such, never really stops. We almost feel that once we have come out to say our parents or our friends, then that is it. The whole world knows who we truly are and now we never have to go through such an uncertain and scary experience again. But, as our lives progress, we see that that is not the case. Friends come and go, the location of the place we call home changes, and with this the whole ‘coming out’ cycle starts again.

Now, at 24 years, having received great support within the gay community and having made good friends along the way, I feel much more confident when questioned about my sexuality. However, I can’t deny, that right before my initial "I’m a Gay" omission that those past feelings of dread and shame haunt me. But from speaking to other lesbians, I know that I am not the only one who sometimes feels this way. In fact, when I told a lesbian friend of mine about this article, she too confessed to lying to her hairdresser about the venues of her nights out. She also confided in me that she had not yet told a female friend in college that she was a lesbian; for fear that the girl would distance herself from her.

Some people don’t share their sexuality due to their belief that their sexuality is nobody’s business but their own. I feel that despite the LGBTI+’s community mantra of being ‘out and proud’, there are still many gay people who are ‘out and proud’ when mixing with other LGBTI+ people, but are not as confident when spending time with people who are outside of the LGBTI+ community.

Perhaps for those of us who still feel slightly nauseous right before we utter the words "I’m Gay" to a new ‘straight’ friend, this is just a form of Post Traumatic Stress Disorder rearing its ugly head. After all, wouldn’t it be understandable that those of us who received negative feedback during our adolescence are predisposed to being more secretive regarding our sexual orientation in the here and now? It would go some way towards explaining this fear around ‘coming out’ to new people as our lives progress. After all, in 2012, being a lesbian, thankfully is not seen by the majority of people as being a bad thing (and nor should it be), so why are some of us still stuck in the past?

Then again, maybe some gay people choose not to ‘come out’ amongst certain people for fear of their own personal safety? After all, the recent homophobic attack and subsequent tragic death of Canadian gay journalist Raymond Taavel shows that despite the great progression the global LGBTI+ community has made towards tackling homophobia, it still unfortunately exists.

However, through awareness raising campaigns and the involvement of high profile gay celebrities, such as Mark from Westlife, in raising awareness of homophobic bullying, I think we are on the right road towards ensuring that ‘coming out’ is no longer such a daunting prospect, at any stage in our lives.

Share this article -
Published Jan­u­ary 23rd, 2013
Tags relationships lgbt sexuality gay
Can this be improved? Contact editor@spunout.ie if you have any suggestions for this article.