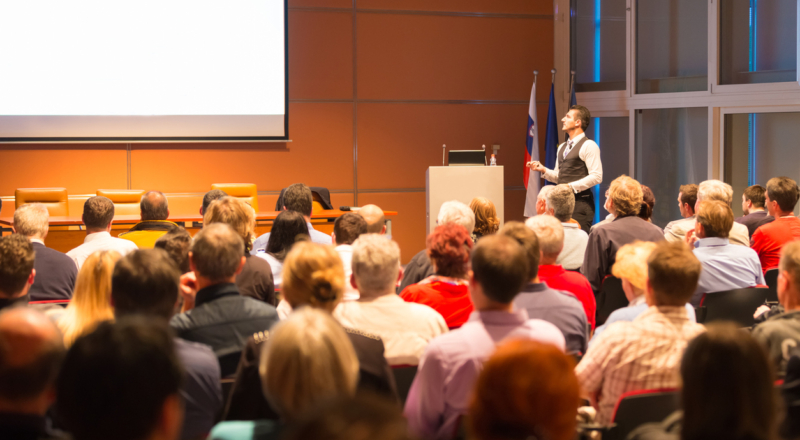 Reporting from the 'Cannabis and Youth Health: The Evidence' seminar

SpunOut.ie reporter Colm attended the first RCSI public lecture series and learned a lot about the effects of cannabis

Written by Colm Caldwell and posted in opinion

The Royal College of Surgeons (RCSI) in Dublin kicked off its public lecture series with a lecture titled ‘Cannabis and Youth Health: The Evidence.’ It took place just off Stephens Green in Dublin, and was hosted by radio and TV presenter Miriam O’Callaghan.

I found the lecture incredibly interesting. It was an amazing opportunity to learn from experts about the effects of using cannabis. The evening focused mainly around the negatives of using cannabis. Whilst I personally believe there to be some benefits to responsible cannabis use, it showed me that a lot more education is needed on the effects of cannabis, particularly on young people’s health and wellbeing. Legalisation of cannabis is getting more and more attention these days and while I hope we have a legal, regulated and safe way of purchasing cannabis in Ireland in the near future, I believe greater attention should also be given to informing the public about the short term and long term effects of cannabis.

The speakers on the night

There were two key speakers on the evening. Mr. Alex Berenson, an author and former New York Times journalist who has written a best-selling book called “Tell Your Children: The truth about marijuana, mental illness and violence” and Professor Norman Delanty who has a background in Neurology, a branch of medicine that deals with disorders of the nervous system. Professor Delanty’s work focuses particularly on epilepsy. The two main speakers were joined on stage by Professor Mary Canon and Professor Susan Smith from RCSI, and Dr. Garrett McGovern from the Priority Clinic which deals with alcohol and drug addiction. There was a panel discussion and then a Q&A took place to finish the evening up.

The lecture began with Mr. Berenson offering his views on Cannabis. He touched on the issue of schizophrenia, making reference to a study from the 1980s which shows that people who have smoked marijuana more than 50 times before their 18th birthday are six times more likely to develop schizophrenia than people who have never smoked marijuana. He believes the medicinal value of cannabis is overstated, citing that 94 percent of people who are approved to use medical marijuana, in places where it is legal, are recreational users. He talks about how medical marijuana is being prescribed as a pain treatment, but studies have shown that it is not effective at reducing pain.

Mr. Berenson outlined more risks of cannabis use, like higher rates of opioid addiction later in life for users. He also quoted a study which found that the children of mothers who used cannabis while pregnant show higher rates than normal of psychotic symptoms by age 11, and a study which found that the risk of having a psychotic disorder increases five fold with daily cannabis use.

Professor Norman Delanty took to the stage next and offered a slightly more analytical and broad insight into cannabis and its history. He mentioned that William O’Shaughnessy, an Irish doctor from the 1800s, was the first to promote medicinal cannabis in western medicine after encountering the plant on his travels in India. It was initially said to be a treatment for epilepsy, a potential use that remains a topic of debate to this day. However, he went on to say that many patients with severe epilepsy will have no response to cannabinoids.

Professor Delanty explained the role of the European Medical Association (EMA) and the Federal Drugs Authority (FDA) in the US and how they relate to our own ‘Medicinal Cannabis Access Programme’ (MCAP). Under the current programme medicinal cannabis can be accessed for a limited number of conditions. Professor Delanty highlighted a study which showed that CBD (a non-psychoactive compound in cannabis) has shown promise as a treatment for Dravet Syndrome and Lennox-Gastraut Syndrome, both of which are type of severe epilepsy that begins in infancy or effect children.

Professor Delanty added that there are no formal clinical studies showing THC (the main psychoactive compound in cannabis) being effective in the treatment of epilepsy. Also, he outlined that CBD can come with some side effects like stomach problems, diarrhoea and a reduction in appetite. However, he did finish his talk by stating his belief that these are exciting times for advancements with cannabis.

The Q and A session that took place after the key speakers had finished their talks provided some of the most concerning information on cannabis of the evening. For example, the higher potency of cannabis nowadays compared to a few decades ago. The HSE’s medicinal cannabis access programme was slated by a father from one of only four families in the country to receive reimbursement for their expenses from the government. He said that the cannabinoid that was given to his child has helped significantly, but he went on to say the HSE consistently delayed his families’ reimbursement. The bill, which had reached 12,000 euros, was causing great stress to his family before it was reimbursed.

If you would like to watch the lecture in full, the link to the official recording on RCSI’s YouTube channel can be found by clicking here. The RCSI’s 2019 public lecture series will continue with four more lectures over the course of the academic year. If you have an interest in attending one of the upcoming lectures on inequality in healthcare, vaccinations, positive psychology and more, please go to rcsi.com/myhealth19.

Share this article -
Published Octo­ber 1st, 2019
Tags opinion cannabis drugs epilepsy legislation
Can this be improved? Contact editor@spunout.ie if you have any suggestions for this article.

What is cannabis?
Why I believe we should be more open to CBD oil
What happens when you mix alcohol and drugs?