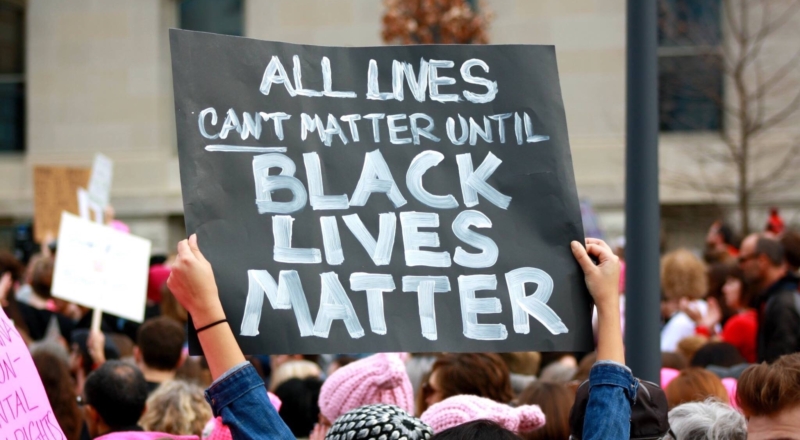 We need to take a serious look at racism in Ireland

With the Black Lives Matter movement gaining momentum in the US, Aoife talks about racism in Ireland that needs our attention too

Written by Aoife Devlin and posted in opinion

The events in the US over the last few weeks need no introduction. The death of George Floyd by police set off a movement which had been building tension for years. The protesters in the US were joined by others across the world, with people from all cultures coming out to show solidarity. Ireland was no different with protests springing up all over the country in spite of warnings by the Gardaí about COVID-19 restrictions. Social media has been flooded with posts centring around solidarity and educating ourselves on how to be better allies. There is unfortunately also quite a bit of cynicism circulating that this is just a popular trend that will disappear as quickly as it arrived. I really hope not.

From what I have seen, people seem to find it easier to hop on the solidarity train rather than take a proper look at racism in Ireland. The movement has prompted many black people in Ireland to share their stories about how racism has affected them. It has brought the spotlight back on Direct Provision and the result of the 2004 referendum on the 27th Amendment which I had not even known about beforehand. What’s quite disturbing to me is the ratio of posts about police brutality and racism in America, to the amount of posts about the racist systems and cultures here in Ireland. I think that as a ‘trend’ people tend to focus more on the US. In order to show we really care about meaningful change, I think we need to focus more on Ireland.

It is easy to focus on others. To exclaim relief at how much better the situation is in your own country compared to others, instead of comparing how much worse the situation is in your country compared to the best. According to the Irish Times, in a recent survey of 12 EU states, Ireland ranked among the worst for racially motivated violence. The idea that Ireland is not a racist country is a myth and we need to do something about it.

The Taoiseach recently defended the Direct Provision system (which has been called out by human rights organisations worldwide) as “ultimately, a service offered by the state. It’s not compulsory, it’s not detention and involves people being provided with free accommodation, food, heat lighting, health care, education and also some spending money” going on to say ‘it is not the same thing” in relation to the death of George Floyd. When the standard of human rights that we are offering to our most vulnerable is “not the same thing as murder” I think it is time that we raise the bar in this country.

Under the 27th amendment children born in this country to parents who are not citizens are not themselves entitled to Irish citizenship, leaving them stateless in some cases. Children who have lived in Ireland all their lives can be deported to a state that also may not recognise them. But at least they’re not getting killed in the street by our unarmed Gardaí right? It is my opinion that if we want to show true solidarity with what is going on in the world right now we need to focus on improving our own country first, by comparing it to countries where the situation for black people and minorities is superior to the situation in Ireland, not using countries where the situation is worse to make us feel better about ourselves.

Hold ourselves to higher standards

This is not to say, however that solidarity with the US is not important. It has been acknowledged by many media outlets that it took protests in all 50 states, together with solidarity from countries around the world, just to get all the police officers involved in George Floyd’s death arrested. International pressure is important, there's no doubt about that. But if racism is more evident in the US that in no way should give us an excuse to accept the racism, systematic or otherwise, seen in Ireland today.

It’s always more difficult to look for faults in yourself rather than focusing on the obvious ones somewhere else, but I am sure that we as a nation can do better. We can pressure our government into creating fairer, more humane ways for people seeking asylum in Ireland. We can educate ourselves and our families on how to do better and be actively anti-racist. We can use recent events not to find an excuse to feel better, but as an excuse to do better.

Share this article -
Published June 9th, 2020
Last updated Sep­tem­ber 18th, 2020
Can this be improved? Contact editor@spunout.ie if you have any suggestions for this article.