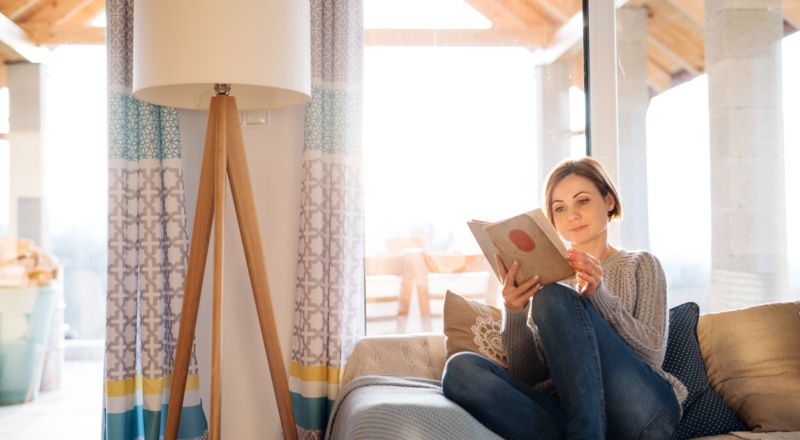 Why being busy is not always good for our minds

Áine talks about the importance of being present in the moment, and learning to say no.

Lately I started to realise just how many tabs I had open in my head. And unlike your average computer that can either shuffle or "x" tabs efficiently, unfortunately the human brain doesn't quite work like that (well, at least mine doesn't). This tab business suddenly made me wonder, are our minds ever really where they’re are supposed to be? And why is it that we can't just tell our brains to "x" off altogether? I mean, wouldn't you if you could?

Noticing my own thinking

Intrigued, I started to play around with my own tabs. When I was going to sleep, I was thinking about work. When I was at work, I was conscious of the traffic while commuting to training. When I was at training, I was praying someone had remembered to turn on the immersion. When I was in the shower I was calculating at exactly what time I needed to switch off in order to get at least six hours and 22 seconds of sleep. Sound exhausting? It was.

Not only was I keeping tabs open unnecessarily but because I wasn't dealing with them, they now turned into viruses. We all know them. You download Pirates of the Caribbean that one time and boom, for six months straight you get unnecessary ads that pop up with things like "click here to win $6,000,000" or even "ready to meet sexy locals in your area?" Unlike the sexy singletons in my local area, there was certainly nothing sexy about the way I was feeling. I was trying to give 100% to everything I was doing and somewhere along the way, I ran out of battery.

Deciding what I want to focus on

Now everyone’s definition of living will be different, but for me it is something along the lines of inhaling that last square of chocolate with no regrets, not responding to that email that came in shortly after 10pm and even going for a pint on dare I say, a school night? I used to be in control of my tabs, but slowly but surely, they started to control me. To say it took me a while to gain back some control is an understatement. You see, I was doing all these things not because I wanted to, but because I felt I had to. Because I felt pressure from society to do the best, to be the best, and above all to not need to take a rest.

I tried to recall the moment "being busy" became a thing I aspired to be. Because internally, I have always associated "being busy" with happiness. When I was younger and my Mom would bump into her friend at the shop she would always ask "and how's John getting on" to which moms’ friend would reply with a great big smile and say, "he's great, he's really busy". So, I think subconsciously I associated someone being really busy as someone who was very happy. Maybe I didn't fully buy into her delicate smile, but it definitely made the term "busy" sound enticing, purposeful and something I would like to be described as some day.

Familiar with the phrase "be careful what you wish for?" Recently I overheard my Dad on the phone to a friend of his in the next room saying "Áine? She's great, she's really busy" and all I could do was laugh. If great meant not sleeping for weeks, waking up with mouth ulcers, and answering social media posts at two am then indeed, Áine was f***ing fantastic!

I may have been in work physically, but I was no more there mentally than the Pirates of the Caribbean download was legal. So, I started taking my life back one tab at a time. And it's not easy when you aren't familiar with the term "no." But as much as I found it difficult to set boundaries, I was starting to realise how much of a ‘virus’ I had been on not just myself, but my family.

I was irritable, pessimistic, moody, and nothing at all like the constant delight I normally am. So I decided to make a conscious effort to sort out my tabs, if not for me, then for those around me. Because we never truly realise the impact our mood or behaviour can have on those around us..until they tell you...angrily...three weeks later!!

So for anyone that's having a hard time saying no, multitasking, or remaining present, remember that it is okay to reshuffle sometimes. It's okay to click "x" and for god sake it's okay to shut down the whole damn thing for a while. We are not computers so let's stop acting like ones. Self-care is not selfish. It's about taking back your power, which we should all be willing to try.

Share this article -
Published May 29th, 2019
Last updated Sep­tem­ber 18th, 2020
Tags opinion self care mindfulness mental health
Can this be improved? Contact editor@spunout.ie if you have any suggestions for this article.

Does Mindfulness live up to the hype?
Top 5 apps for your mental wellbeing
How my self-soothe box helps when I'm feeling anxious