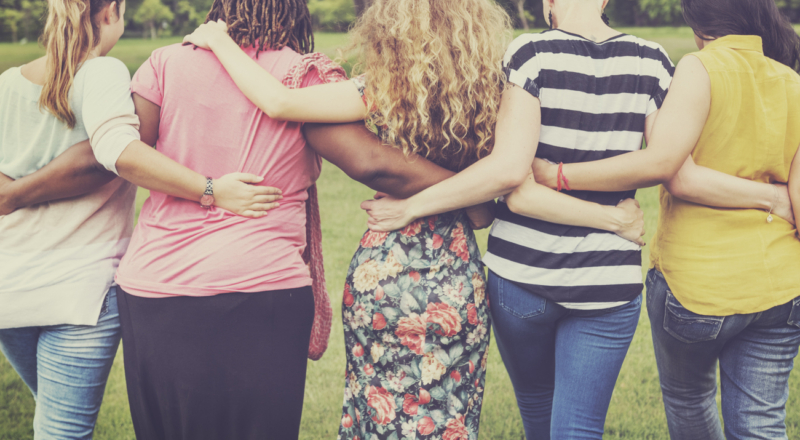 Why feminism is so important for young people

Inspired by Emma Watson's empowering speech, Catherine looks at why feminism is so important

Written by Catherine Mohan and posted in opinion

Emma Watson was doubting herself and feeling nervous in anticipation for her first HeForShe campaign speech on the 20th of September 2014. She was commencing her role as a UN Women’s Goodwill Ambassador at a special event held at the United Nations headquarters in New York. Watson was very articulate in portraying her opinions on feminism and her wish to involve men and boys in the progression of gender equality. However there was one quote from her speech that I find particularly striking. She was questioning her involvement in such a prestigious event and she stated ‘If not me, who? If not now, when?’. This statement resonated strongly with me as I’m sure it did with numerous other women and girls.

The fact that Emma Watson, an actress and model who starred in the incredibly successful Harry Potter franchise and graduated from Brown University felt apprehensive in validating her presence in the campaign, made it clear that this self-doubt is experienced by many women. My problem is that I approach every challenge with a negative hesitancy with the opinion that I will be unsuccessful before I even begin. I am fully aware that this is an attitude that I must change and I implore all women to do likewise. Watson experienced some criticism as certain people argued that her opinions were nothing new and that it was her celebrity endorsement that renewed interest in feminism. Nevertheless, it was time for someone to highlight the very important issue of women being underrepresented in society.

The Organisation for Economic Cooperation and Development’s international study of gender equality in schools found that girls have less confidence with the subjects of maths and science, than their male counterparts. This is despite the fact that they surpass boys in academic achievements overall. I recently read an article in Psychology Today that I found fascinating. It examines ‘The Trouble with Bright Girls’ and the studies that psychologist Carol Dweck governed in the 1980’s examining how bright girls and boys in fifth grade interpreted new and challenging material. She discovered that bright girls were quick to give up when given unfamiliar and difficult assignments and that the higher the girls IQ, the higher the likelihood that they would bail out. Conversely bright boys would see a difficult task as a challenge that they would work at to overcome. The interesting thing is that these girls continue to carry their beliefs and this affects them throughout their lives. I believe that you cannot underestimate the influence that your school years have on the rest of your life. I know that they have had a profound impact on me and made me the person I am today. The inferiority complex and lack of confidence that some people experience in school, lingers long after leaving the establishment.

Furthermore this causes us to question whether a lack of self-confidence is having significant consequences on our society. Why are women so poorly represented in politics? I find the statistics on this matter absolutely baffling. There are 35 female TD’s (22%) in Dáil Éireann, and they make up only 20% of local authorities. In the National University of Ireland, Galway there has only been ten female Students Union presidents in the last 58 years. It is unbelievable that women still face so many obstacles in advancing their careers in both the public and private sectors. According to the Central Statistics Office, women in Ireland are paid 14% less than their male colleagues which is a 2% increase on the 2012 figure. The issue of gender pay attracted global attention in July 2017 when it was revealed in the BBC’s annual report that their male employees earned on average 9.3% more than their female colleagues and they formed the top seven earners overall.

Why is it that men still hold the majority of social, political and economic power in the world, when women are just as qualified and capable? The Associate Justice of the Supreme Court of the United States Ruth Bader Ginsburg gave an eloquent account on the matter. ‘Women belong in all places where decisions are being made. It shouldn’t be that women are the exception’. There is nothing but power and truth in that statement and it is painfully clear that women have amazing potential for political careers that up until this point has been neglected. Women offer a unique and undervalued outlook and should be recognised as equals in our societies and workplaces.

Although my daily struggles as a young woman growing up in Ireland are far removed from addressing the world from the UN or pursuing politics, I still face the same challenges as these women. I constantly question ‘why me?’ when I am intimidated by certain issues, but now I have begun contemplating ‘why not me?’ It is easy to be consumed by doubt and fear but it is largely evident that these emotions are ultimately pointless. The crippling fear of other people’s opinions and judgements are bothering me less since I refused them as a defining force in my life. No one should have the power to tell you what you are or aren’t capable of doing, that judgement lies with you. Gender stereotypes were a main focus of Emma Watson’s speech and how they result in the inability of men and women feeling equal. She outlined men feeling pressure to live up to their aggressive stereotype and women to be submissive. These stereotypes should have no influence on how we act or live our lives; after all they are long outdated and misogynistic ideals. There has been a perplexing link made between man hating and feminism that needs to be eradicated. I believe that men and women deserve equal opportunities and that is why I am a feminist.

Share this article -
Published June 26th, 2018
Tags feminism feminist opinion gender pay gap representation
Can this be improved? Contact editor@spunout.ie if you have any suggestions for this article.

What is Feminism?
Why is International Women’s Day important?
Fear of feminism