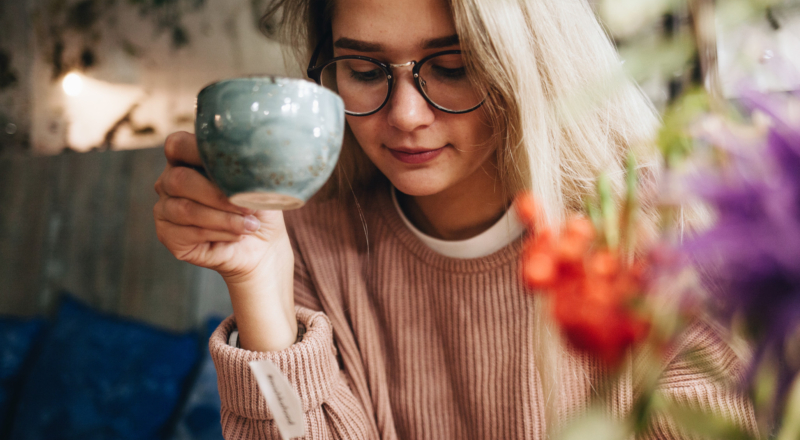 Why I'm struggling with my mental health during COVID-19

While the last few weeks have been very difficult for Tara, it has also shown her how resilient she is in tough situations

Written by Tara Kiely and posted in opinion

I am 23-year-old with the diagnoses of Obsessive-Compulsive Disorder, Schizoaffective Disorder and Borderline Personality Disorder (also known as Emotionally Unstable Personality Disorder). I moved home from Galway city to my parents’ home, over 160km away, just before the pandemic, due to a relationship breakdown and for financial reasons. As of now I have not seen a psychiatrist in six months, despite having had three individual episodes of mental ill health during lockdown. My usual gap between appointments is three months at most, usually two months.

I have really struggled during the lockdown, but I was lucky I had moved home. Without the support of my family, my experience would have been so much worse. Added to this was the fact that my prescription for my psychiatric medication was in Galway, with my ex, who supposedly misplaced it. My GP was still in Galway, and there were long waiting lists for all the GPs in my hometown. I went to a local pharmacy several times to try and resolve the issue, and received conflicting advice each time I went. One time I was told to get my GP to post a prescription, the next I was told I should have faxed it. I was then advised to drive to Galway, despite not having a car or a license, and the fact that the journey takes at least four hours by bus (under normal, pre-COVID timetables).

Taking the medication I had left

A local psychiatric ward advised me to travel to A&E and ask them for a prescription. I felt that it was impractical and a huge waste of services to spend hours, possibly a whole day in A&E, just to get a prescription. I’m sure the hospitals could do without writing routine prescriptions during this time of global pandemic. I managed to get a few days’ supply of my medication from the pharmacy in the end. Unfortunately, at this stage I had completely run out, and had been taking my meds every second day to avoid the most severe effects of stopping them suddenly. I did my best, but it still understandably led to a severe dip in my mental health.

I was crying all the time. I wasn’t sleeping for days. I was restless. One night at 1am, I had the ‘brainwave’ that I should move to Argentina as soon as possible. Luckily the next day I was able to recognise this as delusional and manic thinking. However, I could just as easily have booked a plane ticket to Argentina. My usual ways of coping with feeling down include going for walks, meeting up with friends, going to coffee shops. Suddenly these things were unavailable. I became obsessive about social media, and I feel I was oversharing personal things on social media platforms.

During this time, my old family GP where I had been a patient a year previously agreed to take me back on file. I was finally able to get my prescriptions. This was after spending €20 on several days’ medication, as I wasn’t allowed to use my medical card for it. So that solved my medication issue. My mental health nurse in Galway rang me to check up, as did a local youth service. I explained what had happened and my nurse took some details to transfer me back to my local services. I still had some lockdown-caused episodes, though. On one occasion, after having not slept all night, I rang the psychiatric ward at 4:30am, desperate for advice. It was at this point I was informed that I would not be able to access my local mental health services for a 6 month ‘waiting period.’ I calmly explained that since we were in a national state of lockdown and restricted in our movements, it was not possible for me to travel 160km+ to the Galway service. The nurse on the phone agreed that ‘I was in a bit of a bind, there’, but the only further advice he could offer was to call my old local mental health nurse.

Later that day, my mother rang my GP while I had a panic attack in my room. I explained the situation to him on the phone and he told me the 6-month waiting period was ‘rubbish’. He said he would write to the local mental health services and get me seen and he would also ring my old mental health nurse for me. A few days later, I rang her too, and 12 days later I am still waiting to hear back from her. I have received a letter indicating that I would receive an appointment with a psychiatrist at the end of the month.

What I’ve learned about myself

This whole situation has taken almost three months to resolve. I am 100% certain that I am not the only mental health patient in this kind of situation, and I can only speculate as to how much damage is being done to an already vulnerable population. I have totally lost faith in the healthcare services, and I don’t know if I will fully be able to trust in the services after this.

It isn’t all bad, though. I also realised my own inner strength, and gained resilience and confidence in my ability to cope and ‘weather the storm.’ I have gained an immense sense of gratitude and appreciation for my family, at my side all the way through. It’s not news to anyone that the mental health services here needs improvements, but my hope is that stories like mine can lead to honest conversations about the ways that, in times like these, vulnerable people can end up in a more precarious position.

Share this article -
Published May 21st, 2020
Can this be improved? Contact editor@spunout.ie if you have any suggestions for this article.