Lauren reflects on her learning on the road to radio.

Back when I was sitting the Leaving, if someone had handed me an article detailing a frank and honest report on what it takes to make it in radio in Ireland I probably would have chanced my arm at nabbing a scholarship at NASA instead. That would’ve seemed a more tangible feat! But I got the ‘calling’ from the media industry and set off delirious in my ambition; in a state of blissful naivety to pursue my beloved vocation.

And that is what the media industry is – a vocation, make no mistake about it. Passion is the main ingredient in conjuring your success story coupled with the ability to endure and learn quickly. If you want to go after a career in radio you must first become a media junkie and devour every morsel of knowledge about how the industry operates. After that, natural talent and personality will be your key in the door. (See www.radiotoday.ie to keep up to date with the latest radio action in Ireland.)

The radio industry in Ireland is like a family. It’s a small and deeply established community who only welcome those whom are experienced, dedicated and have something innovative to offer. The best way to make yourself visible to prospective employers is to take advantage of the vast and diverse opportunities in smaller stations such as community radio and niche stations. So before you embark on your professional radio career, there is a whole other realm of radio to be discovered and experimented with, and this will help you to find your thing and what you are able to bring to the table.

Though your time in community and internet radio may well be unpaid or internships, your experience in these stations will be your most valuable asset when seeking employment as you’ll be actively shaping yourself into an employable, competent journalist, presenter, producer or researcher who will be fully confident in their roll once they’ve landed a paying position in the mainstream radio world – if that’s what you still desire. This is an opportunity for you to learn from mistakes, take chances and create impressionable demos to send to bigger stations you may be ultimately aiming to be apart of. Stations such as Babylon, a Dublin based community station who promote and celebrate multiculturalism in Dublin are always seeking new and eager students to produce, present and research for them. They are a shining example of how expansive, modern and diverse the wider radio industry is and how there is a station out there to fit every taste and demand. Other stations that are always seeking innovative new personalities are FRQ, a sister DAB station to Spin1038, Dublin City FM, NRG, Liffey Sound, and many more.

When deciding the route to go towards training, it’s worth mentioning that you don’t actually have to go to college and get a degree to be successful in radio. Many people start out small, and befriend people in community stations and work tirelessly until they make it. Personally I cannot urge you enough to get some formal education in the media industry in general when aiming to work in radio. The mainstream national stations are such a small and close bunch that you need to literally shine and have a ‘media tool kit’ fully equipped and updated to facilitate the modern demands of Irish radio. You can only achieve a competitive edge if you’re coming from a well-rounded background of experience and education.

Every University in Ireland runs degree and masters courses in media or a media related field, bar Trinity College, which only teaches film. The degrees are usually broad and focused on ‘new media’, which focuses on social, digital and online media, marketing, web administration as well as law and a language. These courses are suitable to a student unsure of where in the media they see themselves and will provide them with a strong foundation to stand on. For those who have radio in their hearts and are 100% sure of what they want, there are more concentrated courses in Further Education colleges like Ballyfermot College of Further Education and Cork Institute of Technology. They offer Higher National Diplomas and Certificates in Radio Broadcasting and will be more efficient at preparing dedicated future broadcasters for their careers.

Successful alumni students who attended the radio course at BCFE include Rick O’Shea, a presenter with 2fm, Trina Mara, producer and presenter with 98fm, Stephen Mannion, radio producer with Spin1038 and Aisling Bastible of RTE News.

My advice to all aspiring journalists, producers and presenters is to get yourself into a community station and try your hand at everything. Apply for researcher positions in RTE and no matter how challenging a climate you may find it, never lose sight of your dreams. The media industry and radio has ample opportunities that are always changing and evolving to adapt to modern culture and in turn you will too throughout your career. The radio industry will open your eyes and expose you to something new every single day and that’s why I chose it and why I will continue to work to be here regardless of the sweat and energy it takes. It is an industry that will keep you sharp and current and one which you’ll earn your place in, but the lifestyle you achieve in return may well leave you feeling like you haven’t worked a ‘job’ since your crumby retail days.

I sat down with diva extrodinaire Paddy Cullivan, RTE radio and TV personality who I had the pleasure of being a researcher for and asked him about his views on the industry today:

What's the difference between public service and commercial radio and where is the station you work at positioned within that sector?

Could you explain the following roles? – Journalist; Researcher; Presenter; Producer and programme director.

Journalist – records and reports events – shouldn't have an opinion but does
Researcher – builds the programme and the flow of interviews, finds out stuff so the host doesn't have to
Presenter – personality, improvisor, firewall, understands the flow of a radio show. Not all of them are any good.
Programme Director – Liases between the presenter and researcher – is kind of surplus to requirements but can have the odd good idea.

Could you briefly discuss what you think the future holds for radio in Ireland?

I would like to be hopeful – there is plenty of talent out there but only a few are allowed to slip through, many of whom are very conservative. The recent Ray D'Arcy decision was tough on a lot of younger people who need a break, because it seemed like RTE were going backwards rather than forwards – it did however create a gap in Today FM – so hopefully they do something decent and innovative with that. Radio either takes itself far too seriously (current affairs etc) or is really dumbed-down – young people aren't morons but you would think they are from some of the youth-oriented programmes out there. It is also too politically in favour of the establishment. Some recent BAI decisions were strange regarding debate and balance – but hopefully things improve. More new voices – that's what's important.

Could you briefly discuss what you think about podcasting?

It's the way of the future, and a way to circumvent the gatekeepers who decide what gets on air. The recent 'Serial' was a worldwide hit – that's the way of the future. Radio needs to tell stories well again and that's happening with podcasts.  My friend Jarleth Regan started one in London – 'Ama Irishman Abroad' – and it's opened huge doors for him.

Could you briefly discuss how you got into radio; How you got your first job in radio; What advice you would give to the 'wannabe radio head'.

I was promoting a Camembert Quartet album in 2002 and Newstalk had me on – they found me funny so asked me back every week to discuss issues of the day. Joe Duffy poached me from there to do Funny Friday and Ryan Tubridy had me on because of the album. Have a product to start with – something that uniquely yours – that's the secret to a consistent on-air presence – until the product is yourself and others want it!

Check out www.bcfe.ie for courses available in radio this year and www.indeed.com/radiojobs for a list of current opportunities in radio and the criteria required to bag them! 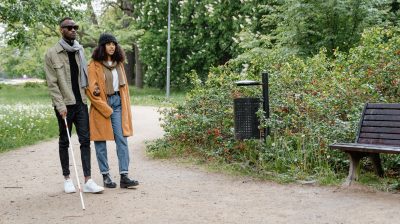 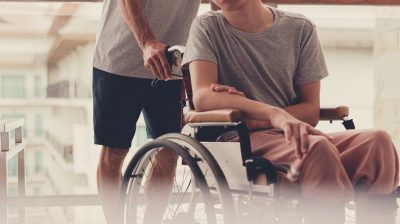 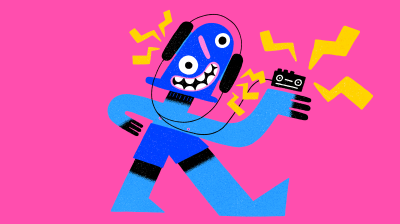