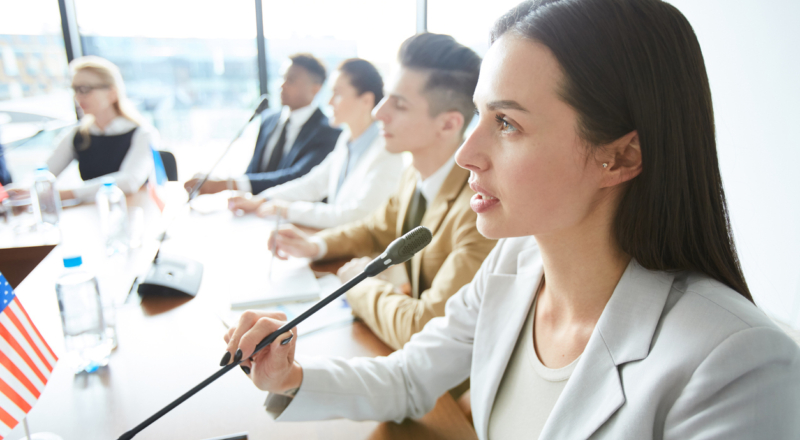 Written by Olivia Powell and posted in voices

It’s 7pm. A group of 200 people are walking through the city centre of Strasbourg, France and we are in awe of the picturesque buildings which run along the river, and the city’s Cathedral which towers over us as we look up in astonishment. But where are we going?

Our first social activity of Model European Union Strasbourg 2019 – the ‘Eurofeast’, where participants were asked to bring food and drinks from our home country. All 200 of us, participants and organisers, gathered in a small café in the centre of Strasbourg. We paced back and forth between tables, which were each marked with the name of a European country and presented an abundance of cultural specialities. All participants came bearing gifts – stroopwafels from the Netherlands, pasta from Italy and Baileys from Ireland, to name a few.

This event was an entertaining start to the week and a wonderful way to meet fellow participants, whom were from all over Europe. In brief, Model European Union Strasbourg (MEUS) is the most realistic simulation of the European Union’s legislative process. It allows youth from across Europe to work as an MEP, Minister, Journalist, Interpreter or Lobbyist for one week inside the European Parliament in Strasbourg. This first-hand experience gives participants a true insight to the decision-making process within the European Parliament and Council. 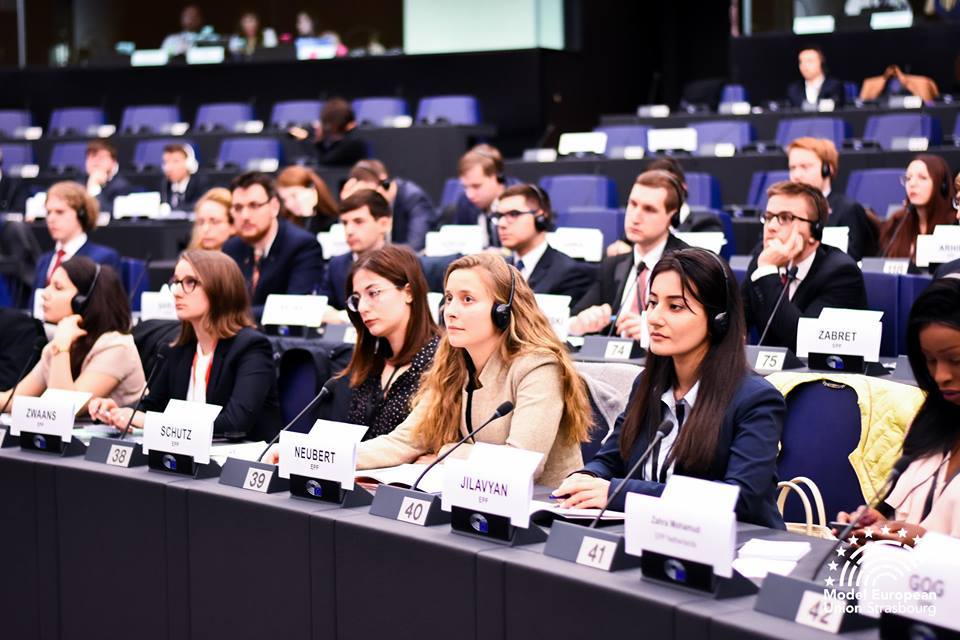 The aim of MEUS is to give participants a wider knowledge and passion for EU politics. It aims to give participants a political expertise in which to share and encourage this with peers in their home country. Each year at MEUS, there are different topics on the agenda, this year topics included climate change, consumer protection and, of course, the upcoming European elections.

This year, MEUS received over 800 applications from youth across Europe. This number shows that young people are interested in European politics and will certainly be casting their vote in the upcoming elections.

Francesca Maria Risso, the Director General of MEUS 2019, when speaking about the huge number of applications, said: “I'm never surprised at how amazing our participants can be, MEUS always gathers a crowd of great and passionate individuals. I am extremely proud of our participants, as a Europhile myself I notice very often the rhetoric used aims to alienate us from those who we think are in the wrong. But that's not what Europe is about. We shape it together and we need to get along for our common future.”

Miss Risso, who is from Poland, and is very proactive in politics, said: “People I talked to on the streets [in Poland] did not understand the link between the changes done by the government and their own lives. Many would just shake their heads and say that this does not concern them, and that they don't care about politics, this is so dangerous.”

Miss Risso continued: “That's why we need to reignite some passion and enthusiasm towards politics that shape our world, and by allowing people to re-enact political processes, we hope to achieve just that. We cannot allow ourselves to be bored or appeased by politicians. We have gained so much these last years, it would be horrible to lose it.”

We also met Nelly Keusch, a Political Science student at the University of Munich, who took on the role of press journalist at MEUS. Miss Keusch said she has always had a passion for politics and participated in MEUS because she “wanted to learn more about the EU and the EU legislation process.”

Miss Keusch, who is 21-years-old, will certainly be voting in the upcoming European elections. She believes that youth are “under-represented” in today’s society, therefore it is very important for young people to show interest and enthusiasm for politics. Miss Keusch said: “Young people are most affected by the decisions that are made, especially on topics such as climate change. Therefore, we should be the ones who are most active in politics [as opposed to the older generation].”

Throughout the week at MEUS, Miss Risso spoke widely and passionately about the upcoming European elections and encouraged each participant to vote. In reflection on her own words, she said: “We need to make sure we have an influence on the world we will grow old in. I don't want to wake up in a political reality I did not help shape. I have been involved with the project [MEUS] for four years and never before was our educational mission more important than this year.”

As MEUS came to a close, we left with vital knowledge of EU politics and its decision-making process, a stronger passion for Europe and its benefits and, of course, friends for life. For more information about MEUS, check out their social media channels and website, in addition, various cities across Europe also hold Model European Union’s.

Finally, make sure to vote in the local and European elections on Friday May 24th. More information about voting and the European Union can be found at SpunOut.ie’s EU Hub. 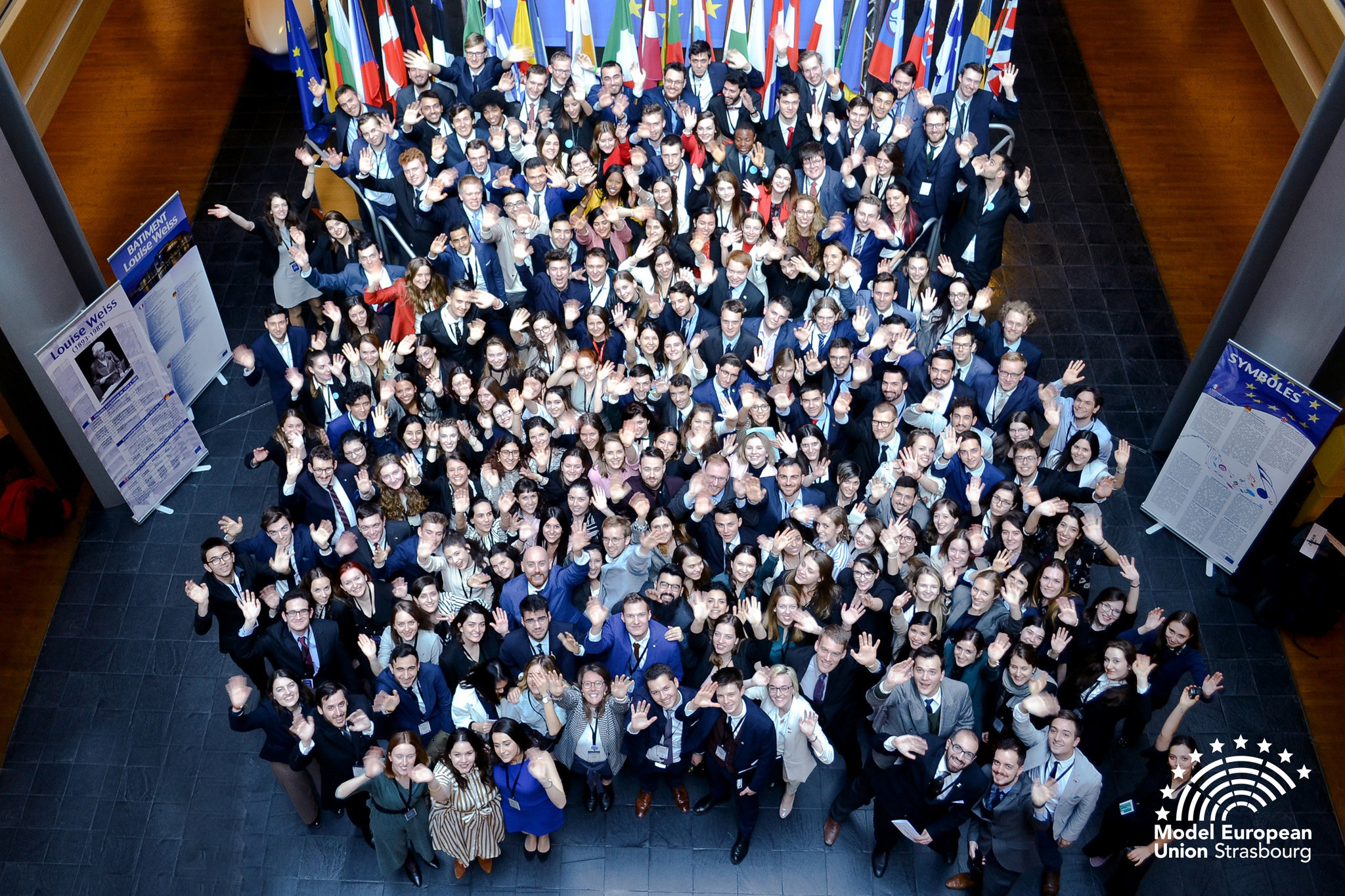 Share this article -
Published May 8th, 2019
Tags EE19 european parliament european union young people in politics passionate eu hub
Can this be improved? Contact editor@spunout.ie if you have any suggestions for this article.

How to lobby a politician
Who can vote in the local elections?