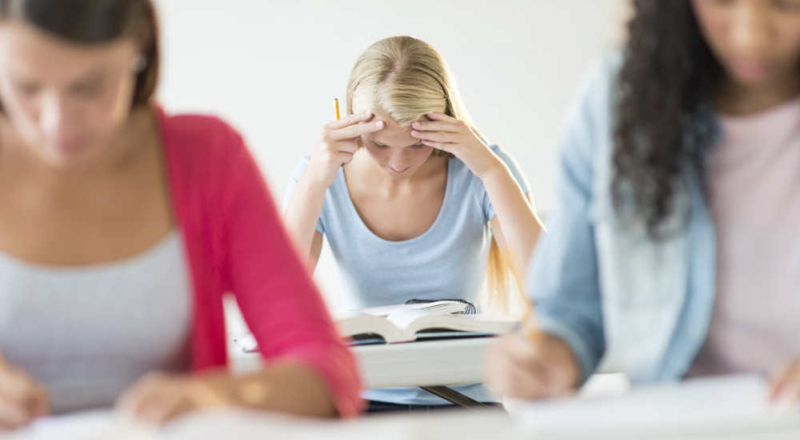 Written by Aoife Gray and posted in voices

Do schools prioritise grades over mental health? On one hand, I would say no. When I was suffering badly with depression and anxiety, I was helped greatly by my teachers.

On the other hand, I would say yes, of course. For example, I had my mocks a few weeks ago. It's a known fact that the mocks are marked unnecessarily hard, in order to frighten people into studying. This doesn't take into account the people with frail mental health, like myself. My mock results hit me like a tidal wave, and it made me feel like giving up. I stayed in bed most of the time for days. Granted, now I feel motivated to study again, but was that mental struggle worth it? Doesn't it have the capacity to be even more damaging for someone else?

School is something we're told to be grateful for. We have access to an education when millions of other kids don't. So why is this miracle like a hell? I know multiple people who've had severe mental breakdowns regarding school, including myself. I know people who've dropped out if school because they simply can't cope with it anymore. For something that is supposed to be so beautiful, why does it cause such harm to our youth?

All this being said, I am not against education. I think it opens up many pathways. But it doesn't open our minds, it shrinks us with fear. Education, at least in some countries, is just not dealt with in the right way.

So what can we do to change this?

Share this article -
Published March 23rd, 2016
Tags mental health school wellbeing
Can this be improved? Contact editor@spunout.ie if you have any suggestions for this article.
Jump to related articles
Was this article helpful?