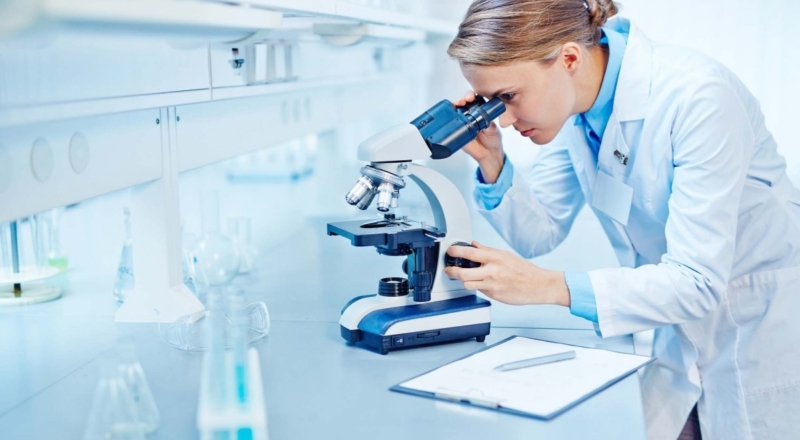 Being a Girl in STEM

Written by Jodie Kenny and posted in opinion

February 11th is International Day of Women and Girls in Science, so I thought I'd share my experience on this topic. I've always been interested in science, since I was a little kid. I always used to collect those chemistry kits that let you do fun experiments and I'd never stop asking questions! So it was a no-brainer that I'd be doing science when I got older. For my Leaving Cert I took chemistry and biology. Due to lack of demand, there was no physics option available in my school during my year. I wanted to get into a general science course but the Leaving Cert didn't go as planned, and I ended up in a Nanotechnology course.

Nanotechnology is the study of really small science, manipulating matter on the atomic scale. It has so many different career options, and the possibilities of nano are endless. It's heavily based in physics and chemistry, with nano tying the two subjects together. Physics isn't popular at all with girls, and because of that there were very few girls in the courses compared to the number of guys. This can be a bit intimidating at first, especially since I attended an all-girls secondary school. It was as if I went from that to an all-boys college! The chemistry courses had a much more balanced ratio of boys and girls, and the biology course was mostly girls.

This is something I'd love to see changed. Girls seem to be afraid to pursue physics, chemistry, engineering and maths. They view them as too masculine, or get scared off by the equations or maybe even by the number of boys. It's not an easy choice, regardless of gender, it's just boys are more willing to take the leap of faith. I think schools should put more emphasis on these subjects, to show girls that they're not as intimidating as they appear and to show the amount of amazing things that can be learned by studying them.

I'm not going to pretend that studying physics has been easy, but I've learned some really interesting things from my physics modules and it's something that I can notice everywhere in everyday life. Most of the lecturers in physics are male, most of the lab supervisors are male, the entire school of physics is basically just guys, with a few girls scattered in there. I want to see more girls there, I want to see more girls teaching physics and leading the way in STEM.

When I went on my work placement, it was the same story. I was working in a big company in the Microscopy lab, which is all big instruments that are built off the principles of physics. I was the only girl in that lab, it was a lab full of guys before I arrived. However, if you walked down the corridor to the Analytical Chemistry labs, you'd see the opposite; it's mostly girls, with a small group of lads. As well as that, out of the 11 interns who got accepted into that company, 9 of them were male. This has nothing to do with who's more capable, I think it just reflects the ratio of the applicants. More men applied for these internships, so more men got them. My internship was brilliant; I wouldn't have traded it for anything. I just wish that more girls could see that side of the science, that side of physics and chemistry, instead of being scared off before they even get a chance to learn.

Being a girl in science isn't always plain sailing, of course you get the occasional person looking down on you because of your gender, or being surprised that you don't study biology instead. This is all the more reason to get more girls into STEM! The International Day of Women in STEM is here to highlight the achievements of women in this field, because too often in history they've been overlooked due to gender. It's a day to acknowledge and remember all those women who have paved the way in science and ensure they get the recognition they deserve. It's also a day to work towards eradicating discrimination against women in pay and recognition within STEM.

In my opinion the best way to do this is to get more girls involved in STEM, show them how rewarding it can be and ensure that girls don't feel too intimidated entering into these careers. Women are just as capable as men in STEM, it's time more girls rise to the challenge and show the world what we're made of.

Share this article -
Published Feb­ru­ary 8th, 2017
Last updated July 31st, 2018
Tags science stem gender quotas
Can this be improved? Contact editor@spunout.ie if you have any suggestions for this article.

How studying abroad has helped my anxiety
Erasmus: The How To Guide