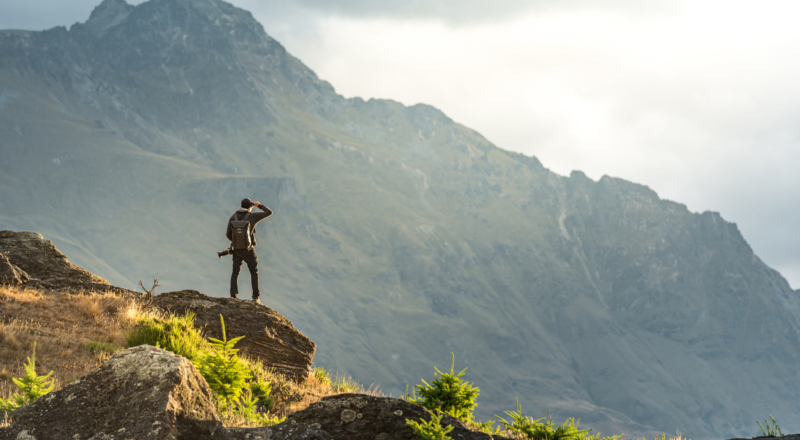 Why I started caring about the climate emergency

Growing up, Edi was not very interested in environmental issues, but he shares why that's changed recently

Written by Edidiong Bassey and posted in opinion

Growing up, I never cared much about the environment. I wasn’t particularly wasteful but I wasn’t environmentally conscious either. Taking care of your surroundings was just something you did to make the place look nice. People who cared a lot about trees and animals were just seen as “tree-hugging hippies.” I remember having a classmate who I used to think was weird because he would go on and on about nature. I sometimes wonder what he would think of me now.

Although I learnt about global warming and the ozone layer in my science class at secondary school, it wasn’t really something I or indeed most of my class thought about in a more practical sense. For me, it was an exam question to be crammed for, and was forgotten soon afterwards. But my environmental consciousness started to wake some years later when I started to develop an interest in volunteering. I was fortunate enough to volunteer for what was then the Millennium Development Goals (MDGs) Awareness Creation Programme in 2014. One of the goals was to ensure environmental sustainability, and I was slowly being shown the importance of caring for the environment, but thinking back, I think the coordinator didn’t focus on it much because it wasn’t a “food on the table” goal and environmental advocacy was not as strong as it is today.

Regardless, I started to develop an interest, and I volunteered for the sustainable development team at the University of Kent, whose role was to examine the various buildings to make sure that they were environmentally friendly. I think it was the first time I had in practice taken the time to ensure that places I didn’t personally care about were environmentally friendly.

However, my real awakening was when I was fortunate enough to land an internship at a production company where I was drafted to work on a documentary they were doing for the BBC on the impact of climate change on childbirth in Kiribati. Kiribati is a small island nation at the opposite end of the world which was literally vanishing, with a substantial number of people leaving the country for New Zealand and other countries for climate reasons.

During this time, I really dug in, and I found out that the country was on the verge of disappearing due to rising sea levels. Watching videos and listening to the pleas of its citizens, including from its leader, who has made several requests to western nations to cut down on their emissions and to send aid, really sent shivers down my spine. If only we were all made more aware of what was going on in nations like Kiribati, maybe people would start to care more about the environment, I thought.

It is a cliché but experience really is the best teacher. Experiencing this shook away the last of my lukewarm attitude to environmental concerns. I realised that caring for the environment isn’t just a good or nice thing to do, it really could be a “do or die” affair.

This isn’t me being overdramatic. It’s now widely recognised that people all over the world are being seriously negatively affected by our inaction.

The signing of the Paris Climate Change Agreement in 2015 was for me a watershed moment. I was genuinely optimistic about the future and thought change was coming. Recent events, particularly across the pond, have sometimes given me reason to despair, but the green wave going across Europe has once again renewed my faith in humanity. I remain an optimist, and continue to believe that, with continuous cooperation, there is still enough time to avoid a doomsday scenario where climate change renders the planet uninhabitable. But we need to act now!

I urge you, reading this, despite recent victories and pains, not to wait on the government to lead – they never have. It is important now, more than ever, for young people to engage in a grassroots movement that continues to lead the way on the climate emergency – because, after all, it’s our future that’s at stake.

Share this article -
Published July 18th, 2019
Tags opinion climate change climate emergency lobbying
Can this be improved? Contact editor@spunout.ie if you have any suggestions for this article.