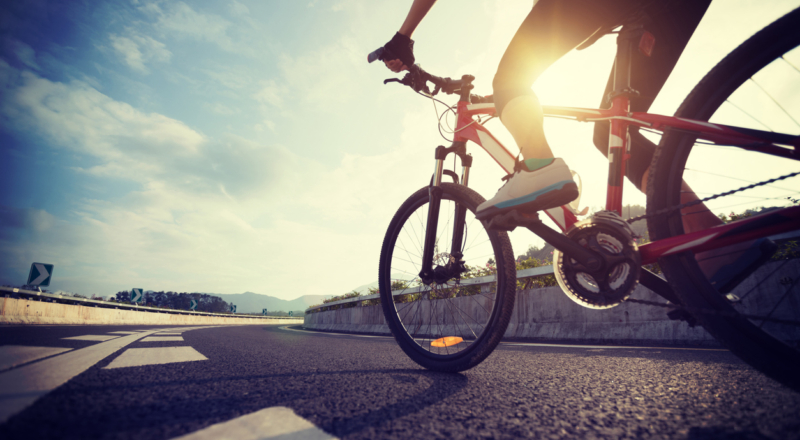 The benefits of commuting on a bike

Ross recently started cycling instead of taking buses and trains, and has noticed the physical and mental health benefits

As many people become more climate-conscious, you may decide that your form of commute is not the best for the environment. You might become more health-conscious, and want to move around, or you might simply just want to have more exposure to fresh air. All these factors led me to do something that I would not have considered before - cycling to and from college.

Previously, I took public transport to get to college, which, in relation to environmental impact, is not actually that bad. Using MapMyEmissions, you can calculate your emissions from your commute, whether you travel by car, cycle or public transport. With my commute only being on trains and buses, I calculated a carbon dioxide equivalent of 0.95lb, with a social cost i.e. estimate of the costs those emissions impose on society of €15 a year.

The benefits for cycling

My first cycle was after the SpunOut.ie fun day in the Phoenix Park, going from Heuston to Ongar on the far side of Dublin, 15 minutes walk away from my house. As an uphill journey, I realised quickly that I was well out of my comfort zone for fitness, having to stop multiple times to get my breath back and give my legs a rest.

However, I stuck to it. I also decided to use a ride-share bike, using the BleeperBike, a dockless bike scheme in Dublin. They’re similar to Dublin Bikes, but you don’t have to return the bikes to stations.This had a small cost of 80 cents per hour for the Bleeperbikes. In comparison, my train journeys costed €2.40 on a leap card from home to college. With the bikes, I pay much less per journey and it usually takes the same amount of time, so for me, it was a sound investment. Indeed, after trying the bikes from two weeks, I chose instead to spend the €75 euro annual subscription, which gave you 4 x 1 hour rides for free.

A chance to go outside

Even if I know I don't have to take public transport to get to a place, cycling can give me a chance to get away from the hustle and bustle of it all.

It also means less screen time for me. Instead of looking on my phone while on the train, I instead have to focus on not crashing into any fellow walkers, cyclists or even the odd swan on the canal every so often. Just by cycling instead of taking public transport, I reduced my time on screen by 6 hours a week, as tracked by an app I use a lot called RescueTime, which tracks my screen usage on phones, laptops and desktops.

After initially struggling to even get home in one piece on my first cycle, I can now easily use my legs to climb up hills without losing all my breath (most of the time). It’s great for your cardiovascular fitness and led to my overall heart rate going down when I'm resting. It was also nice only having to listen to birds rather than a crying baby or being packed onto a noisy train for twenty minutes.

With the BleeperBike scheme too, it allows me to leave a bike mostly anywhere in town and find a new bike to travel around with, which leads to a lot of flexibility to walk into town, grab a different bike and go somewhere else across town or even home through the Phoenix Park.

We need to improve cycling infrastructure

The only catch that I would have is the terrible state of cycling lanes in Dublin. While most of my commute is fortunately covered in cycle lanes, the risks of having to go around cars parked in cycle lanes on roads and coming into close contact with buses make the transition to cycling difficult for the faint-hearted. However, hopefully there will be improved cycle infrastructure with BusConnects soon.

I certainly would encourage any city dwellers to cycle as much as you can. It’s a great way to get outside, potentially save money, and become one of a growing number of people, both young and old, improving their physical and mental health.

Share this article -
Published Sep­tem­ber 19th, 2019
Last updated Sep­tem­ber 23rd, 2020
Tags opinion healthy living commuting cycling exercise
Can this be improved? Contact editor@spunout.ie if you have any suggestions for this article.