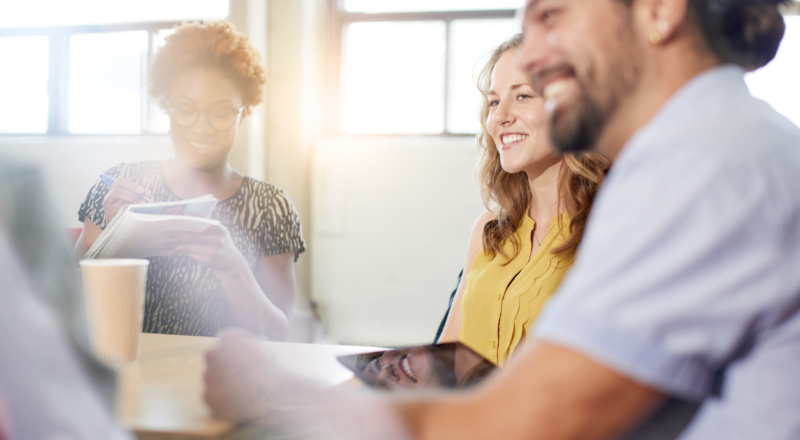 Prior to the referendum, Jenny talked to Brian Sheehan about the links between this referendum and the marriage equality referendum.

Written by Jenny Murphy Byrne and posted in opinion

This is part one of a two part series interviewing campaigners from both sides of the debate about their approach to the issue prior to the referendum. The second part is here.

Yes. On Saturday the 26th May, that simple word changed the complexion of Irish society. The public had to choose between retaining or repealing the 8th amendment of the Irish constitution, which would in effect allow the government to legislate for abortion. After a highly divisive campaign, the Yes vote passed by a resounding margin: 66.4 percent to 33.6 percent.

Coupled with the Divorce Referendum in the mid 90s and the Marriage Equality campaign in 2015, the result sees Ireland cast off the shackles of their conservative Catholic past for a more progressive and accepting future.

In the aftermath of the 8th Amendment Referendum, it’s worth reflecting on how each side approached the issue. Posters and banners were dotted across the country, in the final hopes to convince the hesitant and undecided populace. But how each side framed their cause shifted drastically in the lead up to the vital final weeks.

Repeal dropped the stark, black and white jumpers for Together for Yes – a big branded message, aimed at people who want change but have questions. While the Pro-life movement repositioned from the very loving and protective message, cultivated by LoveBoth, to a more pointed tone as the referendum reached its climax.

“One of the risks of campaigns - both the change side and the status quo side - is they reach out to the people who are already on your side, but actually you must win over the people in the middle, so you have to focus on those,” says Brian Sheehan General Secretary of the Social Democrats Party, and co-director of the Yes Equality campaign in the marriage referendum

While all referendums are deeply nuanced, they do share various similarities. “I think that one of the real parallels is a groundswell of support out there,” says Mr Sheehan. As we saw with the Marriage Referendum, the LGBTI+ community, who rallied across the country, had been engaging in progressive change long before the vote.

And Mr Sheehan has noticed that familiar movement emerging from the 8th Amendment campaigns but believes the media can often feign ignorance and disregard these ‘groundswell’ which underpins a major issue of framing, and how vital it is for activists to educate their voters. Otherwise this continual fear of the balloting box will evolve, deterring future generations from voicing their beliefs.

“The real issue is trying to get across to people that this is an important issue for Ireland, for women, but actually for their parents, their partners and the future of Ireland, as this is a once in a generation chance,” says Mr Sheehan.

Though the parallels between the Marriage Referendum and the 8th Amendment are evident, they, of course, represent two very different ideologies: marriage – a joyful, happy occasion that people celebrate – while the concept of abortion is not something people regard as being particularly positive.

As they’re issues of crisis and difficulty; campaigners had to adopt a different approach. And both parties shifted and altered their strategies with this is mind – framing their objective to catch the ‘million-in-the-middle,’ as Mr Sheehan refers to possible non-voters.

From a communications perspective, the Repeal’s and Pro-life’s re-evaluation was a natural and expected progression. Most, if not all, social movements steadily develop over time, and often produce an unexpected stance, which can either hinder or elevate a campaign.

“Social movements for change need to do a couple of things: firstly, they need to build their own base, appeal and draw people in who are on your side and will devote their time, effort, and indeed their money for the cause … a lot of the early movements are doing that; rolling it slowly. Which in the issue of a referendum, you’re going to absolutely rely on that to deliver the change,” remarks Mr Sheehan.

Framing, or spin are quickly disregarded as a variant of marketing. But in retrospect, it is a valuable, emotional tool in swaying the public vote into supporting your ideology and injecting doubt amongst the opposition’s supporters. Though Mr Sheehan admits the research carried out during the Marriage Referendum is somewhat generic, it provides a telling narrative about Ireland’s voting tendencies.

“Our research showed that people under 40 were strongly supportive. However, they weren’t great voters, so we had to concentrate in getting them out. Women 40-65 were generally favorable, but very much led by their young children. Men 40-65 were favorable to marriage, but when you confront them with some of the No messages, moved to a No, rather than a Yes vote. So, we knew they were our primary target audience,” says Mr Sheehan.

Once this information was revealed, Mr Sheehan and his team at Yes Equality devised a plan to snag the possible No voters with their Yes Equality slogan. Framing their message around constitutional equality was the ultimate key to their success.

“Lesbian and gay people were not allowed to get married in the constitution, which was not constitutional equality. We framed it around children, whether your son or daughter are equal in the constitution or not. The vehicle to do that was vote yes for marriage; many parents in the 40-64 age groups, men and women, came on board, and said ‘ok I get it,’” says Mr Sheehan.

And now, Mr Sheehan says Together for Yes adopted that same strategy. They honed in on the issue of choice and again, constitutional equality: women who are pregnant were not receiving the support they need because of the 8th amendment.

“It is about framing it around those issues: real people, real lives, very difficult decisions that people have to make. And that moves it away from an abstract idea of ‘Repeal the 8tH,” adds Mr Sheehan.

Repeal softened their stance on ‘My body, my choice’ – which initially alienated a large community of voters, specifically men – while the Pro-life campaigns redirected their approach to framing it as an absolute.

“When you think of rape, or foetal abnormality, or the absolute risk to a woman’s life, people are saying this isn’t the absolute version that we had in 1993, this is a different world,” Mr Sheehan concludes

Share this article -
Published May 30th, 2018
Tags referendum voting opinion
Can this be improved? Contact editor@spunout.ie if you have any suggestions for this article.

Let’s talk about the upcoming Eighth Amendment referendum
Referendum on the 8th Amendment: What are we voting on?
8th Amendment is a harm to health, Amnesty International says