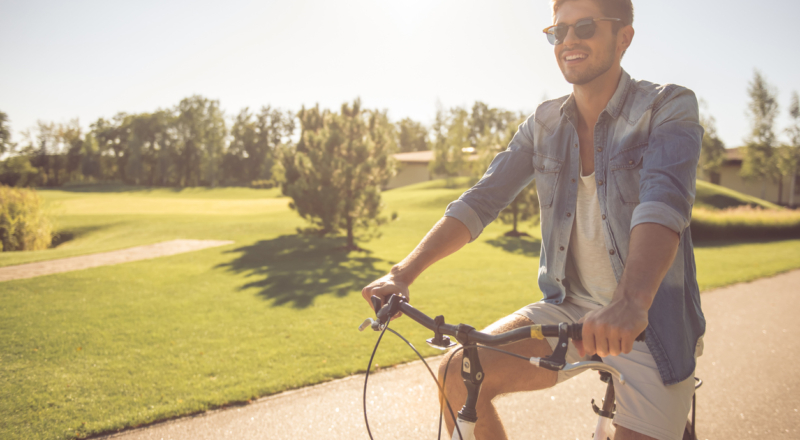 Why men should be encouraged to express their emotions

Have you ever heard the sayings "Boys don't cry" and "man up" and thought about how they impact people?

Written by Colm Caldwell and posted in opinion

Listen to this article, read by the author, for the In My Own Words Podcast by SpunOut.ie:

Over the past 100 years, there has been a focus on achieving equal rights for all. We have been steadily working to improve this world, one day at a time. One law at a time. We undoubtedly have improved this world significantly over the last 100 years and we have countless brave people to thank for helping to rid the world of many stigmas.

Learning as a child

For this piece, I want to talk about a social stigma on men. Yes, that’s right, men. The group in society who seem to have whatever they could possibly want, yes? No. Close to it maybe, but no. I feel men are completely and utterly stifled in what I believe to be one of the most important, decisive and controlling aspects of any person’s life.

Men are stifled in terms of their emotions. Emotions, those funny little things that at the end of the day, tend to dictate every single little thing that any one of us does in our lives. It is drilled into us from a young age that “boys don’t cry”. It doesn’t stop there however. It branches off into boys not being able to express almost any emotions at all. Unless that emotion is aggression in some form or another. This is reinforced throughout the rest of our lives by our social circles of other men.

It is interesting that the first method for dealing with mental health problems is always seen as talking. Vocalising and validating your emotions and letting them flow out of yourself is hugely important for overcoming certain issues. I think that what we teach boys from a very young age denies them this option. It starves them of what they need most. Which is to talk, to feel heard, to feel like someone will listen, to simply bloody feel without fear of reprisal. We deny men compassion through the social stigma of ‘boys don’t cry’, we deny them a fair shot at dealing with their emotions. This may be one of the reasons the rate of suicide amongst men is so high.

I believe this particular cultural stigma stems from times when ‘men had to be men’. The phrase “stiff upper lip” has been associated with Britain for a long time. It comes from World War II. It comes from a time of a huge amount of loss of life, a time of truly unrelenting hardship. I understand why that phrase existed then and why boys were taught to bottle up feelings and be emotionally strong, then. I understand why when loved ones were dying in unprecedented numbers, due to unspeakable evil, boys were taught to keep their emotions reserved, in order to have them ready to fight the fight that needed to be fought. But that was then. This is now.

We need to create a new phrase. I personally like the idea of ‘men deserve compassion’. They need it more than anything else. They deserve it too. To make the suicide rate for men drop, it is important to teach them that they are just as entitled to feel and express their emotions as anyone else.

As already mentioned, the male suicide rate is astronomically high. The biggest killer of Irish & British men under 35 is suicide, barring accidental death. Men also account for over 70% of missing person cases, almost 90% of the homeless population who sleep rough, over 95% of the prison population. Within the 95% of men imprisoned, over 90% have one or more serious mental health conditions. So, do men really have an easy time?

This article is not an attempt to create a bidding war for who has it worse. Everyone suffers their fair share of hardship and nobodies pain is more justified than anyone else's. It is an attempt of mine, instead, to stand up for men.  For men who have been told their whole lives to ‘man up’ and bottle up all they feel or face the social stigma against them.  So, this piece is against the unjust treatment of men in terms of their emotions because sometimes I feel men’s emotional health is ignored. I truly believe that the suppression of men’s emotions is what leads to all the outrageously one-sided statistics that I have mentioned previously. Something needs to give.

This is an attitude deep rooted into the fabric of our society. It is one held by many people in society. It is one that has been so deeply internalised by men that they slag each other for being too in touch with their emotions, even though we all feel the same emotions.

It is time for the world to come to terms with the fact that maybe life isn’t all sunshine and rainbows for men. That maybe men can’t escape the dull clouds of anxiety either. Maybe we feel the depressing rain on our skin just as much. We can feel just as small and down on the inside as anyone else can. However, we don’t vocalise it and through our stiff upper lips these feelings all too often lead to a premature and tragic death. Men deserve to be rid of this social stigma. Men deserve compassion.

Share this article -
Published Decem­ber 3rd, 2018
Last updated Jan­u­ary 25th, 2019
Tags opinion emotions wellbeing mental health
Can this be improved? Contact editor@spunout.ie if you have any suggestions for this article.