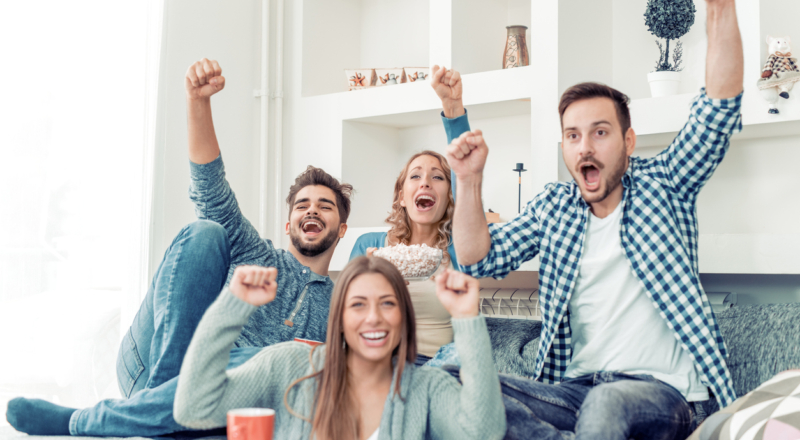 Whether your team is winning or losing, sports can be difficult to watch

Written by Diarmaid Mc Caffrey and posted in opinion

Sports are a fickle thing, totally meaningless when you don’t have any remote interest in it, and soul-crushing when you get invested in it. It doesn’t matter what it is, basketball, soccer, GAA, cricket. Being a sports fan is an awful stressful experience. Especially during moments like the 2018 men’s GAA final recently. Depending on how it goes sport can change time in all the ways you don’t want it to if your team is losing by just a few points. Ten minutes will go in ten seconds. If your team is winning by a narrow margin, you’ll feel like you can grow up, get married, have kids, grow old and die, and this match will still be going on.

This is the curse of being a sports fan.  No amount of pats on the back or reminders that it’s just a game could even make the fact that supporting a losing county in an all Ireland, is a gut punch. IT fades over time but never truly goes away. If you need proof of that, just mention Theirry Henry to anyone above the age of ten years old, and you’ll still be met with harsh glares and curses under the breath or to take it back to GAA, twelves years ago Dublin losing by a single point in the All Ireland semi-final to Mayo. It was heartbreaking to any child growing up in Dublin at that time, but not as sad as two years later,  where on a raining day over Croke Park Kerry shattered Dublin 1-24 to 1-7. The Mayo match was heartbreaking and the Kerry match was upsetting but equally memorable.

Dara O’Briain once described watching an Arsenal v Spurs match. He wondered out loud why we put ourselves through such stressful experiences, and for me, the answer is obvious. For moments like four All Ireland’s in a row, dancing in the streets and fireworks, to scenes like Kevin McManamon singing “The Auld Triangle” to a crowd of thousands in the streets of Dublin in a gathering that somewhere in the great beyond Ronnie Drew can’t help but nod his approval at.

Because sometimes the stress is worth it.

So while the vast majority of us in Dublin were celebrating, spare a thought for our friends up north who may or may not be able to look at the highlights of the match ever again. Anytime they see a replay of  easy points they conceded or a goal that put it all away that'll cause everyone from the county of Tyrone cringe and be doomed to replay “what-if” scenarios they’ll talk about for years, always blaming the same players, the different systems, the substitutions, the time of day, the length of the grass, the kit may be blamed...

Share this article -
Published Sep­tem­ber 20th, 2018
Tags opinion sports
Can this be improved? Contact editor@spunout.ie if you have any suggestions for this article.