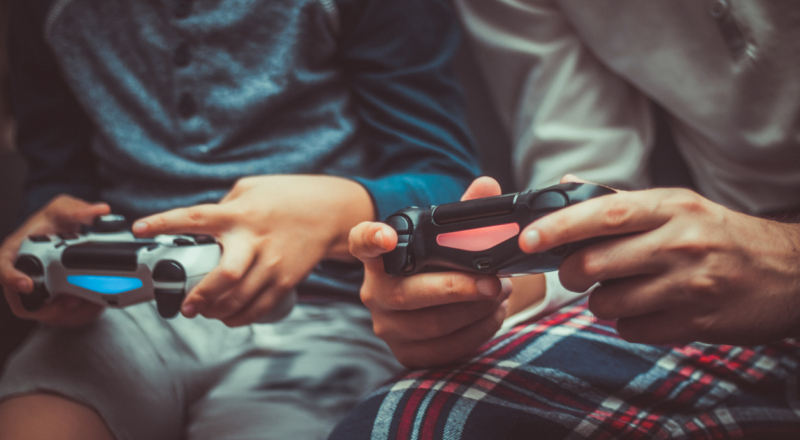 With games like Fortnite becoming so popular, this YSI group wanted to raise awareness about a growing issue

Written by Garbally College and posted in voices

Our Young Social Innovators group has seen an increase of young people with gaming problems and set the goal of spreading awareness of video game addiction. Not only do we aim to prevent gaming addiction among young people in Ireland, we also hope to encourage people, especially children, to spend more time outside participating in outdoor activities such as spending time with friends, sports and other forms of exercise.

Our project started when we noticed that video game addiction was an increasingly large issue in modern society and we believed it was our duty to help solve the issue in whatever way possible. We thought that too many people, especially children, were experiencing this issue and that there needed to be awareness about this issue. In our research we noticed that very few people have taken action against addiction to video games. We thought we should speak up to spread awareness of the ever-growing issue that is present in today's society.

What we did as part of our YSI project

The Gardaí presented us with facts that motivated us to design a booklet for our YSI project. During our project we collaborated with a number of people, such as the resident newsagents who helped us distribute our booklet. We were also helped by a local primary school which gave us an insight into children who may have experienced video game addiction. Our classes in our own school also filled out a survey which was quite helpful as it provided further information for our project.

We specifically focused on the video game Fortnite. In the survey we conducted in our school, we asked students from several different year groups about their gaming interests and the amount of time they dedicate to gaming. We also had a guest speaker in to warn us about the dangers of gaming addiction in today's youth. We made and designed posters to place throughout the school to raise awareness about the problem of computer games and Fortnite addiction which seems to be a growing problem as technology is becoming more available. 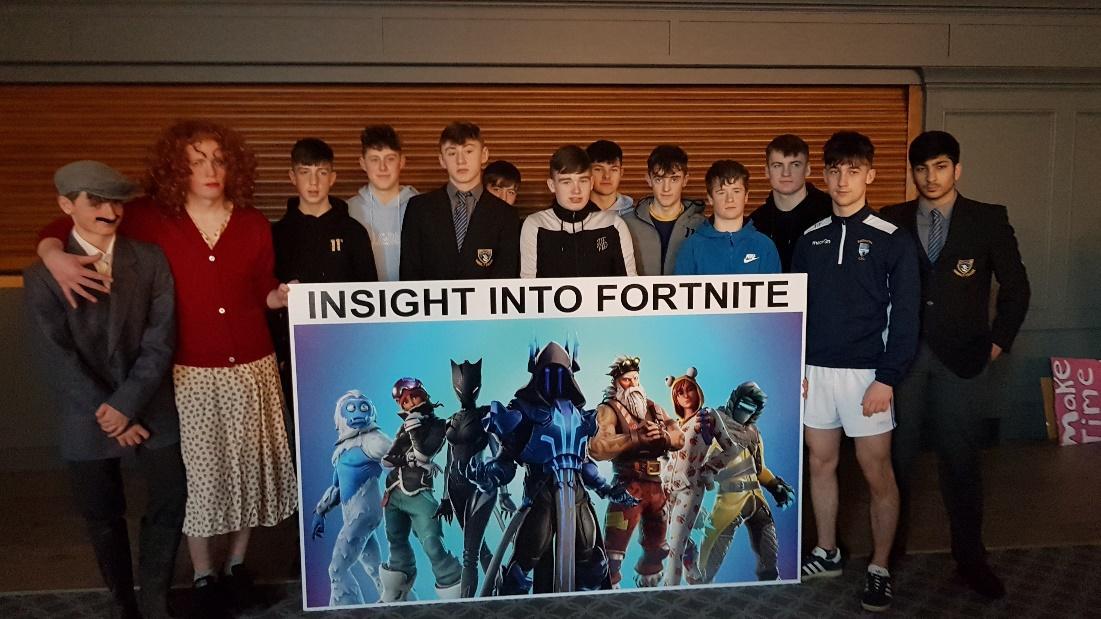 On the 22nd March, we took part in the YSI Speak Out in the Shearwater hotel in Ballinasloe, County Galway. We prepared 5 shocking facts which we presented on stage, and performed a scenario in which two young boys are playing Fortnite until they are interrupted by their parents. The play seemed to be a hit as the majority of the room laughed along but also took into consideration what Fortnite can do to you and your family. We hope we can progress through to the next stage of the Speak Out and go to Dublin, but we won’t know until the end of April if we have progressed.

As a group of Young Social Innovators, we hope to highlight this issue to the wider public. We would like our ideas to be known throughout the country instead of just the surrounding community. This is our ultimate goal as we feel it would have a big impact in raising awareness for video game addiction. In our opinion we feel it would also be advantageous to communicate our ideas on a national scale. We look forward to continuing our work on this issue throughout the course of this year.

Share this article -
Published April 4th, 2019
Last updated Jan­u­ary 24th, 2021
Tags opinion video game addiction young social innovators
Can this be improved? Contact editor@spunout.ie if you have any suggestions for this article.

Our YSI Speak Out project to combat homelessness