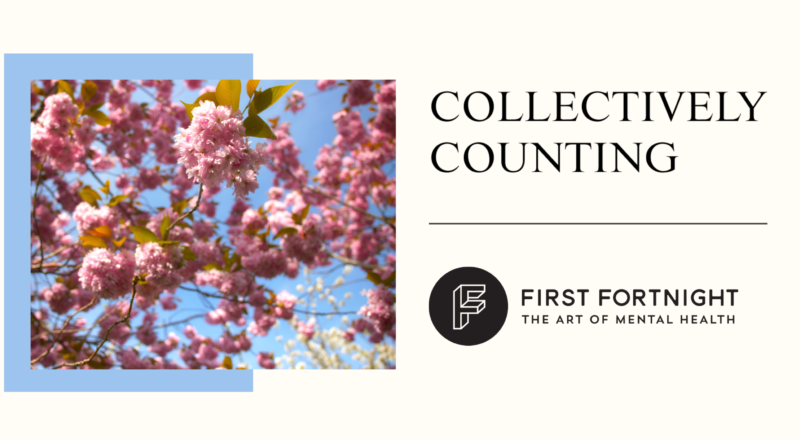 Poet Stephen James Smith and director Craig Kenny have teamed up with First Fortnight and written and filmed a poem to mark the particular disruption in the nations mental health that COVID-19 has created. Collectively Counting is a call for us all to pause for a moment and count together the many questions and wanderings that this time has brought to us. The video was created with the support of the HSE National Office of Suicide Prevention (NOSP), as part of Connecting for Life, Ireland's Strategy to Reduce Suicide.

Speaking about the creation of the poem poet Stephen James Smith said ‘As Seamus Heaney said; “I can't think of a case where poems changed the world, but what they do is they change people's understanding of what's going on in the world". Right now, there's so much uncertainty and it's the poet’s responsibility to ask questions, even if they remain unanswered, it can help us to try and find meaning in the eye of a storm. This is my attempt at finding some meaning.’

First Fortnight wanted to get this work out now despite it being many months until their usual festival time in January. Commenting on the collaboration First Fortnight said “How we are organised as a society affects our mental health in positive and negative ways. Right now, we are disrupted and the consequence of that disruption is we are separated from each other. We wanted to create a moment for us all to come together to pause and reflect; Stephen’s poem gives us an opportunity to take that moment.”

First Fortnight believe that an awareness campaign beginning in the First Fortnight of the year works well because we are all a little raw this time of year and more likely to be open to a caring response to mental health issues. First Fortnight has become a regular event in the cultural calendar for mental health awareness, challenging prejudice and ending stigma through cultural action. First Fortnight also run a Centre for Creative Therapies, which provides a free creative psychotherapy service to vulnerable children, young adults and adults experiencing or at risk of homelessness.

Find out more about First Fortnight.

Share this article -
Published May 13th, 2020
Can this be improved? Contact editor@spunout.ie if you have any suggestions for this article.
Jump to related articles
Was this article helpful?

Young people and COVID-19: Mental health stories
Join the SpunOut.ie #4mentalhealth campaign
Why it's important to support each other while social distancing