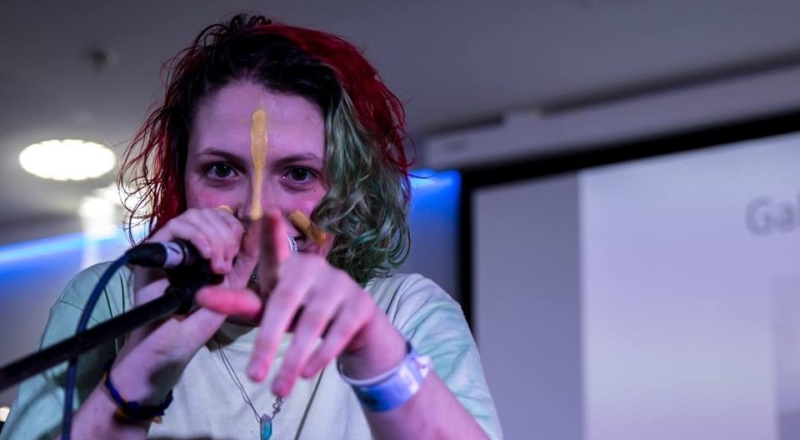 Written by Ailbhe DeCastro and posted in news

The Irish Youth Music Awards is one of the largest annual music events open to all ages. The IYMAs will take place in Croke Park in Dublin this year, on Saturday May 11th, 2019. During the event, there will be performances from young musicians across Ireland as well as from award winning music acts, workshops and demonstrations, and the announcement of the IYMAs recipient region award and prize.

What does the day involve?

The Education Hub will host a number of workshops and masterclasses during the day which will be available on a first come, first served basis. These workshops will include input from bands such as the Riptide Movement and the Academic, who will also perform some tracks on the day.

The inspiration, process and promotion of music video making is another workshop that will take place, run by award winning director Lochlainn McKenna and music producer Daithi.

There will also be a scratch and DJ workshop, run by RTE 2FM’s Mo K and Mathman. BIMM Institute Dublin will be running masterclasses in songwriting and performance with members of Villagers, James Vincent McMorrow and Heathers.

Young musicians from across Ireland, aged 12 to 19, will also be performing throughout the day at the events, and will have the opportunity to attend hands on demonstrations to learn new skills within the music industry. These demonstrations will be run by BIMM Institute Dublin, Girls Rock Dublin, IMRO and RTE 2FM, with RTE 2FM live broadcasting the events

Winners of the 2018 IYMA recipient region award were the Youth Work Ireland Galway band, 60 Watt Girl. This award was given to them and their team based off their teamwork which was done in advance of last year’s National Day in Croke Park and their performance at it. Their team work was done collectively by their IYMAs hub in Youth Work Ireland Galway and involved making a music video, doing a band photo shoot and learning lots of new skills around the creative and music industries.

The prize the band won was to record two tracks for an album in a professional studio, as well as having a recording session in RTE 2FM’s legendary Studio 8. Youth Work Ireland Galway also received a full backline from Musicmaker Dublin.

When asked about their experience, 60 Watt Girl said:

“We met so many people through the programme and they’ve become really close, so even if you don’t come out of the programme having won, you’ll at least have new friends.

We also got the opportunity through the IYMAs to record a live session in RTE 2FM’s studio 8 which was broadcast on 2FM. We recorded two tracks for the IYMAs album which also featured acts from our IYMAs hub in Galway.”

Where and when is the IYMA happening?

The IYMAs will take place in Croke Park in Dublin this year, on Saturday May 11th, 2019.

Where can I find tickets?

Tickets for the Irish Youth Music Awards National Day can be booked through Eventbrite. Tickets will cost €20 per person, excluding booking fee.

The IYMAs are offering a deal for youth groups, projects or schools who may want to attend. For groups of seven to attend on the day, the cost of tickets will be €120, which includes booking fee and lunch.

Share this article -
Published May 1st, 2019
Tags news events music iymas 60wattgirl dublin youth youthworkgalway
Can this be improved? Contact editor@spunout.ie if you have any suggestions for this article.
Jump to related articles
Was this article helpful?

Learn about the music industry at the IYMA National Day in Croke Park
How music, radio and podcasts help with my mental health