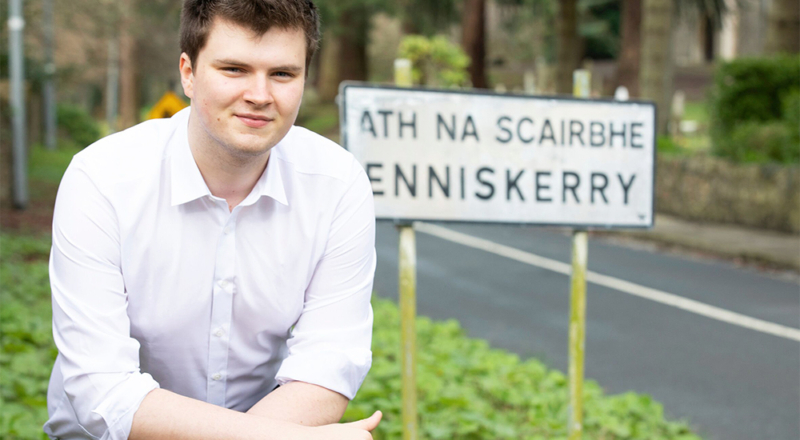 The local elections take place on Friday the 24th May, 2019

Party (if any): Independent

I was dismayed at the Council’s response to a real issue in our community, the removal of graffiti on Enniskerry Town Clock. Action was promised but, yet the graffiti remains as an eyesore to one of the prettiest villages in Ireland. It wouldn’t be allowed for five minutes longer than necessary in any other beauty spot.

I believe independents can hold the sway of power in local government as they do nationally and force the party system to do things. The Enniskerry Town Clock shows the complacency of the current system and I intend to bring energy and hard work to the Council. I think it’s vitally important too that young people engage with politics to shake up the system and be more active.

I want to be active on climate change which is vital to Wicklow’s future as a tourism place, for homes and for economic activity. Governments have ignored the science of climate change and adopted an ‘it will be grand’ approach. This will mean taxpayers will be liable for millions of Euros in fines for the Government’s failure to live up to our commitments. I believe that these funds would be better spent ending the housing and homeless crisis.