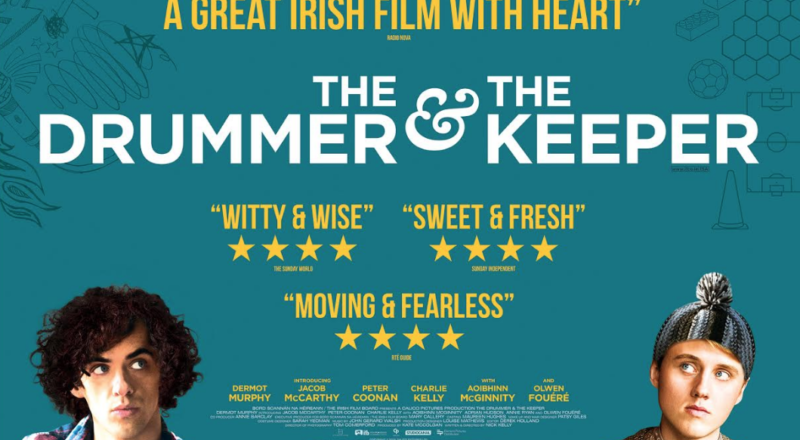 A new Irish film, The Drummer & The Keeper, tells the story of two young Irish men who form an unlikely friendship. Gabriel, a reckless and angry young drummer, is told to join a mixed-ability football team as a way of dealing with his bipolar disorder. It’s here he meets Christopher, a 17 year old aspiring goalkeeper with Asperger’s Syndrome.

Gabriel’s bipolar disorder makes him a great musician, but his psychotic and delusional episodes have his family at breaking point. The film provides a striking and honest portrayal of someone living with bipolar, touching on important themes of mental illness, medication, and substance abuse.

This film also provides an insight into life with Asperger’s Syndrome. Christopher lives in a care residence but longs to move back home, and the film illustrates the challenges he faces in his day-to-day life.

The Drummer & The Keeper starts an important conversation around mental illness and developmental disorders, but at the heart of it, this is a touching story about friendship and the strength of human bonds.

The Drummer & The Keeper is in cinemas now.

Share this article -
Published Sep­tem­ber 19th, 2017
Last updated Sep­tem­ber 24th, 2017
Tags mental health film the drummer and the keeper irish film
Can this be improved? Contact editor@spunout.ie if you have any suggestions for this article.
Jump to related articles
Was this article helpful?