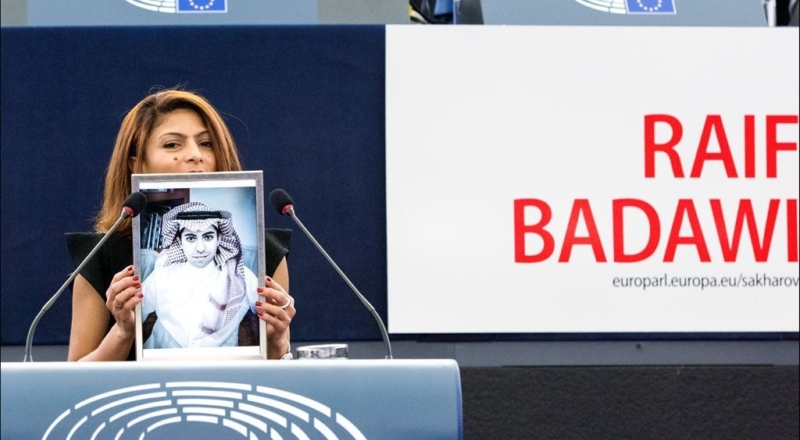 The European Parliament and Human Rights

Written by Gareth Walsh and posted in news

The European Parliament has a long record of engaging with and promoting human rights issues. For example, just last month, the Parliament voted for a motion calling for the immediate release of Irish teenager Ibrahim Halawa, who is currently being held without trial in Eygpt.

Motions such as these by Parliament shine an international light on human rights issues. The combined force of public representatives of 28 European countries coming together to make a statement on a human rights issue, while often symbolic, can still be a powerful force of influence, increasing media attention and international pressure on states where violations and abuses are occurring.

The European Parliament's premier human rights event is the awarding of the Sakharov Prize for Freedom of Thought each December. Past winners of the Sakharov Prize have included world famous human rights defenders, such as Nelson Mandela in 1988 who won the first Sakharov Prize, and Malala Yousafzai in 2013. The award has also been given to lower profile human rights activists, providing them with recognition and an international platform, such as Congolese doctor Denis Mukwege in 2014, who has dedicated his life to helping thousands of victims of sexual violence in the DRC, and Salima Ghezali in 1997, and Algerian journalist and women's rights activist, who advocated for pacificism during the Algerian civil war, and came under fire from both the Algerian government and Islamists.

The Sakharov Prize (named after Russian nuclear-physicist Andrei Sakharov, who became a human rights activist and dissident in the USSR) provides much needed recognition for and solidarity with human rights defenders working in some of the world's most dangerous places, seeking to empower and strengthen their causes. The award seeks to promote the values of democracy, freedom of speech, freedom of thought, and the rule of law.

The 2015 winner of the Sakharov Prize, awarded in December, is Raif Badawi, the young Saudi Arabian blogger who is serving a 10 year jail sentence and has been sentenced to 1000 lashes and fined over €200,000 for alleged blasphemy of Islam. Badawi had set up and run liberal online forums which discussed religion and politics in the highly conservative Saudi Arabian state, and despite constant threats he persisted in writing on his forums about issues promoting respect for freedom of expression, women's rights and minority rights in Saudi Arabia. His wife Ensaf Haidar recently attended the European Parliament in December to collect the Sakharov Prize on his behalf.

What makes the Sakharov Prize particularly interesting is that it is of course political, in that MEPs, i.e. politicians, nominate the candidates, and a committee of MEPs make the final choice. Human rights are part of politics and international relations, and how they are used, promoted, and when they are ignored is highly revealing in terms of the current international political climate, geo-politics etc. Human rights prizes can do more than just highlight human rights violations.

The 2015 award of the Sakharov Prize to a Saudi Arabian dissident by the European Parliament therefore offers us insights into current political situation regarding the European Parliament, human rights and the Arab world. Saudi Arabia is an uncomfortable ally of the West in an unstable Middle East. Furthermore, awarding a Prize to an individual who is accused of insulting Islam is also quite a strong statement by Parliament in light of the turmoil that the Charlie Hebdo and Paris attacks caused in Europe last year. Finally, awarding the Prize to a Muslim also potentially sends a message about inclusion and tolerance, in a year when the migrant and refugee crisis have brought cultural tensions to a head.

As with all major decisions by political institutions such as the European Parliament, there can be many interpretations over the awarding of its annual Human Rights prize, positive and negative, depending on perspective and political outlook.

Share this article -
Published Jan­u­ary 11th, 2016
Tags european parliament
Can this be improved? Contact editor@spunout.ie if you have any suggestions for this article.
{embed="universal/eu_contacts"}
Jump to related articles
Was this article helpful?