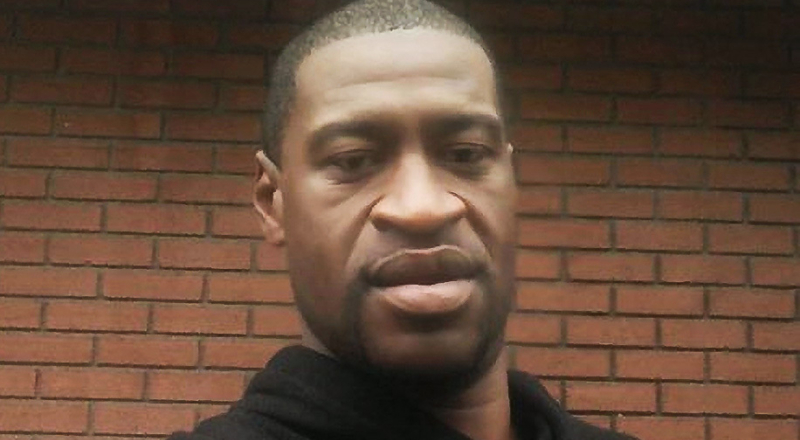 What happened to George Floyd?

Over the past week, thousands of protesters across the US and in other cities around the world came out to express their anger at the murder of George Floyd, a 46 year old unarmed black American man who was killed by a white police officer in Minneapolis, Minnesota.

The killing sparked anger at a long history of racism and police brutality in the US, and has led to protests and rioting, both in America and around the world. In response to the protests and riots, US President Donald Trump has threatened to bring in the military if some States do not get the demonstrations under control.

Who was George Floyd?

George Floyd was a 46 year old man living in Minneapolis, Minnesota. He worked as a security guard at a restaurant, but recently lost his job due to the COVID-19 pandemic. He was a father of two daughters, aged six and 22 years old.

Why was George Floyd arrested?

On Monday 25th May 2020, George Floyd was arrested because an employee at a convenience store in Minneapolis suspected him of using fake money to buy cigarettes. After confronting Floyd who refused to give the cigarettes back, the employee phoned the police.

Two police officers arrived a few minutes later and approached Floyd, who was sitting in his car. Floyd was pulled from his car and told he was being arrested for using counterfeit money.

How was George Floyd killed?

Trigger Warning: This section contains content that some readers may find upsetting. Please take care. If you need to talk to someone, text SPUNOUT to 086 1800 280 to chat anonymously with a trained volunteer. Standard text rates may apply.

George Floyd died after a police officer, Derek Chauvin, held his knee on Floyd’s neck while he was lying on the ground for nearly nine minutes.

While being arrested, Floyd was pulled from the back of the police car by Chauvin, and fell to the ground. This is when Chauvin began to press his knee into Floyd’s neck. Two other police officers, Thomas Lane and J. Alexander Kueng, held his body down, while a fourth police officer, Tou Thao, stood next to them.

Chauvin held his knee in place for a total of eight minutes and 46 seconds, despite Floyd telling the police officer he couldn’t breathe 16 times. He continued to press down into his neck even after an ambulance was called and bystanders tried to intervene to get him to stop.

Floyd was taken away by ambulance and was pronounced dead at a nearby hospital a short while later.

What happened to Derek Chauvin and the other officers involved?

The day after George Floyd was killed, the four officers involved in the arrest - Derek Chauvin, Thomas Lane, J. Alexander Kueng, and Tou Thao - were placed on leave, and later fired.

Derek Chauvin was arrested on 29th May, four days after Floyd was killed. He was charged with third-degree murder and second-degree manslaughter.

The other officers have not been arrested, but it is expected that they will face charges.

George Floyd’s killing has led to a massive wave of protests across the US and the world, in over 100 cities. Tens of thousands of people have turned out to the streets to call for an end to police violence and to express their anger and pain at the racism experienced by black people and other people of colour in the US. The protests have been led by the Black Lives Matter movement, an international human rights movement campaigning against racism and violence towards black people.

While the protests started as peaceful in most cities, this has turned to rioting, looting and violence in some places. Fires have broken out in different cities, including Minneapolis and Washington DC. A curfew has been imposed in many places, ordering everyone to be indoors from a certain time.

Images of police violence against protesters have appeared, with police using rubber bullets, smoke bombs, and tear gas. Tear gas is a chemical weapon that causes severe pain in the eyes and on the skin, and can lead to bleeding and even blindness. It has been banned in war by a number of international treaties.

The protesting has spread across the world, including in Dublin where over 5,000 people turned out to march in solidarity with the Black Lives Matter movement. Many protesters also carried signs saying “End Direct Provision”, referring to the Direct Provision system used in Ireland to house asylum seekers.

Share this article -
Published June 2nd, 2020
Can this be improved? Contact editor@spunout.ie if you have any suggestions for this article.
Jump to related articles
Was this article helpful?

How to react to racism online
How can I help end Direct Provision?