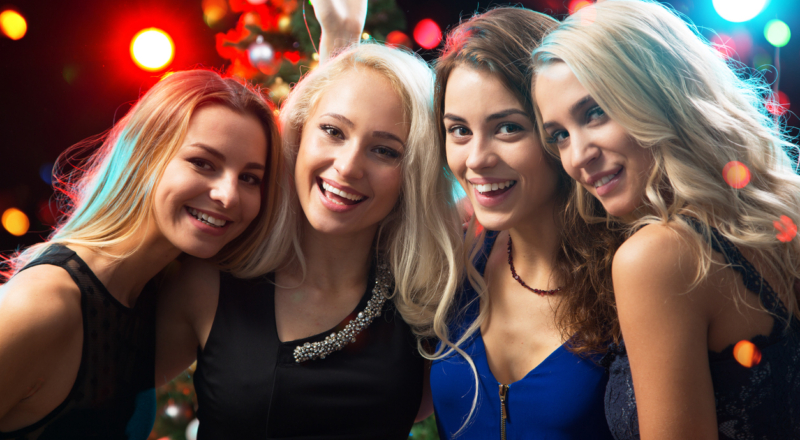 Recognising flaws in your relationship with alcohol

Written by Fianna Ní Mhurchú and posted in opinion

When I told people at my graduation last month that I wouldn't be drinking, I was met with interesting reactions. Some probed as to why, others said "okay" and changed the subject nonchalantly, and others responded with that same "ah you have to!" that most sober people have heard a painful amount of times.

The weeks leading up to it were testing times, as I internally battled with myself on whether or not to drink. Flashbacks from the graduations of older friends darted around and around in my head, making me dizzy. The superficial conversations with acquaintances, the inappropriate hugs with strangers, the shameless peacocking from men and women alike. I already knew I didn’t want it.

I didn't want to walk home at 3am in the morning. I didn't want to wake up dehydrated and nauseous. I didn't want to celebrate my graduation with people I barely connected with over the last six years. The idea of being surrounded by my peers - inebriated and without any filter - was daunting to say the least, especially  without a social crutch of my own.

I recently attended a casual work party with my partner in a local pub, and he introduced me to a couple of his colleagues. I decided to buy myself a fizzy drink, so as to divert attention from the fact I would not be drinking throughout the night. My plan worked flawlessly until one colleague asked about my drink. Upon the admission that it was simply a fizzy drink, and not alcoholic, I was met with suspicion. "You're not drinking? But you are acting so happy and upbeat?"

As cheesy as it sounds, I was drunk on excitement, pride, and motivation. I was ecstatic at the idea of thrusting myself into this environment and defying the norm. I was giddy at the idea of people respecting my decision as I proudly turned down offers of drinks.

Unfortunately, that colleague didn't stop there. He spent the rest of the night ‘feeling bad’ for me and my ability to be happy without the need for alcohol, insisting on buying me drinks. Though I politely declined and said I would love another fizzy drink if he felt so obligated, he eventually ended up not respecting my wishes and buying me a cider, checking occasionally that I was drinking it too. I was appalled. Sobriety can be such a personal thing, and choosing not to drink shouldn't be naturally met by strangers aggressively quizzing you on whether "you are ACTUALLY sober" or "just not drinking today", and it certainly should never be responded to with forcing a drink on somebody because you don't respect their reasons for not drinking enough, or feel like their happiness isn't as valid or valuable sober.

I recognise that this sort of behaviour may not be the norm, but Ireland's attitude towards drinking naturally shames the sober person. I may not fit your mould of "person with a drinking problem", but perhaps my version of "drinking problem" differs from yours. For me, I do not drink because when I do, I find it difficult to do so in moderation. I’m not proud of the person I become after a couple too many drinks either - loud, easily upset, anxious, accusatory. I hate the amount of money I spend when I do drink in a pub, and generally a taxi too, as drinking causes me to want to stay out more than I want to save money on a taxi.

My issues with alcohol are pretty typical. They are the effects that go hand-in-hand with binge drinking, something that most teenagers, college students, and young adults experiment with. I have battled now for a few years with this relationship I have with alcohol abuse and binge drinking. It is normalised in our society here in Ireland and it must stop.

Sobriety is not dull. As that colleague said, I was endlessly upbeat and genuinely happy. Of course, in the past I made some good memories drunk, and there is nothing wrong with that, but the joy and pride that comes with being sober will never compare, as somebody who has wished for that for so long.

Recognising that I was happy without the influence of drugs or alcohol made me even happier than I already, naturally was. We have to change our attitude towards drink, especially as young people. We must change how we interact with sober people and destigmatise sobriety, and we must recognise that even though our culture often romanticises alcoholism and binge-drinking, it doesn't mean that alcohol abuse is 'normal'.

Personally, I have not given up alcohol permanently or fully, but what I have done is recognised the times, places, and scenarios that have led me to disastrous drinking - be it mentally, physically, or emotionally harmful, or all of the above. Doing this has meant that I can make an informed decision on whether or not it is advisable (or even appropriate) that I drink in that moment, and honestly, it usually isn't. There is nothing wrong in recognising a flaw in your relationship with alcohol that other people may regard as normal, or normal "at your age". There is nothing wrong with choosing to be sober some days, and drink others. There is nothing wrong with not being okay with what seems to be the very normalised, yet unhealthy, ideal of Irish drinking culture. Being young and sober as a young person is not isolating. It is not 'dry' or boring. Fight back against the stigma, monitor your relationship with alcohol, and as always, sesh safe.

Share this article -
Published June 28th, 2018
Tags drinking alcohol alcohol free opinion
Can this be improved? Contact editor@spunout.ie if you have any suggestions for this article.

My choice not to drink
What counts as binge drinking?
How to approach a friend about their alcohol use