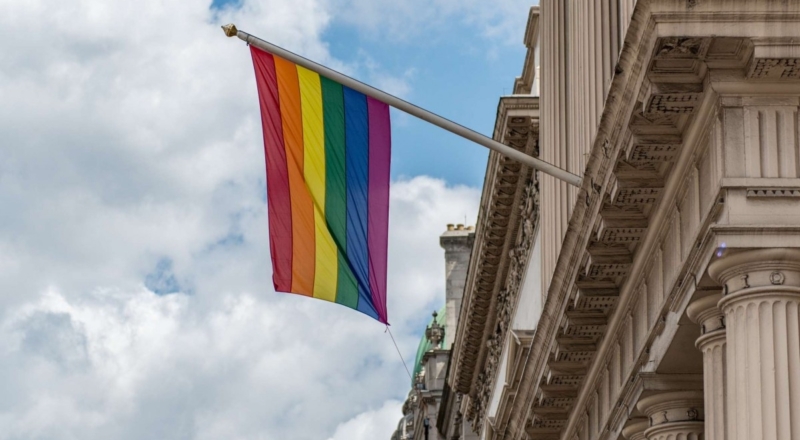 Being gay in Ireland following the marriage referendum

Written by Tadgh Dolan and posted in opinion

I’m sitting in a café on O’Connell Street, the sun lighting up the bridge, and all I can think of is how good it is to be gay.

It’s been a miraculous few years on this little Island of ours. Perhaps the biggest change in my life was the passing of the gay marriage bill. It opened for me the possibility of being equal to my brother and sisters, in a way that my younger self would never dream possible and for that I am eternally grateful.

For a young gay man in his twenties, it is hard for me to imagine a time when I wasn’t accepted. Of course, I had those days in school where I was called ‘faggot’ but I was also called a ‘ginger’ and ‘chubby’. It’s hard for me to fully grasp what it was like to be a gay man in the 90’s, when homosexuality was still illegal and much of my life would have to be played out in underground clubs and bars, where, hidden beneath the ground I could create for myself the type of life that society would not afford me. What this year thought me was the value of equality. Those thousands of gay, lesbian, and bisexual Irish citizens who died before the referendum will never get to feel what it is like to be equal, and for that I am deeply remorseful.

The buzz surrounding Pantigate was the first time in my life that I felt truly oppressed. I witnessed a revered Irish LGBTI+ member be dragged through the dirt and it was painful to watch. I sat down each night and watched Panti’s noble call and what I took away from it each time was that my life was not yet my own. There was a limitation placed on me by the state that said I was to be tolerated but never accepted; that simply was not good enough for me.

As the no posters plastered the street prior to the referendum, I began to feel boxed in. The signs reading ‘a mother’s love is irreplaceable’ made me feel objectified, stagnated, and upset. I knew that two fathers could give equal amounts of love as a mother and father, and I was annoyed that anyone could think otherwise. My life was being debated on RTE, TV3 and nearly every radio station in the country.

I remember one very poignant day whist driving to work on the coast road in Clontarf. Before my eyes was a plethora of no signs. As my car progressed along the road, each sign hit me like a knife in the chest. It was as if they were telling me that I would never get the opportunity to be equal, that they would campaign until the bitter end so that my future remained limited.

I thought about my Brother marrying his beautiful girlfriend in Australia, on a beach in Melbourne. I thought about my sister, renting a nice affordable church in Ireland and hoping with all her might that it would not rain. I thought about my parents celebrating their 40th wedding anniversary with a cruise to the Canaries, and how they would marvel at the day that they had cemented their love for one another. Then, I thought about myself, standing with my boyfriend in each one of these scenarios and thinking ‘I wish that could be us’. It was enough to make me break into tears.

A week later it was time to vote. I was so anxious that I had barely slept the night before. I headed to the polling station in Malahide with my beautiful mother, which in itself was an incredible feat. Our relationship had been somewhat turbulent, but the support she showed me on this day was simply invaluable. She had made an event out of it. She planned the time we would leave the house, our method of transportation, and what café we’d head to afterwards. It bonded us closer together, as she also could not live in a world where her son’s life was limited.

The result of the referendum was incredible. Looking back I am so grateful to this country for saying yes. The vote was indicative of a new more aware Ireland. Gay people had always been here, now they were supported for the first time in a very communal and natural way. The country embraced us and for that I am so thankful.

I think that for the first time I feel truly blessed to be a gay man. It really is a gift from God and sitting here at a small café on O’Connell Street I’m so proud of my country. I am optimistic and excited for a new generation of gay youths who will feel confident enough to share their gift with the world.

Share this article -
Published August 24th, 2016
Tags pride marriage equality lgbt lgbt equality
Can this be improved? Contact editor@spunout.ie if you have any suggestions for this article.

Being LGBTI+ in a rural area
Coming out: when is the right time?