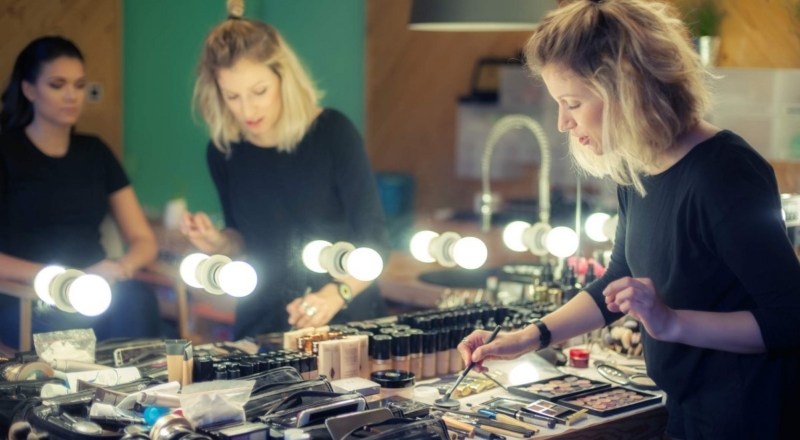 Written by Sarah Chadwick and posted in opinion

For Many people, especially early teens, appearance is becoming increasingly important, and is becoming closely more linked with self-esteem. I think that the access to social media and the internet at such a young age although has its benefits is very damaging to a person’s self-esteem.

As a young person living in Ireland I think there is quite a lot of pressure to do ‘what everyone else is doing’ and to stick to the ‘norm’ , is social media to blame for this?

I think that social media has definitely made the fear of being judged much greater than before, now the amount of likes and comments someone gets on social media are becoming increasingly important especially to young people. Being accepted by peers is way more important to young people over self-acceptance.

People are being judged on their personality by the amount of likes on their most recent profile picture. I think that blaming the likes of Kylie Jenner and other social figures for the amount of low self-esteem is way easier than actually seeing that it’s just ordinary people doing the same amount of damage.

Celebrities have set unrealistic goals for people and have made it harder to self-accept yourself and have given people unrealistic expectations in relation to looks.

But I don’t think it’s fair to blame social media for all the self-esteem issues in young people today. Caring about your appearance isn’t the problem, it’s when people let it take over their lives and start to think that everything’s about looks over personality. I think there is an unnecessary amount of pressure on people to always look their best, especially on teenage girls. There are 12 year old girls going to socials in the local GAA club and spending €30 to get their makeup professionally done. And when girls start doing this it makes the other girls feel inferior, leading to cliques and groups.

Girls are raised to see each other as competitors but not in a way that’s beneficial like for jobs or accomplishments but in the competition for men. I know this isn’t the case for all girls and I also know that makeup isn’t just worn to impress men, but I do think it has a huge part to play in the low self-esteem issues in young women. I think that young girls seek the attention and acceptance from the opposite sex by posting pictures and looking for likes.

From a young age we’re read books and watch movies about the handsome prince saving the beautiful princess, so from a young age the idea of women needing men is planted in our heads. But recently Disney have brought out new movies expressing that women don’t necessarily need men for example Frozen, which I think is really important for young girls to start seeing.

The unrealistic appearance of a woman having; perfect skin, tiny waists, perfect breasts, and perfect bum, all with a weight of under 60kg, are unrealistic images of beauty, physically impossible for many of us. The same thing applies to the ripped abs, chiseled jaw for men shown through famous sportsmen and male fitness models, which for many is impossible to achieve without illegal steroids.

Yet we are told that these unattainable bodies are normal, desirable, and achievable. When we don’t we develop a strong sense of dissatisfaction and low self-esteem. And this can lead to the use of illegal steroids, plastic surgery etc.

In conclusion, I think as a teenager in 2017, there is a lot of pressure on appearance, and while I think the media plays a part in this I don’t think it’s the only cause, I think more people need to realise that appearances don’t last forever and there are much more important things to think about.

Share this article -
Published Feb­ru­ary 10th, 2017
Last updated July 3rd, 2018
Tags self image body image social media
Can this be improved? Contact editor@spunout.ie if you have any suggestions for this article.