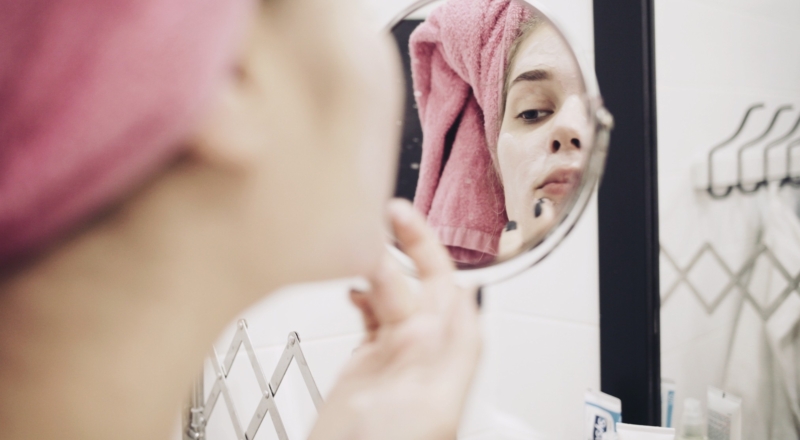 How acne impacted my confidence growing up

Having tried a number of different treatment for her acne, Ríona shares her journey to becoming comfortable in her skin

Written by Ríona Nolan and posted in opinion

From the age of 12, I suffered with severe acne. Transitioning from primary school to secondary school was hard enough, but having a lack of confidence due to my acne didn’t help. I tried almost everything to clear my skin; tea tree oil, sudocream, face masks, I drank more water, I went outside more. I did almost everything but nothing seemed to work.

The impact on my confidence

I lacked confidence due to my acne. It was really difficult to hear people complaining about how “bad” their skin was, by only having one or two spots, while my face was covered in them. I was constantly comparing my skin to others. Putting on makeup did nothing but draw more attention to my spots. I was emotionally drained from having acne. Acne can have a massive impact on your self esteem and confidence and not many people realise this. Early teenage years are tough enough as it is, without having severe acne on top of everything. Looks shouldn’t play a vital role in our society, but when it’s your looks it can be ’s vital to you. So the next time you meet somebody with acne, be more empathetic towards them, because it’s something a lot of people internally struggle with.

Going to a dermatologist

It was not until I was 14, that I was brought to a dermatologist who recommended to me an intense medication, that I was to go on for nine months. I was terrified as I had to make the choice whether I wanted to take this medication, that is known for being slow burning with harsh side effects, such as extremely dry and sensitive skin and very low moods. Or just take the risk and see if my acne would somehow calm down. I was extremely apprehensive about taking it, but knew it was for the best.

Thankfully I decided to take the medication. The nine months I was taking the medication were some of the toughest months of my life. The side effects were very difficult to deal with and I only started seeing results by month five. But those nine months paid off and my acne cleared up. I was over the moon with the results and could feel my confidence boosting again. Sadly, this clear skin and confidence only lasted about a year. In early 2018, my acne returned. And this time it was worse. The thought of having to go on the medication for a second time was upsetting and frustrating. For the majority of people, one course of the medication is sufficient to clear up their skin forever. But for me, it was second time unlucky.

At the beginning of the year, I met with my dermatologist again, and he decided to put me on the same medication for the second time, but on a higher and stronger dosage. This meant the side effects would be harsher, and the process would be even slower than the first time. I was determined not to let my acne defeat me. If this meant going through a painful journey for the second time, I was willing to do it. It felt as though my acne would be a never ending cycle and a constant battle. I wasn’t sure how much more treatment I could take. But by the end of 2018, I had clear skin once again. And thankfully I can say still to this day, I have clear skin.

Now, after having all my treatment this doesn’t mean my skin is flawless. I’ve multiple scars on my face from picking at spots which has also led to blemishes. I still get the odd few spots, but that’s completely natural as I am a teenager. Thankfully though, my skin is nothing like what it used to be. I used to look in the mirror and completely break down because of my acne. Friends and family would compliment me, maybe on my smile or eyes, but all I could see were intense red lumps and bumps all over my face. Having acne was something I had to deal with everyday for years. Now I look in the mirror and I’ve accepted the little scars and blemishes, because it’s a part of me and now I’m confident in my own skin.

Share this article -
Published May 7th, 2020
Last updated Sep­tem­ber 18th, 2020
Can this be improved? Contact editor@spunout.ie if you have any suggestions for this article.