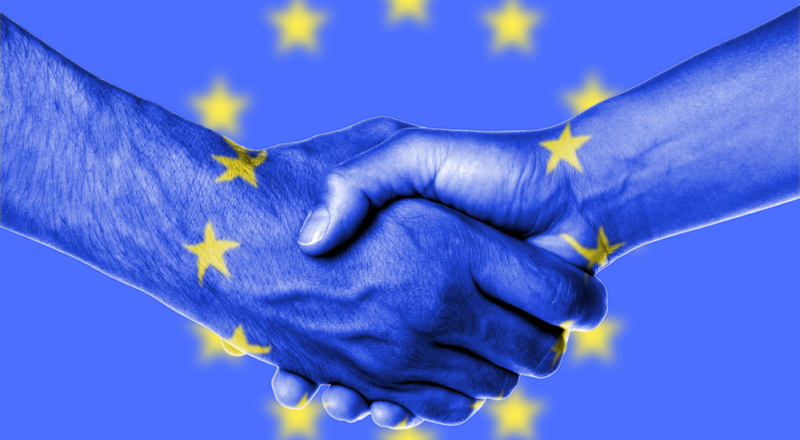 How can we build a better Europe?

Written by Elisa Gambardella and posted in opinion

Ten months after the Brexit vote we still have a few certainties about the future of the EU. The European institutions seem to struggle to react to Brexit strongly and unanimously, with the only very clear consequence of the British vote being even more widespread disenchantment with the European project.

A few weeks ago the European Commission released the Future of Europe white paper, where five scenarios are outlined as the possible reactions to Brexit. Still, from business as usual to the different speeds solution proposed by the Chancellor Angela Merkel, it is clear that there is “great disorder under the Heavens”.

We have been here before: in 2010, when the public debt crisis exploded. Although the reasons behind the British vote are many, Brexit can be interpreted as the reaction to six years of no proper answer to the suffering of more and more Europeans during the crisis. The reaction to austerity, the lack of social policies and the inability of the EU institutions - including the national governments that take decisions in the EU Council and the Council of the EU - to demonstrate that the European project finds its foundations in something more than the single market.

A glimmer of hope

The European Union would be considered an unquestionable asset by the European population if it implemented social policies that enable the youngest generations to work, emancipate themselves and build their future. Enabling them, therefore, to contribute to the knowledge, skills and progress of the whole society. While our social cohesion falls apart, the EU should focus on the promotion of intergenerational social inclusion, building a society where not just the young, but also the old can add their experience and feel an essential part of society rather than a burden on it.

The glimmer of hope for moving forward with the European project exists in the form of the European Pillar of Social Rights. But it might be too little too late. Too little because enlarging and improving EU social policies has to go hand in hand with other reforms. The EU decision-making process has to become more democratic, inclusive, and understandable for each citizen. The European Central Bank should be reformed, first of all, to include “full employment” among its targets.

The European Union, and particularly the Eurozone, is about creating more opportunity and expanding the sphere of freedom, rather than restricting it. Instead, the budget rules established by the Stability and Growth Pact have restricted the ability of governments to have strongly expansionist fiscal stances, and in so doing have prolonged the misery brought about by economic slumps. Not least, the EU is not an island: the Social Pillar can’t be the only answer to the changing landscape in which the EU has to move.

In a changing world, confusion can be tackled by making sure that the digital society we’re going to live in is open, democratic and inclusive. By ensuring that proper investments are made to finally make the so-called “knowledge society” a reality. A reality where everybody has the possibility to grow, emancipate themselves and pursue their own personal fulfilment. Where nobody is left behind and well-being is never conceived just for some happy few, but for all.

The fear of the digitisation of the labour market can be tackled if we are brave and smart enough to consider it as an opportunity to improve the working conditions and work-life balance of workers. Brave because it must be monitored, with every risk of digital divide being torn down promptly and effectively. All these policies and reforms have to be linked to the green economy in order for social innovation to thrive in building a sustainable and fair economic development model, where new jobs can be created, especially for the youth.

The European Union after Brexit can exist only if it becomes the democratic and open house that works for all. The place where disadvantaged people - the poor as the refugee as the many communities still discriminated against in our society - are welcomed and matched by proper public policies that enable them to build their walk of life, step by step.

To be proud of the European project and optimistic about its future requires a lot of effort today. It requires memory of our past first, and a deeper-than-usual understanding of international relations and economics, secondly. Most importantly, it requires the belief that solidarity is a value in itself. To appreciate the European Union one has to understand its working principles, while its institutions are felt as distant, complicated and therefore problematic.

It is disillusion and malaise to reduce the will of European citizens to believe in a brighter future -  to believe in the basic principle that diversity makes us stronger if we stick together. The different speeds proposal proposed by Angela Merkel, implies that even some Governments don’t believe in that principle anymore.

The many limits of EU action can be then easily interpreted and sold as a cage which damages the “good old national virtues” espoused by populist rhetoric all over Europe. Even when it may look obvious why staying united is better than falling apart, it becomes more and more difficult to convince the citizens of it. It is becoming rare to state with no angry retort that in a globalised world a single State of Europe could never represent more than a distant echo in an aggressive international arena, while the EU as a whole can better represent the values and interests of our region. The region itself became an abstract concept - where the founding values of our community are not uniting the population in the face of terrorist attacks or protectionism, but rather are being questioned to their very core.

Emerging from the dark

This widespread confusion and disenchantment hasn’t come out of the blue. The European Union we live in, the one judged worthless by the British citizens and Le Pen or Mélenchon voters in France, is not the project that unites the people of the European countries. It’s not based on the people’s different needs in a changing world, nor on the idea that our society is not fair enough. It’s clear that much more needs to be done to free opportunities for all.

Our recent past was driven by the short-sighted austerity vision, that could have led to the rejection of the whole European project that we are now witnessing. It brought a relevant bracket of the European population to refuse the very idea that openness and solidarity are builders of  well-being.

In this dark scenario, European youth has the insights and the strength to be involved in the advancement of the EU project, making it more democratic and inclusive. Unchaining the energies of young people  through policies that empower them means re-launching the European Union itself.

I have been a member of the Young European Socialists for some years now, taking an active role in the organisation of many of its activities. What has always fuelled my commitment to the European youth movement is the conviction that a strong and well organised European organisation can only enhance each local struggle in the society to make it better and fairer. Today we face the serious threat of the collapse of the European Union. We must be the ones marching for its future, our future, as we did in Rome on the occasion of the EU’s 60th anniversary, and demanding innovative, far-sighted and brave reforms to make it a more democratic, inclusive and just place.