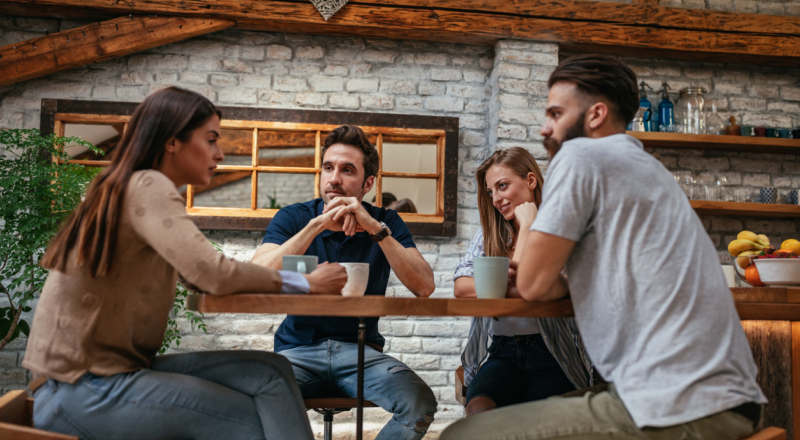 Why it's important to challenge sexual assault myths

Written by Maeve McTaggart and posted in opinion

A year on from the Weinstein revelations and the #IBelieveHer revolution, it seems that while consent has become part of our daily vocabulary, it is often considered by some to be a grey area - vague definitions and hypothetical scenarios, excuses and exaggerations - when things really are more black and white. Consent is, according to the Dublin Rape Crisis Centre, ‘the voluntary agreement in a relationship where there is equal power to engage in a particular sexual act.’ In other words, both people involved have soberly and consciously agreed to the act, and both have the right to retract their ‘yes’ at any time. Consent workshops on campuses and secondary schools have begun to revolutionise the way in which our society approaches the subject of sexual assault, with the Sexual Offences Act of 2017 providing a legal definition of consent for the first time in history.

Despite this, it takes a long time for a whole nation to unlearn their preconceptions of sexual assault, to debunk the myths with which they have navigated the issue of consent. For some, the fact and fiction which surrounds consent can become blurred, especially when social media can become an echo chamber of fake news. To have a conversation about consent, we must first sift through our preconceptions and find the truth.

In recent months, allegations of sexual assault have become a much-discussed topic in the media, and yet we still sometimes struggle to rationalise what the word itself even means. Often, in the ‘debate’ on consent, allegations can be labelled by some groups of social media users as ‘false’ - and perhaps these people have become so desensitised to our media stories of sexual assault that they have become numb to them - but their criticisms of survivors come bearing a myth which must be debunked. Recent research estimates that of all reported allegations of sexual abuse, legally well-founded cases surmount to 91 to 98% of all allegations across Europe. Researchers referred to the remaining 2 to 9% of allegations as ‘false’, but not necessarily maliciously so. ‘False allegations’ is the title given to any allegation where no crime can legally be seen as having taken place - the involvement of alcohol, of drugs and even of mental health issues can affect this conclusion. While allegations of sexual abuse may be difficult to hear against your favourite celebrity, it is vital to our conversation on consent that all those with a story of sexual assault are treated with respect rather than skepticism The accused are innocent until proven guilty, but so too should the accuser.

To react to accusations with prickled backs is dangerous and it threatens the culture of understanding and respect for survivors which movements such as #MeToo have fostered. For survivors of sexual assault, a public unravelling of your most private, terrifying and vulnerable moments can be a nightmare. In telling their story, they are forced to relive the assault again and again - inhibiting their own healing at the price of getting justice or raising awareness. Their story can be a challenging one to tell. Therefore, for months or years to pass before a person comes forward is not unusual. It is not evidence of a ‘plot’, or an attempt at ‘revenge’ - it is someone who is no longer able to or no longer wishes to stay silent. For some people, sharing their story can be liberating, as can being supported, heard and believed by those to whom their story is told. Stigma can be silencing. It permeates a person’s confidence, even their consciousness. Following a sexual assault, it is not unusual for a victim to question their own experiences - whether what they experienced warrants the label of assault, even whether or not they were ‘asking for it’. If their story is met with a negative reaction, this reinforces these thoughts and questions in the mind of the survivor. Described as ‘victim-blaming’, the act of contesting a victim on their experience through wondering what they were wearing, if they were drunk or ‘flirty’ or ‘promiscuous’, is dangerous. It discourages survivors from coming forward and faults the victim for what happened to them, rather than the perpetrator.

A common misconception about survivors of sexual assault is that they are always female. According to Rape Crisis Network Ireland, 1 in 10 Irish men have been sexually assaulted in adult life. The report states that male survivors disclosed sexual assault followed by rape as the most common forms of sexual violence perpetrated against them.

Consent, although a black-and-white definition, melts into grey-chrome when we, as a society keep changing the rules. In having a different set of criteria for celebrities than we have for our friends, or for women then we have for men, we sustain a culture where survivors may not feel comfortable coming forward to tell their story. In making excuses for the shortcomings of our favourite celebrities and sports stars, or demanding the allegations should play out in our court of public opinion, we are creating a double standard - supporting survivors only when it’s easiest. In only considering the heteronormative experiences of sexual assault, or glossing over that sexual assault can occur within relationships, we are forcing survivors into silence. If it is not an active and constant ‘yes’, then it is not consent.

Share this article -
Published July 1st, 2019
Tags opinion sexual assault rape consent
Can this be improved? Contact editor@spunout.ie if you have any suggestions for this article.

What to do if you have been sexually assaulted
Why do people freeze during a sexual assault?
Reporting from The Safe World Summit: An inspiring and empowering event