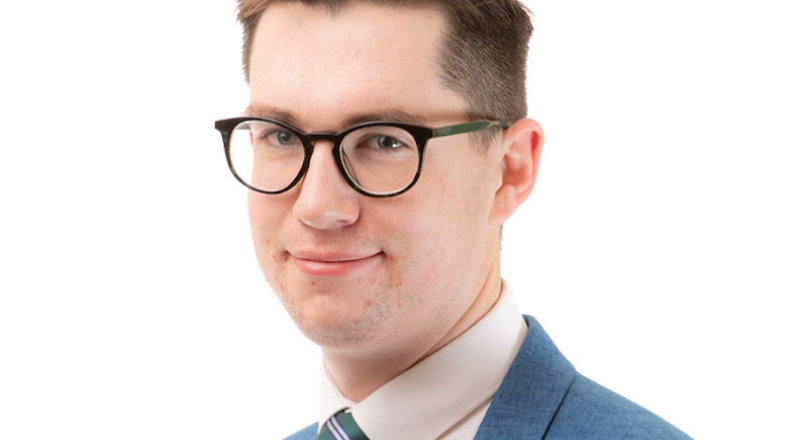 Political systems can change when more young people get involved

As part of our Young People in Politics series, Daniel Whooley shares his experience from the 2019 local elections and talks about his plans for the future

Written by Daniel Whooley and posted in opinion

Exciting! As a first time candidate everything was new to me, from hanging up posters to canvassing, but I loved every second of it. There was many lonely nights where you are canvassing in dark and wet conditions but its all worth it when you find someone who is willing to talk to you about the issues they have and are willing to listen to your ideas.

Canvassing was by far the most successful thing that we did during the campaign. Because of my age, a lot of voters were willing to listen to my ideas and wanted to discuss and chat about their issues, not just have a candidate lecture them at their door for 10 minutes.

Be more strategic really. It was myself and my campaign manager's first time running an election campaign. We had decided on a canvassing plan that had overestimated the amount of houses we wanted to hit but because it ended up just being ourselves most nights, we didn't reach the amount of houses we aimed for.
Next time round, we would look to be more conservative with our plan and if we have time left to canvas more houses then we can do that.

Definitely! Each generation has a unique take and experience on issues that affect them and it is crucial that we listen and adapt our policies and laws based on this but that is not possible if we don't have the representation.

And why not get involved? We have had arguably two generation defining moments in the past decade with the marriage equality and repeal the 8th referendum and it showed people that your voice DOES matter and that systems will change when enough people get involved.

The will to tackle the issues. I ran on trying to reduce the anti-social behaviour in my area by listening to the young people, finding out the root of the problem and asking them what alternative can the council provide for them.

This approach stems from being in their shoes not too long ago! The reason why my friends and I would hang on street corners and park entrances was due to boredom and the lack of facilities that were accessible to us. But the biggest challenge is that my approach is unconventional and other councillors may disagree with it.

Never give up on your dreams. I know how cliche that sounds but if you had told me that I would be a councillor on the Fingal County Council a year ago, I would've thought you were mad! It takes a lot of hard work, a lot of sleepless nights and its destroyed a fair few shoes but it's worth every minute of it!