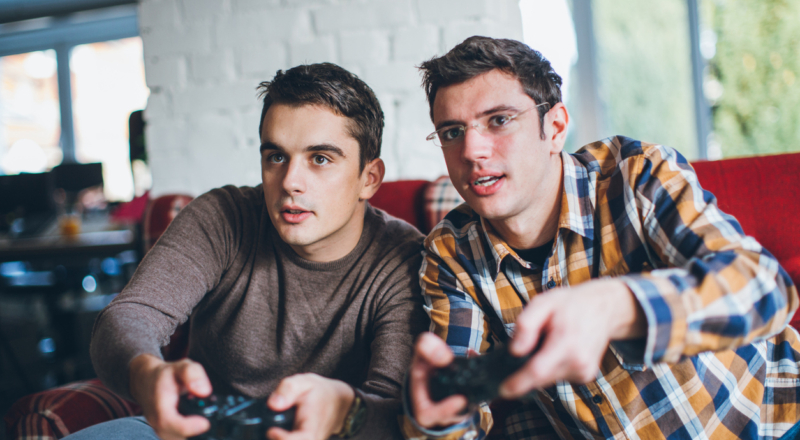 How I felt after giving up smoking

SpunOut.ie volunteers Dylan knows giving up won't be easy but he's determined to give it a go 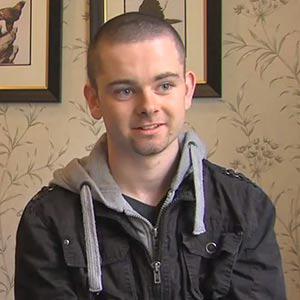 Dylan shares what the first two weeks of quitting smoking were like for him.

I woke up this morning knowing it was my first day without a cigarette. My morning routine revolves around having one, so I expected it to be a bit difficult.

I normally wake up, head to the kitchen and make myself a coffee. While the kettle is boiling I roll a cigarette and then enjoy it with my coffee. This morning I just had coffee. Now to most that isn’t a big deal but for someone like me, whose routine revolves around things like that, it’s a bit strange. It almost feels as if you’re forgetting something when you leave your house.

That said, today hasn’t been that bad. I haven’t had that many cravings. In fact, I have had none to be honest. The only time of the day where I missed it was in the morning when I normally have one with my coffee and then just after dinner. Again, I normally have one after my dinner to relax a bit. These are the only “scheduled” cigarettes I have during the day and the rest normally are when I have a few minutes to kill (yes, I do see the irony in that sentence). Maybe I am waiting to catch a bus, or waiting to head to my next lecture in college. It’s more of a thing I do when I have nothing else to do, really.

I actually expected a lot of this. The last time I tried to give up smoking it didn’t get hard until the third or fourth day.

I didn’t write anything for day two because, well, it was boring. It was just day one all over again. No real difference in how I was feeling, but then day three hit and boy do I feel like crap.

I woke up with a pounding headache and after taking a few headache tablets to try and kill it I was headache free for about four hours. It’s now back and I feel sick too. I knew this was coming but a tiny part of me hoped I would get to skip this part. The worst feeling about this entire thing is that I know smoking a cigarette will kill the headache and stop me feeling ill so the urge to go buy a pack is rather high right now.

I am going to hold out, I know that much, but if you had the headache I am currently experiencing you would realise the temptation is strong. That being said, this is my own fault. I am the one who got hooked on cigarettes. Imagine the worst headache you’ve had, multiply it by five, and then remember that there’s no way of getting rid of it except giving into the thing that gave you the headache in the first place. It’s torture, I’ll admit, but I know that this will pass in 48 hours.

The headache is still here. On top of that I got no sleep. I have a pounding headache, feel sick and am running on three hours sleep. I’ve been drinking a lot of water and I still feel like crap.

I got out of bed at 6am and within ten minutes I was craving a cigarette. I’m writing this at 7am and I have been staring at a box of fags for about half an hour, telling myself that it gets better.

I felt so bad yesterday that I couldn’t even write. I spent most of my day binge watching shows on Netflix in bed, hoping the headaches would pass sooner rather than later, but to no avail.

Bloody hell, how depressing is giving up smoking? I consider myself a pretty happy guy but man have I been a moody bastard for the past few days. I am cranky, depressed and over tired. I still feel like shit and you can probably tell by reading my writing over the past few days: It is slowly becoming more and more angry.

Everything is annoying me. I am very irritable and I even shouted at my sister earlier for breathing too loudly. What the hell is wrong with me?  Thankfully she is not taking anything I say personally this week and she understands what I am currently going through, but still.

When will it get easier? This is worse than the last time I gave up. Last time the cravings weren’t that bad and I wasn’t so irritable. I’ve had a headache for about three days and I still refuse to get nicotine patches or anything to help me. I want to cold turkey and I’ve done well, I feel, for the past 6 days without having anything to help me.

Granted I am a moody bastard, but still, I am sure it will pass.

It’s been a week. I am off cigarettes a week and I still feel like shit. That being said, I have noticed a few things. I am out of breath less and I don’t crave a cigarette as much as I did two days ago. The headaches are still here but I am planning to go for a long walk tomorrow no matter how I feel. A lot of people have been telling me to just go and relax so let’s hope I feel a bit better.

So I woke up this morning after my first night of proper sleep in a week. The headaches are gone and I feel a bit better. My mood has improved too. I don’t want to punch as many people as I did yesterday, which is a good thing. I didn’t go for that walk though. I decided to just relax at home and play Xbox for the evening and I feel much better. Both work and giving up smoking had been getting to me and it was nice to just sit down and relax.

As someone who works for themselves, and out of their own home, the line between work and time off seems to disappear. I never really know when I am not working and I seem to constantly be thinking about it. So I switched off my phone, turned off the internet and just took my anger out on people in a video game rather than real life.

My mood has taken a turn for the better. I feel much better and my body doesn’t seem like it’s trying to kill me anymore. I even went for that walk I told myself I’d go for two days ago. Do you realise how good you have to feel to take a walk? The weather has also taken a nice turn so it was nice to not think about work or cigarettes for a bit and get a bit of exercise in. I actually feel even better now than I did nine days ago.

Tonight will be a challenge. I am having a few drinks with friends tonight and this is where I will face my biggest challenge yet I believe. Drink is something which has always made me a worse smoker. I normally smoke twice, if not three times the number of cigarettes I would without drink. I don’t know what it is but for some reason when I drink I love a fag to go with it.

I am actually writing this part while I am in a pub, which is slightly weird. I have not caved and I am heading home soon. The temptation has been there. Some of my friends smoke so seeing them leave the bar to go outside for a smoke is slightly depressing. Depressing in the sense that I want one. It also makes me happy though because it’s raining outside and now I don’t have to get wet.

I didn’t cave when I was out the other night and I have yet to have a cigarette. This is the longest I have been without a smoke in about four years and I am rather proud. I feel ten times better than I did at any stage when I was on them and I have even started jogging. Anyone who knows me knows I don’t really exercise so this is a big step for me.

I feel great. My mood is without a doubt ten times better than it has been over the past few years and I am much happier with myself as a human, as weird as that may sound. Cigarettes had a hold over me for the past four years, and in a way I felt it was part of my personality; Dylan, the smoker. Now I know it’s not. I am way better off without them and I feel way better too.

If you’re reading this and want to give up, do! It’s the best decision I’ve made in the past four years. Don’t get me wrong, it’s not easy. It’s still not. I still crave a fag but I also know how I feel right now and I don’t want to go back.

Getting help and support to QUIT smoking

Share this article -
Published Sep­tem­ber 25th, 2014
Tags smoking quit smoking health opinion cigarettes vaping
Can this be improved? Contact editor@spunout.ie if you have any suggestions for this article.

How smoking is impacting my health
How to quit smoking
Why is smoking so bad for you?