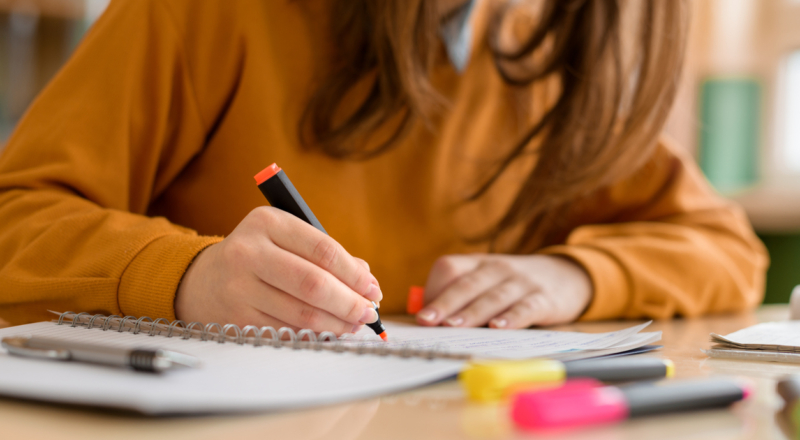 Helping students with health issues during the Leaving Cert

Written by Kate Ní Ghacháin and posted in opinion

The Leaving Certificate is often compared to a marathon and while the State Examination Commission (SEC) is not asking us to actually run, for students with long term health conditions they might as well be.

I have just finished sitting the leaving and to call it draining would be an understatement. I'm sure everyone was in the same boat for the last two weeks but I found the structure of the exams more difficult than most. I suffer from a chronic illness and one of the main symptoms is blackouts. I spent the weeks leading up to the exams petrified that I would become unwell during an important exam and be unable to continue. I put in hours of hard work throughout the two years and yet there was always the possibility that I would have nothing to show for it.

The Leaving Cert is stressful enough without this added pressure. I think most will agree that trying to squeeze fourteen years of formal education into a measly fourteen days is unreasonable. There seems to be a complete lack of understanding on the SEC's part that students get sick, be this an ongoing condition or a sudden illness. The support provided for students with an illness during exam time do not go far enough.

Due to my condition I received certain support throughout the exams, for which I am grateful, but this does not take away from the fact that the system is broken. The best that can be offered to students in a similar position is a separate centre and possibly rest breaks. We still must sit the exam no matter how sick we are on that day, or sit out the exam and repeat it next year.

This year's exams have seen important changes in how students who have had a recent bereavement sit the exams, yet the same compassion has not been extended to those who suffer from illness during the exams.

While continuous assessment would be many students preferred option, I realise that this would probably face the same logistical issues as the new Junior Cert. Instead I feel that a system of predicted grades would greatly benefit students in this position. Teachers would be asked to submit the grade or range of grades they expect a student to achieve based on house exams, homework and performance their in class. In the event of a student falling ill during the exams or underperforming due to an ongoing condition then the predicted grade would be brought in line with the national average and awarded instead. Another option would be extending the ability to sit exams at a later date to students with ill health as has already been granted for those who experience bereavement during the exams. Neither of these options are without flaw but in my opinion there needs to be some type of contingency plan put in place to alleviate the pressure on students with health issues.

Unfortunately this topic has been argued over and debated for years and yet we see no change. If meaningful change is to be finally achieved it must be done by consulting students, parents and teachers. It was Yeats who said that "education is not the filling of a pail, but the lighting of a fire." It is time for us to take up our torches and make our voices heard. We must be the change we want to see so that no other student suffers more than they should.

Share this article -
Published July 25th, 2019
Tags opinion leaving cert illness health
Can this be improved? Contact editor@spunout.ie if you have any suggestions for this article.

How to support a friend doing exams
Dealing with grief during your Leaving Cert
ACCESS: Going to college on the HEAR and DARE schemes