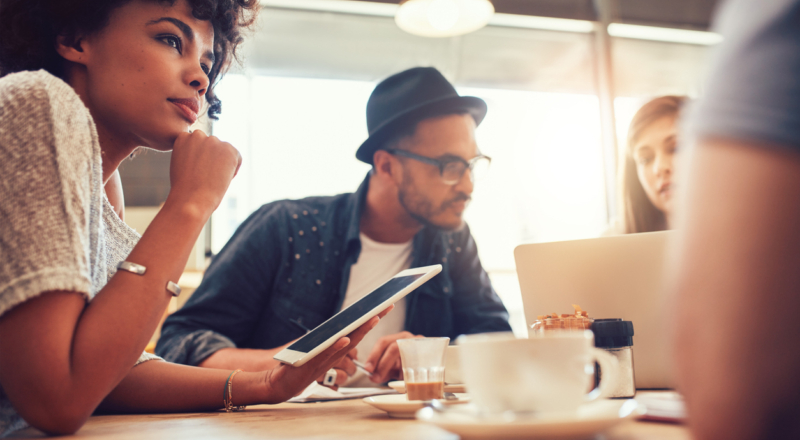 How our responses empower us or hold us back

When I was a child my Dad would fill our heads with tales of “Tommy Murphy” a young boy who always seemed to get himself into the stickiest of situations. Ironically, every time I was about to do something (or already had) I would get hit with a Tommy tale which went something like this, “Did I ever tell you the story of how Tommy Murphy fell down a tree?” or “Wait and I tell you about the time Tommy burned his hand while pouring a teapot that was just too heavy for him.” You name it, Tommy Murphy did it. And although Dad created Tommy for a greater purpose - in order to keep us safe - I interpreted his stories differently to the rest of my siblings. The others feared the Tommy tales because they always knew that things never quite worked out for poor Tommy. But not me. For me, Tommy was a hero, because although he was known for drawing the shortest straw, that never stopped him from drawing. He wasn’t a victim but he was a survivor, a survivor despite; having one eye knocked out resulting from a nerf gun, burns all over his body from hot tea/fire incidences, grazed knees from running with untied laces, cuts on his hands from running with scissors, a broken leg from falling out of a tree, a bloody tongue from licking a knife, a bandaged hand from the bite of an unknown dog, and a permanent black line on his tongue from all the lies he had ever told. Have I mentioned he’s my hero?

Tommy may have done questionable things from time to time but his response to those things were what made me love him even more. Dad never told me about all the times Tommy felt hard done by, and as a result, Tommy became a warrior in my mind. The type of person that no matter how many times he literally fell down, he always got back up. Sometimes I didn’t even know how that was possible because at one point I definitely recall him having two broken legs at once, but anyway. The point is, how we respond is a massive part of being human and if we are aware of just how much power we have at responding to things, we can change our outcomes for the better.

I don’t know about you but there have definitely been days where I have experienced (what I call) the “last chocolate biscuit” effect. You’ve had a bit of a meh day and things just keep piling up and then that biscuit you’ve been eyeing up for the past (give or take) 22 seconds gets inhaled by someone else and you unexpectedly lose your shit. In fact, you have a f***ing crisis. I try tell myself it’s only a biscuit but in hindsight it’s everything else that has led to that biscuit that has turned me into this devil child. Wait a minute, we have been here before Áine, maybe this time it’s a biscuit, and last time it was the wrong order but what if next time it’s a person? I used to work in a coffee shop and still get sweaty palms thinking of the endless snaking queues. You hand the person their “extra skinny flat white with a double shot of espresso, cinnamon on top and a dollop of cream (on the side)” and they look at you as if you have HIGHLY insulted their existence. “I said almond milk, not skinny”, and before you can count to 5…4…3…2…”I want to speak to the manager”. I like to give irate customers the benefit of the doubt sometimes. I think they’ve had a shitty day and maybe this is the one thing they were looking forward to and it just so happened that this was their “last chocolate biscuit” moment. Either that, or they’re just a horrible person!

Ultimately, if that customer had taken so much as a deep breath and explained what they initially ordered they could have spared 3 people’s time, effort, and f***s to give. And I’m only talking about coffee! Despite people’s caffeine addictions, there are far more important things we respond to impulsively that get us into sticky situations just like our friend Tommy. Like when someone tells us we aren’t good enough, getting a letter in the post to say you failed, a breakup, a setback, getting fired, and my all time favourite, when someone tells you they are pregnant and it’s a bit of a surprise to both them and you. I have seen some pretty horrific responses to the latter which include “Oh God, are you okay?”, “What are you going to do?” and even “Do you think you’re ready?” Now imagine how that person is already feeling. They are expecting a baby they hadn’t initially planned for and now someone lands the “are you ready” card on them. No matter how super human you are, no one is “ready” for that response and quite frankly, they shouldn’t have to be. And even if you are genuinely worried whether they are ready or not, change your response. Take a minute, breathe, and think how you would feel if roles were reversed. 3…2…1…I’m ready.

And sometimes life is one big shitshow, something happens that creates inner turmoil and no amount of “life is 10% what happens to you and 90% how you react to it” positivity crap can heal you. But these are the very moments that require a response the most. The moments where your mouth opens but your words fail. No response is still a response. So if it’s you or a friend that isn’t responding how they normally would, do something about it. Check in, turn up, and most importantly, respond. If Tommy Murphy taught me anything it’s that nothing is as bad as it seems, and that we are more in control of our responses than we even realise. To all the Tommy Murphy’s out there, may we know them, may we raise them, and may we be them (well, at least for the most part!)

Share this article -
Published March 28th, 2019
Last updated Octo­ber 23rd, 2020
Tags opinion
Can this be improved? Contact editor@spunout.ie if you have any suggestions for this article.