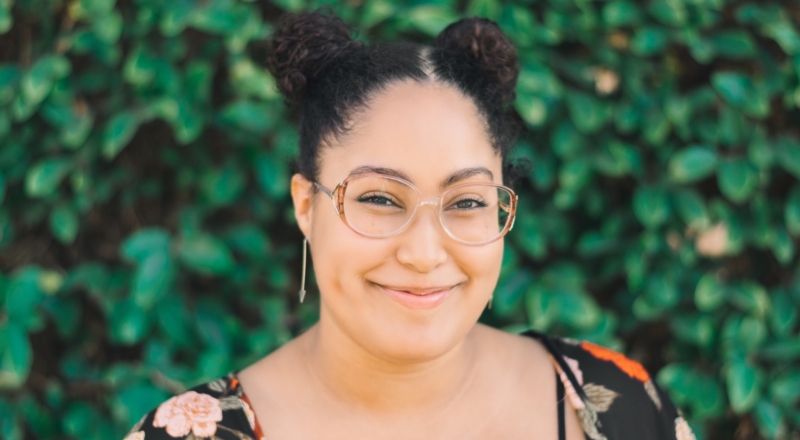 What I want people to know about invisible disabilities

Rebecca talks about living with Juvenile Arthritis, what helps her and how others can help with hidden illnesses

Written by Rebecca Adeyemo and posted in opinion

I’ve been living with an invisible disability since I was thirteen. I first began to notice that I had some symptoms during the summer. I noticed that my knees and fingers would get very swollen in the morning which is something I’d never experienced before. I also began to feel stiffness each morning and found it very difficult to get out of bed. Simple tasks such as walking long distances and upstairs became a challenge for me. My energy levels weren’t as normal, and I found it difficult writing for long periods of time in school.

Due to the pain and extreme fatigue, I missed several months of school. I spent several weeks in the hospital and doctor’s office. After being hospitalised and getting a series of tests, I was diagnosed with Juvenile Arthritis at age 13. I was then transferred to a rheumatologist (someone who works with joints) for further treatment. My life after being diagnosed took quite a turn. It was a shock to hear that diagnosis because at that point I believe that only adults and the elderly can get arthritis. My life after being diagnosed consisted of several appointments on a monthly basis to hospitals for MRIs, and physiotherapy. This definitely took a toll on my mental health as it was a lot of change happening at once.

What is Juvenile Arthritis?

Juvenile arthritis is a disease, which starts before the age of 16, where there is a swelling of the tissue that lines the inside of joints. This means one or more joints are inflamed, swollen, painful, stiff and they may not have as much range of movement as other joints.

According to Arthritis Ireland, each year approximately 1 in 10,000 children in Ireland is diagnosed with JIA making it almost as common as childhood diabetes. It can begin at any age, although it’s more common in younger children and while it can develop in both boys and girls, most types are more common in girls.

What has helped with my invisible disability?

There have been a few things that have helped me over the last few years. Depending on the type of disability and person themselves, some people may find different things helpful so it’s worth finding out what works for you. For me personally, being a Christian definitely helped me a lot in changing my perception of what it meant to have an invisible disability and understanding that an illness is a very small part of who a really person is. I think it’s really important to know that an invisible disability does not define you as a person. My faith definitely made the recovery process and diagnosis a lot easier to accept and understand.

In Ireland, there are many different supports available today, getting in contact with an occupational therapist was very useful as I was able to receive support such as ebooks and a laptop which helped greatly in classes where a lot of writing was involved. There is also the DARE scheme and availing of some of the supports under the scheme, such as getting a scribe, or being able to use a laptop to type exams was very helpful for me in the beginning.

Meeting young people with similar experiences was really useful for me to come to terms with the diagnosis. I also went to workshops and camps led by Arthritis Ireland and got in contact with ICAN Ireland where tips and advice was given on how to manage with juvenile arthritis as a young person. I also believe having a great care team is helpful. A care team is usually a group of professionals such as a rheumatologist, paediatrician and physical therapist who all work together to support you.

I found taking time to myself to just rest and recuperate to be really helpful. I think it’s very helpful to understand the importance of self-care and rest and how beneficial it can be to your mental and physical health.

What I like people to know about invisible disabilities

Share this article -
Published Sep­tem­ber 3rd, 2020
Can this be improved? Contact editor@spunout.ie if you have any suggestions for this article.